With the new update, you will also get new immersive atmospheres. The FIFA 18 World Cup Stadiums are the exactly the 12 official stadiums of the tournament, featuring national team banners and high-resolution crowds.

The free update for FIFA 18

The free World Cup update for FIFA 18 provides not only the authentic teams, players, and presentation from the tournament, but also the 12 official stadiums in Russia. Whether you want to play matches exactly where they will be in the actual tournament, or you’d rather change it up and play any match in any of the official stadiums, FIFA 18 World Cup puts you in control of an epic World Cup experience. Each stadium will also be filled with the sights and sounds of the World Cup, thanks to authentic pitch environments, dressings, national team banners, and high-resolution crowds. Learn more about the individual World Cup venues below. 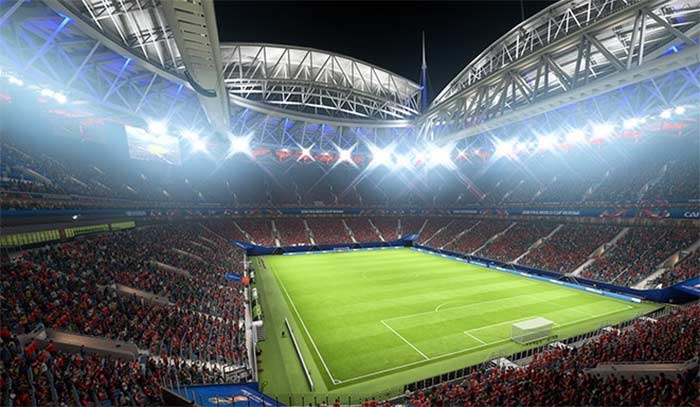 FISHT STADIUM, SOCHI | Capacity: 48,000
Built as a closed arena for the 2014 Winter Olympics, Fisht was re-opened for the World Cup and other open-air sports in 2016. 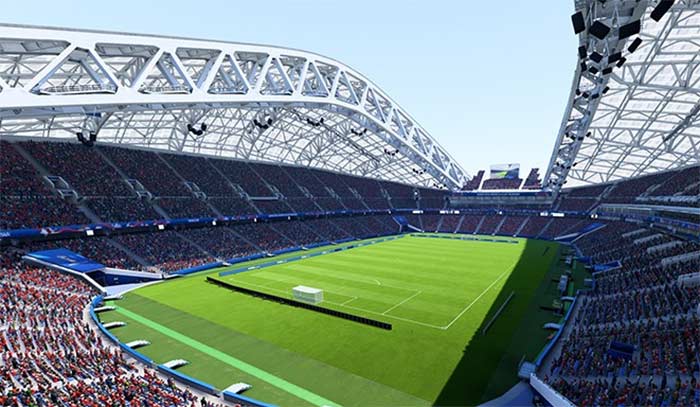 EKATERINBURG ARENA, EKATERINBURG | Capacity: 35,000
Though originally built in 1957, it has been renovated twice — most recently because of its inclusion as a World Cup venue. Ekaterinburg is the easternmost stadium for the World Cup, and has just the second-smallest crowd capacity at 35,696. 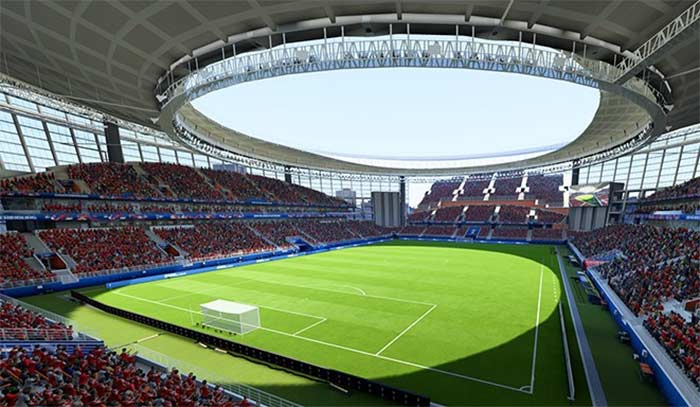 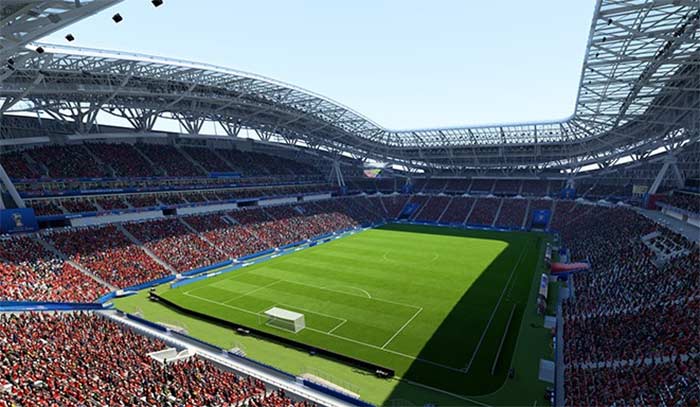 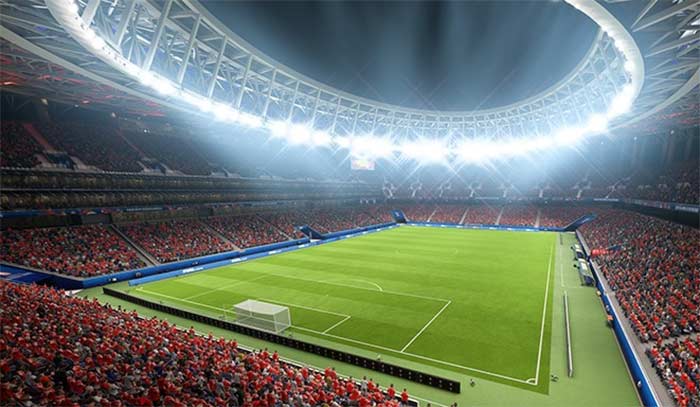 ROSTOV ARENA, ROSTOV-ON-DON | Capacity: 45,000
Located along the scenic Don River, this recently-built stadium has its seats organized in a way that provides a variety of views of not just the pitch, but also the river and the rest of the city. FC Rostov will make the stadium their home after the conclusion of the World Cup. 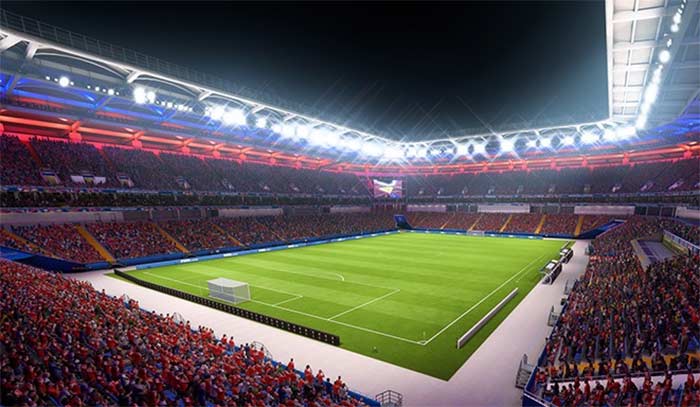 SAMARA ARENA, SAMARA | Capacity: 45,568
Another recently-unveiled stadium designed with spaceships in mind, Samara Arena looks spectacular at night thanks to the lights that line nearly the entire exterior. Krylia Sovetov Samara will be the lucky residents of this impressive new venue in the fall. 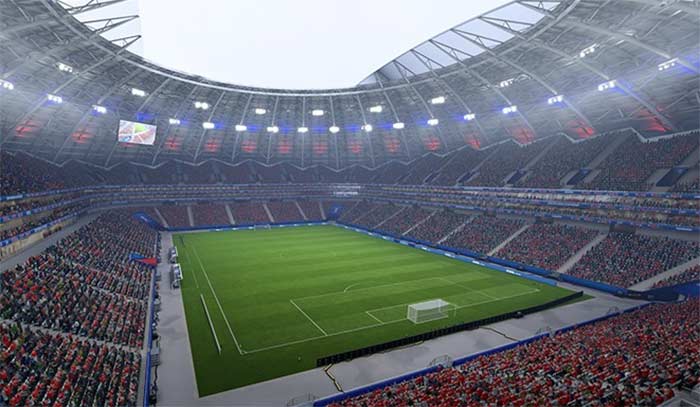 MORDOVIA ARENA, SARANSK | Capacity: 45,000
This brightly-colored oval arena was in construction for almost a decade, originally designed and built to honor the Mordovian people. It becomes the home of FC Mordovia in the future, and will likely host many other important sporting events in the region. 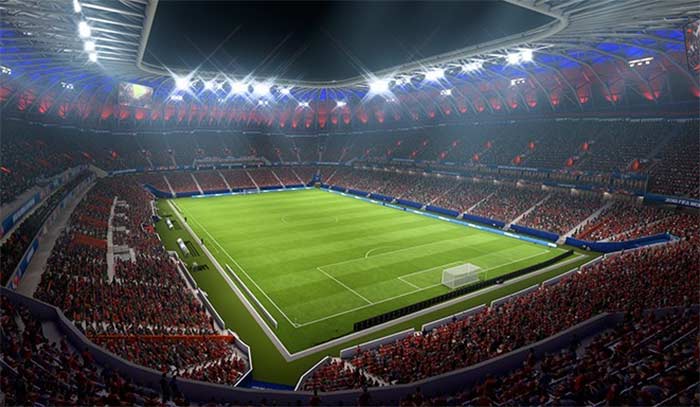 VOLGOGRAD ARENA, VOLGOGRAD | Capacity: 45,000
Built on the site of the Volgograd’s former stadium, the Volgograd Arena has a unique design that opens outward at the top, rather than inward like most stadiums. It also has a unique exterior, with supports designed to look like fireworks when lit up at night. The roof is designed to look like spokes on a bicycle, making it feel larger and more open from the inside. Rotor Volgograd will take up residence post-World Cup. 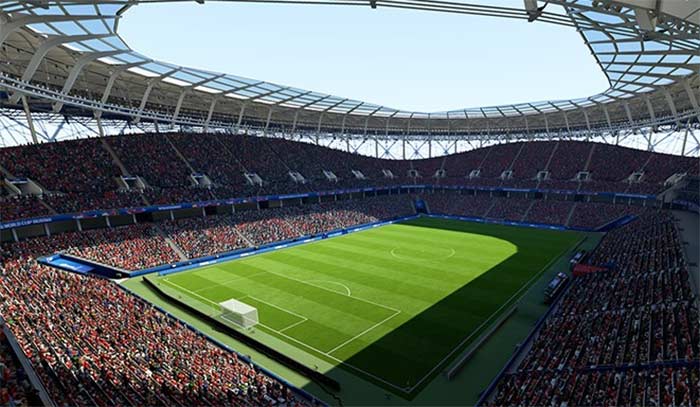 SPARTAK STADIUM, MOSCOW | Capacity: 45,000
Moscow’s second World Cup venue was built in 2014 to finally provide Spartak Moscow, one of Russia’s most successful and popular teams, with a home stadium. The facade is made up of many diamond-shaped panels that are usually Spartak’s red and white, but can be changed to other colors for different events. 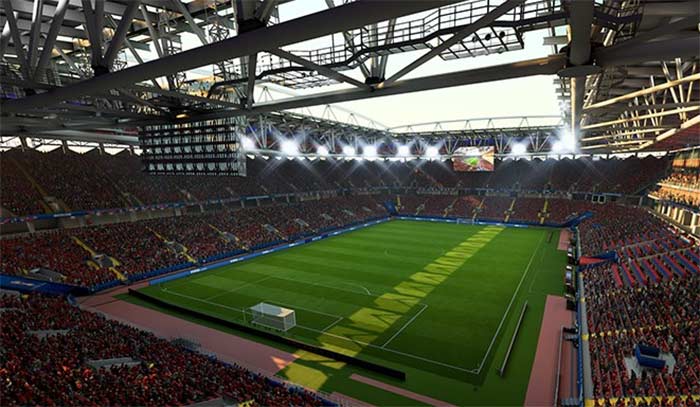 KALININGRAD STADIUM, KALININGRAD | Capacity: 35,000
The smallest of the World Cup venues by capacity, Kaliningrad Stadium is actually situated on Oktyabrsky Island, which sits in the Pregolya River that runs through the city. The design is based on Munich’s Allianz Arena and will host Baltika Kaliningrad in the future. 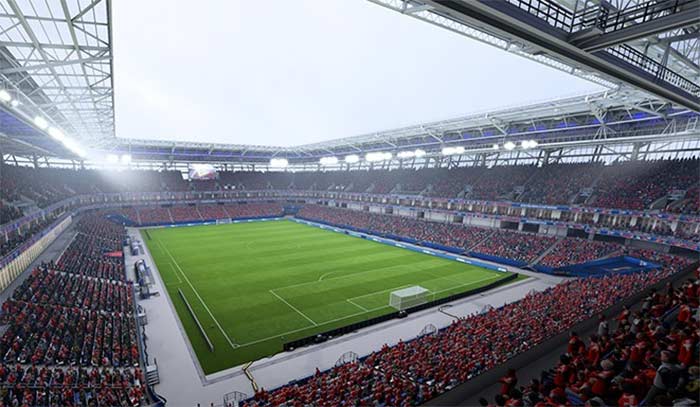 LUZHNIKI STADIUM, MOSCOW | Capacity: 80,000
The site of the 2018 World Cup Final, Luzhniki Stadium is home to the Russian national team and regularly hosts domestic cup finals. Situated in the rolling meadows around the Moskva River, the massive stadium is only part of an even bigger complex used for a variety of sports. 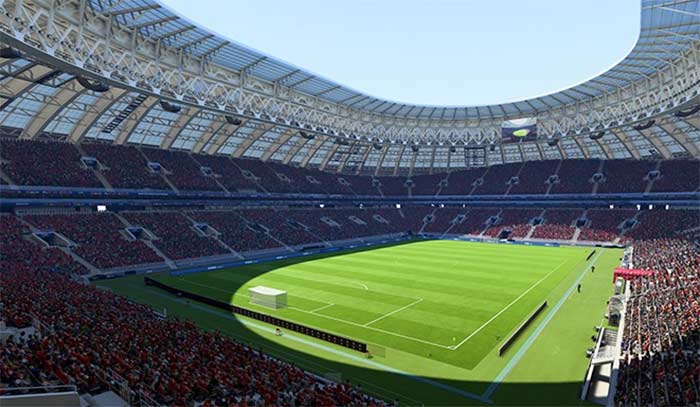