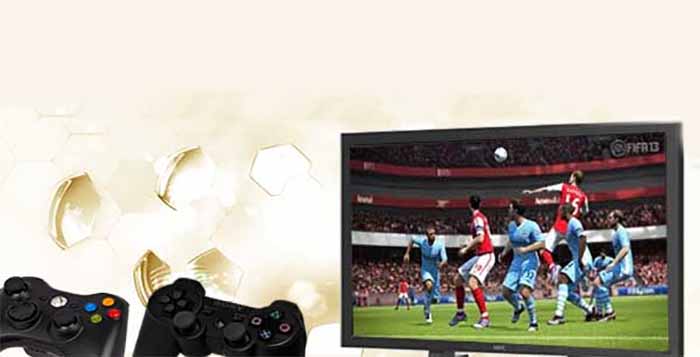 The Consoles Method is one of the most difficult to apply and so one of the least used among FIFA 13 Ultimate Team players.

Find out what you must do to earn coins with this method and how to maximize the profit.

What is the Consoles Method on FIFA 13 Ultimate Team

If you know how the market will behave in the future, you can take advantage of this buying and selling cards in order to generate richness.

The Consoles Method consists on taking advantage of the cards prices behaviour predictability of one platform depending on what happens with the other one.

How to earn coins with the Consoles Method

If you ever carefully analysed the evolution of FIFA 13 Ultimate Team prices in different platforms, you will have noticed that their behaviour is the same for the PS3 and for the Xbox 360. The PC market is too irregular.
The average cards prices are higher for PS3 but the evolution over time seems a photocopy for both consoles.

Most of the times, the cards become more expensive or cheaper simultaneously on PS3 and XBox. However, if you notice that a price has changed on the console which you do not usually play, you know that it will happen very soon on your console.
Information is power. Buy the cards whose prices will increase and sale the cards whose prices will drop. This is profit …
If you usually play FIFA 13 Ultimate Team on XBox, then you have a slight advantage. The difference is very small but it seems that the PS3 market is usually the first to react.

Here are the steps to apply the Consoles Method on FIFA 13 Ultimate Team:

Analyse the cards prices on both consoles.

Buy the cards which price risen on the other console.

Sell the cards which price dropped on the other console.

To optimize this method it is important to improve the cards prices control on both platforms.
There are two ways to do it:

It is impossible to control all the FIFA 13 Ultimate Team prices. If you want to increase your chances of success choose a niche and follow the prices evolution of this group of cards. Preferably, choose regular cards (not IF) with high CardWeight.

On some occasions, the database can be extremely useful. This is one of them. To more easily monitor the prices evolution on PS3 and XBox market, use a database, such as ultimatedb.nl, that allows you to know the price history of any card. It has the disadvantage of not being updated in real time, which can be crucial in many cases, but at least your work becomes much easier.

If you use a database to compare the prices of the same card in the PS3 and XBox market, do it always to the average price (blue line)

How many coins can I earn with this method on FIFA 13 Ultimate Team ?

In FIFA 13 Ultimate Team, the amount of coins that you can earn with this method is virtually unlimited.

Advantages and Disadvantages of the Consoles Method

This method is very original and rarely used, so the competition is almost zero.
Someone who knows how to use perfectly can make fortunes.

The vast majority of players only have FIFA 13 Ultimate Team for one of the platforms. They have to use a database to track market prices in another console. This means that they always will be delayed thanks to the database.
The Consoles Method requires highly experienced players and with a great analytical mind. It is therefore very difficult to apply.

Should I use the Consoles Method ?

Firstly because most of the players will not be able to apply it properly, incurring in potential losses.
It is a method that requires a lot of training. Even the most experienced players choose other methods of easier profit.

But if someone specialize in this method, will get privileged information all the time. Which is to say: will have all the coins that want.