Do you know the new FIFA 21 gameplay features ? If you don’t, you are in the right place!

All the new FIFA 21 Gameplay Features

A new Agile Dribbling system gives you the means to unleash your creativity in 1-on-1 situations. Use fast footwork, more responsive close control, and new skill moves like the ball roll fake to explode past defenders.

In FIFA 21, increased positional awareness elevates footballers’ in-game intelligence to put them in the right place at the right time. See world-class forwards hold their runs in line with the last defender, creative playmakers find space to play through balls, and midfielders shut off passing lanes as players better live up to their real-world understanding of space and time on the pitch.

Get more control over your attackers’ movement with more ways to break down the defence in build-up play:
– Directed Runs (Flick the right stick after triggering a run to take full control over the direction of the runs your teammates make);
– Directed Pass and Go (Flick the right stick to decide where your teammate makes their run after a pass);
– Player lock (Press in both sticks to lock to your current player when on the attack).

A re-imagined collision system creates smoother player interactions all over the pitch. Key footballing moments like goalmouth scrambles and battles for possession in the midfield will resolve more naturally, resulting in fewer free for alls and less falling over each other when players fight to be the first to the ball

Updates to the fundamentals of football raise the game all over the pitch:
– Passing (A more perceptive understanding of space and opposition positioning allows players to play a more intelligent passing game in FIFA 21);
– Blocking (A new blocking system creates more balanced outcomes when defenders block shots and crosses);
– Responsiveness (Faster reaction times unlock more responsive players, enabling them to better escape from tight situations when under pressure from opponents)
– Manual Headers (Take full control over headed shots and passes with manual headers that send the ball exactly where you aim). 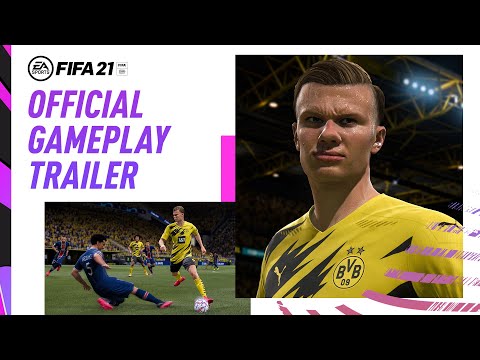 All the new FIFA 21 Gameplay Features for Next-Gen

The new gameplay features for the new consoles

Feel Next Level in FIFA 21 on PlayStation 5 and Xbox Series X with new technology that takes The World’s Game from visual to visceral.

Feel the game. Fast to the field.

Controller Haptics
Sense the impact of shots, passes, catches, kicks, tackles, and hits with immersive controller haptics. A new DualSense controller on PlayStation®5 with rich and responsive haptic feedback deepens the gameplay experience letting you feel the rhythm of the game in your hands.

Blazing Fast Load Times
Faster load times get you in the game quicker than ever. Never lose focus as stadium environments will load with unprecedented speed, letting you get to the kick-off in seconds.

More detail, lit next level, everywhere. Detail to separate the best from the rest.

Realism reimagined. Emotion is everything.

Off-ball humanization
From adjusting shin pads in the 89th minute to screaming for passes in the endzone, player humanization unlocks the most authentic character behaviours ever seen in sports video games letting you see the detail and feel all the emotion of football at the highest level.

It’s in the game.

Gameday immersion
New contextual player, bench, and fan reactions let you feel the explosive passion of a last-minute winner or a game-clinching touchdown. And pre-game cinematics deliver an unprecedented matchday experience to immerse you in the sights and sounds of professional football. 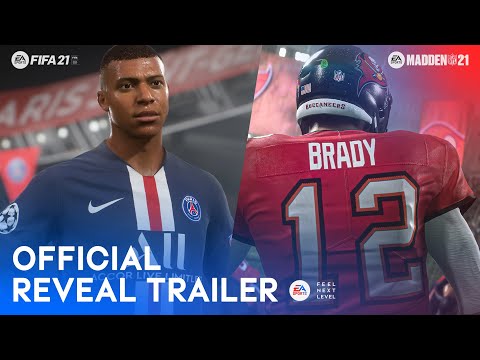