We already published extensive guides showing the best FIFA 18 squads you can build using players from the eight biggest leagues and from the eight most popular nations. For more advanced players, we also made available a great hybrids guide. However, sometimes it’s not easy to build the team we want. That’s why we asked for help to the popular members of the FIFA Community. We made a selection of the ones with the best knownledge (yes, 95% of the Youtubers were excluded) and we are now bringing to you the best FIFA 18 squads they suggested.

Today, we will show you the teams suggested by our friend drpoplove, youtuber and former #1 FIFA and FIFA Street player in the world, Ross, owner of the popular website futwatch, Thomas, owner of the also popular fifarosters.com website and Rodrigo Lopes, administrator of the world’s biggest news and guides FIFA website.

Out of ideas? Take a look to the drpoplove’s suggestions 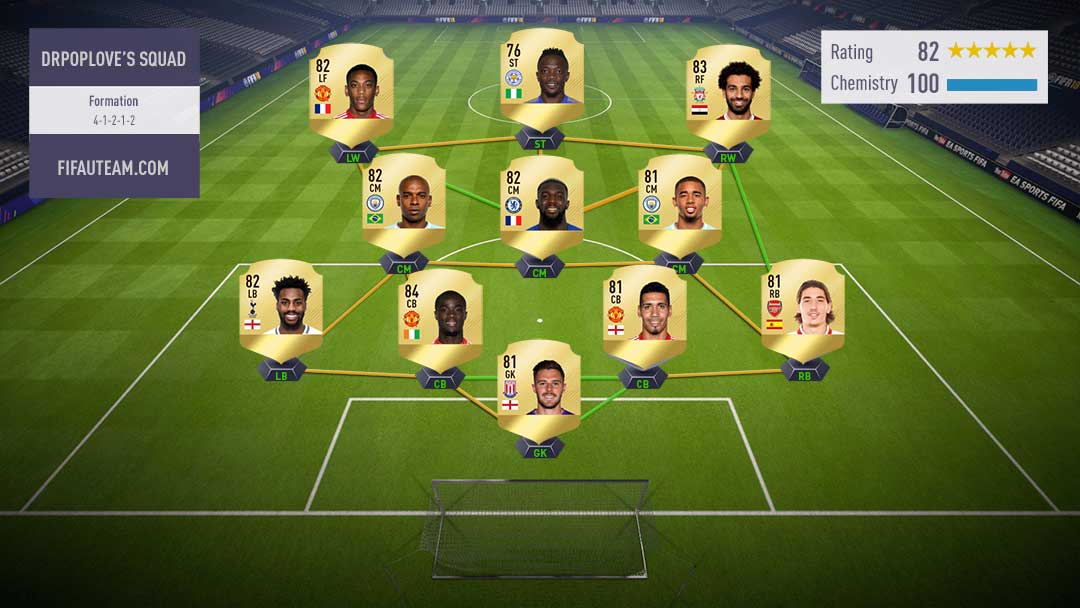 We challenged drpoplove to create a strong and affordable team. You can read what he has to say about his team.

Take your game to the ultimate level with Rage FC!

Comrades! You’ve probably seen some amazing teams over the years, with truly creative chemistry links and innovative partnerships. You’ve likely spent hours and hours thinking about the perfect starting 11. Maybe you’ve even lost sleep over it.

Well you see, Rage FC takes the pain out of team building! Simply switch to 4 1 2 1 2 (2) in game with Musa and Jesus as yours strikers, and watch your enemies crash and burn. You’ll get sooooooo many angry messages. Your confidence will rise to CR7 levels. Men and women will want to be with you. You’ll definitely become a god in a single Weekend League, or your money back!

Be sure to pass the battle as little as possible between your players, ideally you want 2 or 3 pings and pongs before the final through ball to your strikers. And don’t forget to dab after the finish!

Rage FC is the greatest thing since sliced bread, don’t miss out on this limited time offer, act now before it’s too late.

Out of ideas? Take a look to the suggestions of the FUTWatch owner 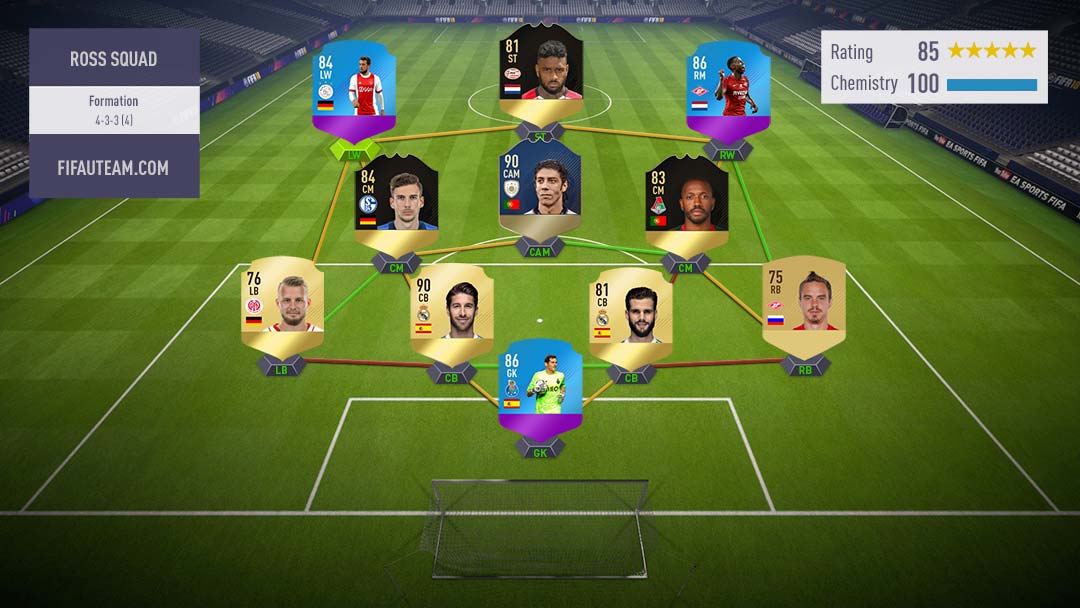 Ross, the owner of FUTWatch website, accepted our challenge to create a hybrid that was fun to play.

He started to pick three cards that he really likes: SBC Younes (with maestro chemistry style), SBC Promes and SBC Casillas. However, they’re not the easiest players to fit into the same squad.

He challenged the viewers of his twitch channel to help him fit them all into one balanced 433-4 using no more than one icon. The result is this balanced team that we are sharing in this page.

Out of ideas? Take a look to the suggestions of the FIFA Rosters website owner 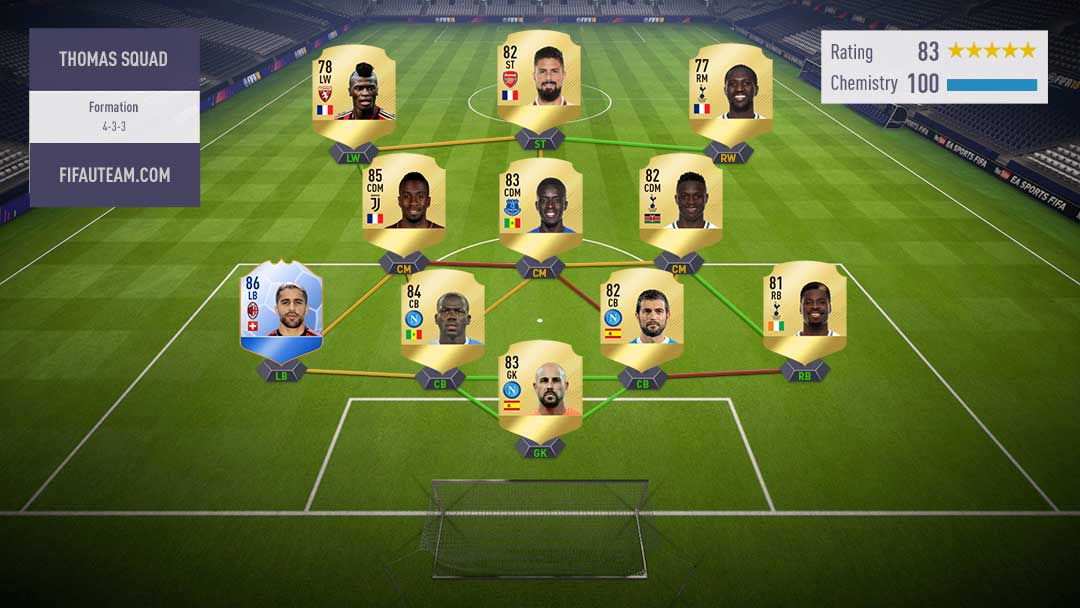 Thomas, the owner of FIFA Rosters website, accepted our challenge to share a hybrid team. Let’s check the explanation in his own words.

I recently picked up TOTGS Ricardo Rodriguez because I had some coins and I wanted to pick up one of those “pretty” cards. I also have a thing for FK specialist fullbacks, don’t ask me why. After trying a lot of different combinations of squads around him, I decided to stick him into a budget strength team. Koulibaly was an obvious choice as the strongest player in Calcio A. Put Matuidi in front of Rodriguez because he’s the strongest midfielder in Calcio A that has any pace to speak of. From there I explored the Senegalese and French connections and picked up the strongest in each position that I thought would work well. The result? Well…

Have you ever played one of those teams that you cannot get the ball off of? The team that pushes your players down without effort all game and never gets a foul called? That’s this team. I’m not a great player, but when I lose the ball, these guys get it back in a heartbeat. Shielding is practically on cheat mode. They OWN the midfield with an iron boot. The defense is a wall of steel. And in the attacking third, it’s crosses to big strong target men or edge of the box rockets all day. No apologies.

Out of ideas? Take a look to the suggestions of the FIFAUTeam administrator 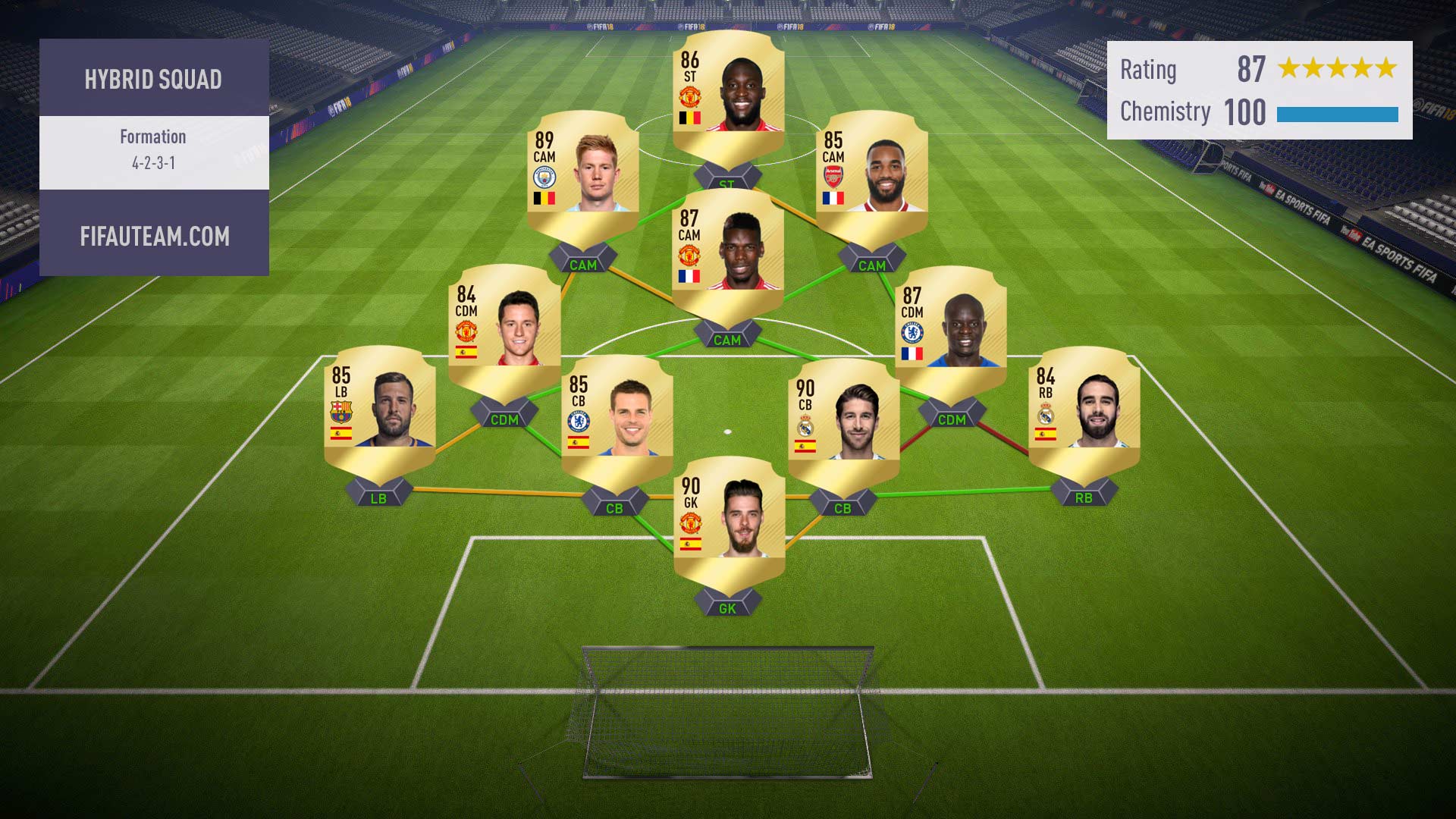 This is a nice squad for who has a decent budget and loves fast strong players. It is based on Spanish defenders and a midfield/attacking from the Premier League.

One of the most interesting things on this team is that it has room for improvements. Obviously, it requests a higher budget but it can be made. Lacazette, for example, can be easily replaced by Griezmann. In the attack, you can also upgrade Lukaku for Aguero or any other Premier League striker of your preference. If you are fan of Kyle Walker you can use him. He will not get the maximum individual chemistry (7) but that’s not the end of the world. The weakest player of this team is Herrera. It isn’t easy to replace him without affecting the chemistry of Jordi Alba. His FUTMas card could be a nice addition but the perfect player for that position would be Patrick Vieira. However, his 86 rated card, which is amazing, costs more than 1 million coins…