Before anything else, it’s important to mention that we have no interest in promoting coin sellers or encouraging you to buy coins. Our main objective here is to warn you about the dangers of coin negotiations. For people that already do this, we want to at least give instructions so that future problems are avoided. We know that this article might turn out to be a bit polemical, but this shouldn’t be a reason to not explore this subject. Welcome to our guide for buying FIFA 21 coins on Ultimate Team.

What are FUT Coins?

Ultimate Team is a FIFA game mode where you’re invited to build your dream team. You can sell what you don’t need and buy what you want. Obviously, you will need “money”, and by “money” we mean coins. The more coins you have, the more items and packs you can buy.

Generally speaking, FIFA 21 coins are a virtual currency in which can be used for buying packs in the Store, trading FUT items in the Transfer Market and pay FUT Draft mode entries. You can earn them by playing matches, trading items on the FUT transfer market, discarding items or receiving rewards and gifts.

Your FIFA coins status is visible at the left top of the FUT 21 screen where you can see your Club name, number of coins, number of FIFA points and your FUT record. It’s important to note that your FUT progress, including your FIFA 21 coins, will NOT carry over to the next version of FIFA.

There are several ways to get coins, but the quickest and most efficient one is buying them directly. However, it’s important that you know that you are not allowed to do it according to the game’s terms of service. You can ignore TOS but at your own risk. You may be punished and by punishment, we mean losing everything you’ve accomplished in your club or even get banned from EA Sports FIFA.

If you understand the risks and still want to go on, then it’s important that you know what you’re doing. There are a lot of people out there taking risks because they simply lack the knowledge. Our mission here is to give you that knowledge. If you still have no clue at this point, here it is: buying (and selling) FIFA 21 coins is NOT allowed. Settled. This article could simply stop right here but we want to go deeper and clear a few things out.

When buying coins you’re not breaking any laws in your country but you are acting against the game’s terms of service and you can’t use unawareness as justification. You probably don’t remember but, when you started FIFA 21 for the first time ever, you had to accept these terms in order to play. More than 99% of the players never really read those lines. It’s a long and boring document, so don’t blame yourself. If you want to go back to EA Terms of Service, click here or follow the path FIFA Main Screen > Customise > Profile > Legal Agreements.

According to the third article, “EA Virtual Currency has no monetary value and has no value outside of EA products and services.” It also says that “EA Virtual Currency cannot be sold, traded, transferred, or exchanged for cash”. The Rules of Conduct (article 6) also clarifies that you cannot “use or distribute counterfeit software or EA Content, including EA Virtual Currency”.

As explained, you can’t buy FIFA 21 coins because it’s against the game’s terms of service. Actually: you can, you just shouldn’t. However, there are other reasons to not buy coins. In a fair game, all participants should have the same opportunities of winning and play on the same conditions. When you buy coins, you are having advantages over the other players in an artificial way. It’s more of a matter of moral, really. It’s cheating. It’s wrong. 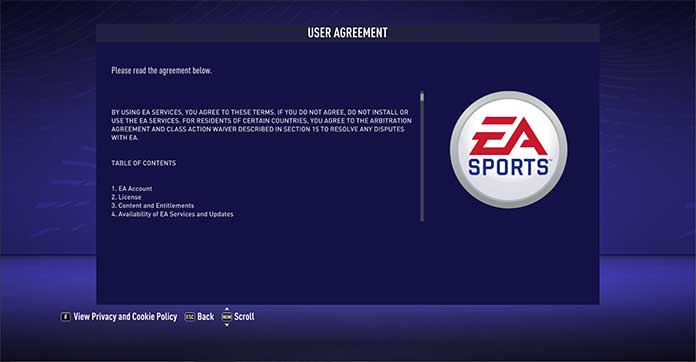 The Truth About Coin Selling

What EA doesn’t want you to know

After coins negotiations came to EA’s knowledge, several years ago, they decided to make the following announcement: “Some players choose to take advantage on FUT by buying coins. These actions affect all players directly, an unfair advantage is created and the game’s economics are destabilized”. However, the argument they used the most in order to influence the community was actually telling them what they wanted to hear. According to EA, if coin sellers were banned, the FUT market would stabilize allowing prices to fall severally. From one day to another all the coin sellers started being hated. The market was out of balance but coin sellers weren’t the big responsible for that. If EA had to blame someone, they would have to blame auto buyers software, players who gave their credentials to third parties and, most of all, themselves, by faulty code that allowed coin farmers to exploit the game.

Once again we remind you that we’re not defending the coin sellers. We just want things to be clear so that the community truly understands all that revolves around the problem. We do consider abusive, for example, the fact that EA refers to coin sellers as people who earned them illegally. This isn’t what happens most of the times. It’s just one of the ways to convince the community to be on their side, knowing that less coin sellers means more FIFA Points sold.

Our concern here is mostly about the people who buy. We don’t think it’s fair that a person who buys coins is considered an offender. At this moment you’re probably thinking ‘so isn’t buying coins unfair over the people who don’t?’. Yes, of course, it is. But what if it was possible to buy coins from EA? Wouldn’t that be equally unfair? Because that’s possible. You just need to buy packs and sell what comes inside. In this game, people with money can build whatever squad they want. Either they buy coins or FIFA Points. That’s what we call ‘Pay to Win‘. How can EA condemn you for buying coins while they sell those themselves but at a much higher price? We’ll go a little further: what’s wrong with even ourselves selling the coins we earned to someone? Why can’t we do giveaways with our coins? If we don’t need our coins from the previous FIFA why can’t we just give them to someone who will stay in the game? There’s nothing in those actions that might harm the community’s playing experience. Once again, we do realise this is also a way of avoiding people from being tricked when buying coins but nothing disguises the mercantilist nature of these actions.

Consequences of Buying and Selling Coins

Electronic Arts created a penalty code in order to discourage potential buyers and sellers. When buying coins you’re apparently breaking the rules, therefore you should first get to know about the risks concerning your actions.

Lets start by the sellers. If caught, they will be permanently banned from all EA games. It looks to be a tough punishment but all they have to do is to create a new account. The penalty for people who buy coins is a bit gentler, after all losing potential FIFA Point buyers isn’t part of EA’s interests. Whoever is identified buying coins will receive an email on the respective Origin account informing that they will have their club and FIFA Points reset. In other words, will lose everything, including coins and players, naturally. However, they can start over and play again normally. A permanently ban is given to players who are caught again buying coins.

If you’re thinking of buying coins, you need to know if it’s safe first. The thing is you don’t. There will always be some risk. It’s good that you’re aware you might get punished by EA. The feedback we get from sellers is that it’s rare for this to happen, but we do know about several cases. The chances of you getting caught are real. Don’t think that if you buy fewer coins or if you do it little by little it’ll become safer. It’s the same. Also, don’t believe in sellers that claim they have an “anti-ban” system. That’s pure marketing. You’ll be potentially punished the same way. There are no ways of tricking the system. It’s this simple: if you buy coins, you have chances of being punished.

If you believe you were punished by mistake, you can open a dispute sending an email to [email protected]

How to Buy Coins

How to do it the right way

As explained, buying FIFA 21 coins is against the TOS. If you really want to do it, make sure you do it right. In our opinion, worst than buying coins is to be fooled by scammers who will try to get your money.

There are several methods to buy FIFA 21 coins. These are the most popular ones:

Player Auction
You sell one of your players to the price of the maximum price range. This corresponds to the coin amount of your order.

Comfort Trade
You give your account credentials and the coins transfer will be taken over completely for you by the coins seller.

Mule Account
You receive an account on which the desired amount of FIFA coins is deposited. After that, you can take over the transfer yourself.

FIFA Auction House
You list a worthless player into the auction house and the seller buys this player. This way the coins are transferred.

In order for everything go down smoothly, you should pay close attention to the following tips:

Don’t buy from strangers
We completely agree with EA on this: buying coins is dangerous. Remember that the game has nothing to do with the transaction that you’re about to make, so if anything goes wrong you don’t have anyone to complain to. Follow the safety recommendations and never, ever, give your account information to anyone. We advise you to buy from someone who has positive feedback and to be suspicious when prices are too low.

Make the Transaction Safely
Every online sale offers risks. If the seller is unknown and his product is fictitious, these risks are even bigger. Follow the habitual safety recommendations: avoid using a credit card, use PayPal when possible, make sure the seller is trustworthy, don’t give away personal information, etc…

Have in mind how many coins you want
Before buying anything, you should already know what you really want. If you buy too many coins, you’ll be spending money for nothing. If you don’t buy enough, you may need to buy more again but without the discount you normally get for bigger amounts of coins. Decide if you want to buy all at once or if you will leave some for later. Remember that prices tend to get lower and, with time, you’ll be able to get better deals.

See who covers the 5%
All transactions in the FUT auction house are subjected to a 5% tax because of EA. Double-check if the seller covers this tax or not.

Look for the best price
Safety shouldn’t be the only thing you should look when buying FUT coins. It is also important to buy them as cheap as possible. Their prices depend on the platform, the delivery method, the quantity, the seller and the time of the year. From the beginning of the game until its very end, coins tend to get cheaper. This tendency is slightly affected during the biggest promo events like TOTY and TOTS. The lowest selling prices are usually practised by ‘particular’ players and not by one of the several coin-selling websites there are. However, in these cases, the risks rise dramatically. We advise you not to buy from one person unless you really trust them.