TOTS means “Team of the Season“. It joins the players who have played better on the whole season.

Since FUT 12, that in every end of the season (European calendar), more exactly in May and June, EA Sports build teams based on the players real performances on that season. Unlike what happens with the TOTY, in the TOTS the players are chosen by their performances in the season and not for the full year. Instead of releasing a single team, the Team of the Season is made by around fifteen teams from all the major leagues in the world, where separate bronze, silver and gold teams are voted for by the community. Besides these ones, a All-Star MLS squad is also released in late July / early August.

The FIFA TOTS blue in-form cards are highly rated. Only Team of the Year, Special and Record-Breaker IF cards are better than them. 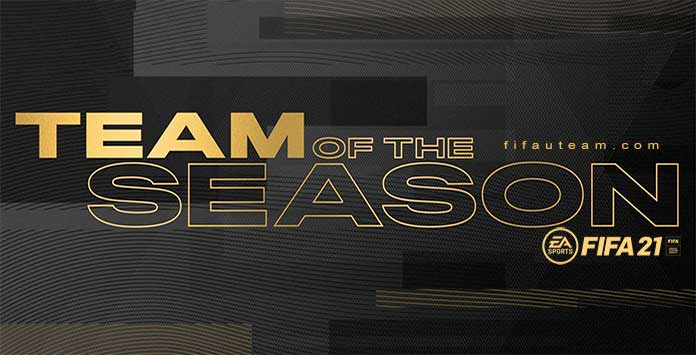