The FIFA 17 FUTTIES are a kind of FUT Oscars. This event is released every year in July and lasts for about six weeks. During the FUTTIES event, great offers are shared with the FIFA fans, including several new squad building challenges and exclusive players’ cards. In this guide you can check an updated FIFA 17 FUTTIES offers list.

How the FIFA 17 FUTTIES will be celebrated

FUT 17 FUTTIES starts on July 7, with the announcement of the nominees. However, this is just the start! The coming days will see the releases of many exclusive SBCs.

FUTTIES is an annual event, in which FUT fans get the chance to vote in a number of various categories for their favourite players. Each player with the most amount of votes in a category will be awarded a pink FUT card with upgraded stats. Over the course of the six weeks, 30 players will be nominated across 10 categories and you will have the opportunity to vote for your favourite by completing their specific FUTTIES Nomination SBC. By completing the FUTTIES Nomination SBC, you will also receive a pink FUTTIES Nominee item with base stats of the player you voted for. The player with the most completed Nomination SBCs will win each category. Their FUTTIES Winner item will then be made available with boosted stats in a separate Winner SBC. Completing the Winner SBC is the only way to get the Winner item, Nominee items DO NOT get an automatic upgrade.

The ratings and attributes of the FIFA 17 FUTTIES cards are usually boosted in one or two points, compared with their last TOTW/MOTM/iMOTM/Hero cards or, if they don’t exist, their regular cards. The attributes have a similar increase but it doesn’t mean that all attributes have to be improved. No more winners will be announced.

New squad building challenges will become available during the FIFA 17 FUTTIES event, from July 7 to August 18.

END OF AN ERA PREMIUM SBC

players who are at the end of their storied careers will be released over the course of FUTTIES as special Premium SBCs. In addition, five match loan versions of each Premium SBC will also be made available with lower requirements. The FUTTIES bring one final opportunity to complete some of the most popular SBCs released throughout the year for a limited time only during FUTTIES! This includes popular Player, Kits and Campaign SBCs and more each with a slight twist! 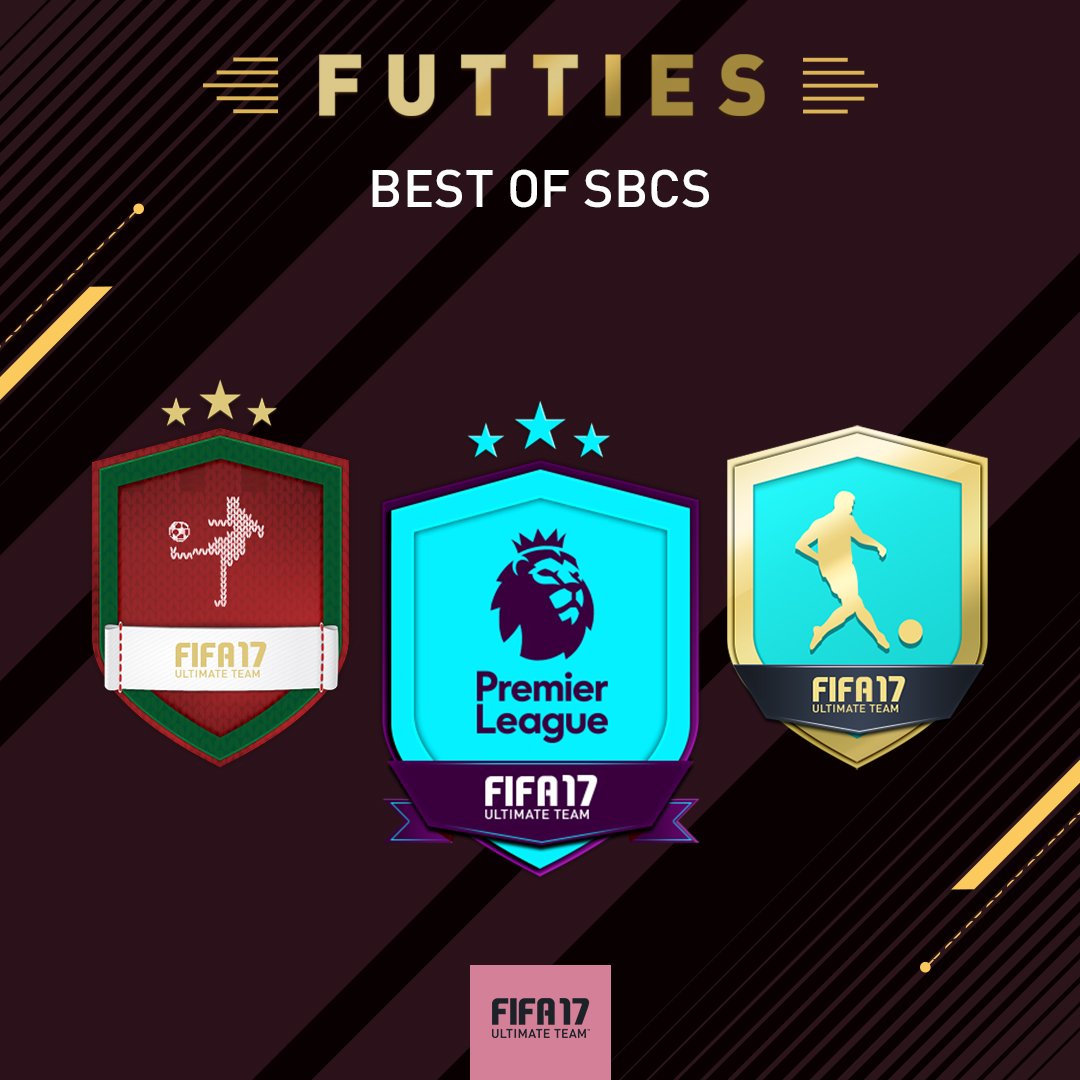 With the transfer window opening on July 1st, the real world transfer market is starting to heat up with some top transfers already announced! With the new weekly Marquee Transfers SBCs you will be able to earn a loan item of the most exciting summer transfers of players to try them out on their new clubs.