For all those players who plan to build the FIFA 18 best squad possible, no matter what chemistry they get, we’ve conducted an analysis on the best players.

This time we will not care to chemistry. The goal is to select the best players of each position, no matter how they link each other. This article aims to help those that want to form the FIFA 18 best squad possible.

✔️ Only Gold Players
In this guide, we didn’t consider silver or bronze player. Most players don’t assume them to be a better option than gold players, so to simplify the guide’s analysis we didn’t include them.

✔️ Only Normal Players
In this guide, we didn’t consider players that have been reviewed (UP).

✔️ Only Original Attributes
In this guide, we didn’t consider changes made in a player’s performance such happens when applying training or chemistry styles cards.

✔️ Fluctuation of Prices
We added a link to the suggested squad where you can check anytime the updated prices.

The team suggestions that follow should serve merely as orientation because it’s impossible to build a team that fits everyone. They depend on various factors we don’t know such as budget, formation, style of play and player preferences. 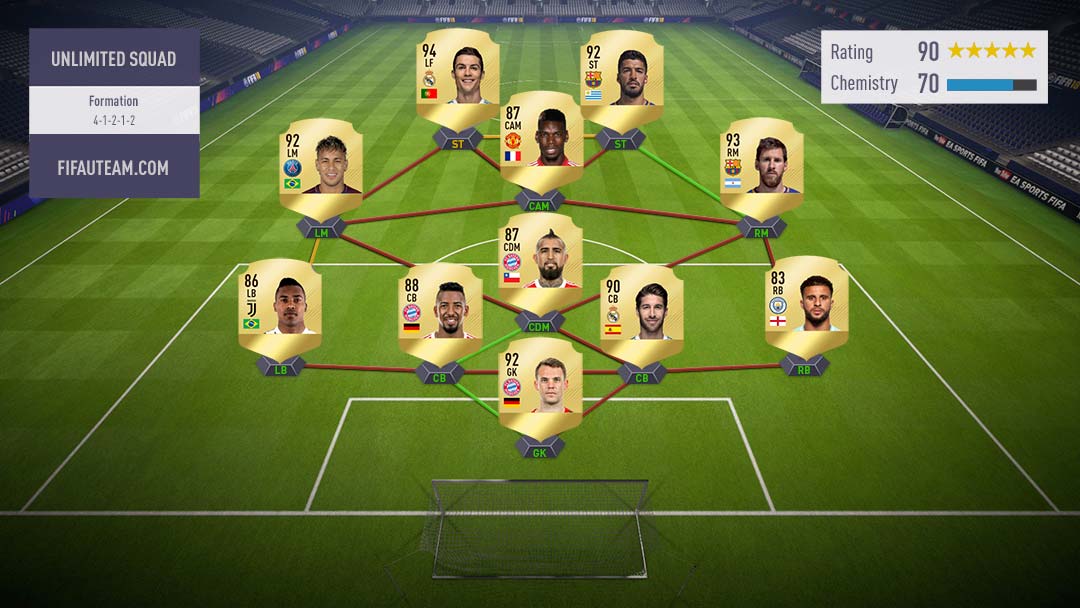 In the goal, Neuer and De Gea are our favourites. Sérgio Ramos, Boateng and Chiellini are the three best centre backs. If you plan to use a 3xx or 5xx formation, you need to use them. The weakest player on this team is Kyle Walker. In the opposite side, Alex Sandro, the only player from Serie A, is better than Alaba. A big part of the community loves Kanté but Vidal is slightly better than him. In front of him, Pogba is obviously one of the easiest choices. Messi and Neymar play on the wings, and Ronaldo moves to the ST position side by side with Luis Suárez.