For all those players who plan to build a FIFA 18 Russian Football Championship squad, we’ve conducted an extensive analysis on the best players.

Here is our guide to the top Russian league in FIFA 18 Ultimate Team.

All of these steps are necessary to have; or it could mean that the team is not always well built as it could be. This article aims to help those that want to form a FIFA 18 Russian League squad. Even the players that already have a team based in this league, could take out some valuable conclusions from this guide that could help you make your team even better.

✔️ Only Normal Players
In this guide, we didn’t consider players that have been transferred to other clubs or that have been reviewed (UP). Only players that started their season in the Russian League and with their original attributes were considered.

✔️ Fluctuation of Prices
In the chapter where FIFA 18 Russian League squads are suggested, we added a link where you can check anytime the updated prices.

The team suggestion that follows should serve merely as orientation because it’s impossible to build a team that fits everyone. It depends on various factors we don’t know such as budget, formation, style of play and player preferences.

Since the players of this league are all very cheap, it makes no sense to publish more than one squad. The difference between an unlimited budget squad and a low budget squad is just a few thousand coins. 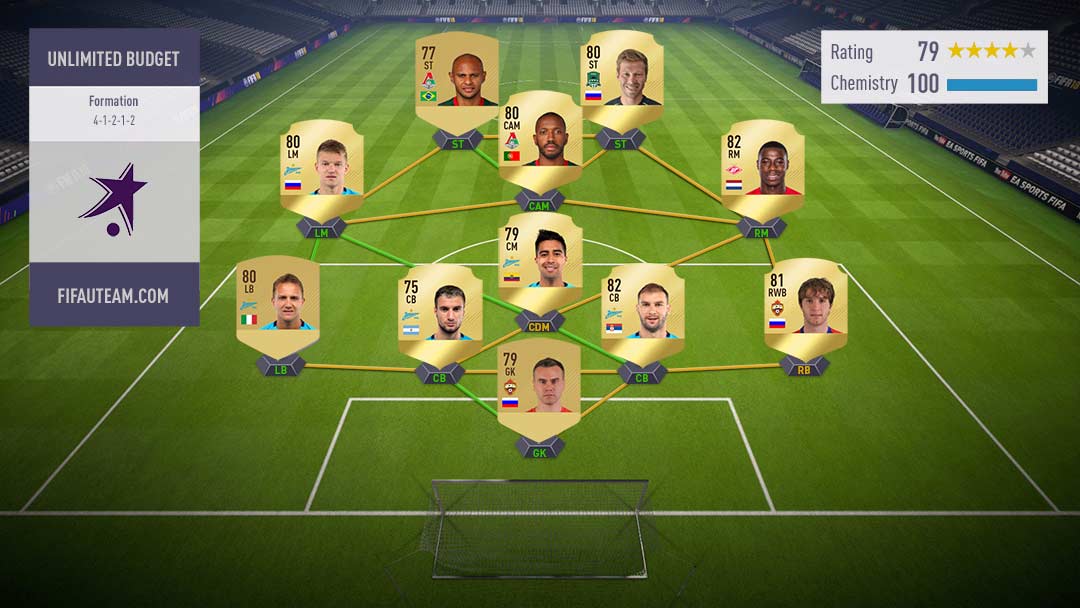 Once again, Akinfeev is the best goalkeeper playing in Russia.

There are many centre backs with great defensive skills in this league but (almost) all of them are too slow. That’s the case of Andreas Granqvist, César Navas or Vasiliy Berezutskiy. The best CBs of the Russian League are
Branislav Ivanović and Vedran Ćorluka. However, both are slow and have high/high work rates. Dzhikiya, our third choice, is not suitable for this spot because he has also high/high work rates. Emanuel Mammana is not as good as all these players but at least he will not be out of position. The choices are not easier on the right side of the defence. Our preference goes for Mário Fernandes, but Smolnikov is also a decent right back. In our opinion, the other spot of the defence should be filled by Domenico Criscito.

For the defensive midfielder position we picked Noboa. He his decent in the defence and probably even better in the attack. We love to see players with hight/hight work rates and a very high stamina. He will give much more security to your back line. In front of him, Manuel Fernandes is responsible to assist hiis teammates. Promes and Shatov are the wingers.

Smolov is the best striker playing in Russia and Ari the best alternative to him.