FIFA 18 Team of the Tournament cards are awarded in FUT 18 to the most informed players from the European Clubs competitions. Let’s learn something more about FUT TOTT Players cards.

The FIFA 18 European Team of the Tournament (Group Stage) can be found here.

FIFA 18 Team of the Tournament Cards

What is a TOTT card?

The TOTT cards celebrate the player performances from Europe’s biggest club competitions: The Champions League and the Europa League. They are released two times: the Team of the Group Stage and the Team of the Knockout Stage. You will be able to find these cards in packs or on the transfer market, just like the TOTW cards of those weeks.

The FIFA 18 Team of the Tournament Cards become available in packs for one week. During this period, they replace the corresponding regular cards. In other words, in the day a player gets his TOTGS or TOTKS card in packs, it is impossible to find his regular card there. Your odds of pulling a TOTT card from a pack are exactly the same of pulling the regular card of that player in another day.

If you own the regular card of a player elected TOTT, your card will keep unchanged. If you want the improved version, you will need to buy the corresponding version in the market or pull it from a pack while available. 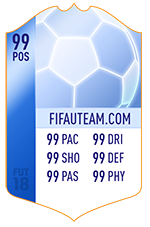 FIFA 18 Team of the Tournament Cards

When TOTT cards will be available?

The first FIFA 18 Team of the Tournament Cards will be released as soon as the Champions League group stage ends, around December 8. The second squad will be announced after the semi-finals, which should in late April.

You can have the regular card and the TOTT card of the same player in your club. However, you cannot use them both in your squad at the same time.

The ratings and attributes of the FIFA 18 Team of the Tournament Cards are usually boosted in one or two points, compared with their last TOTW or special card or, if they don’t exist, their regular cards. The attributes have a similar increase but it doesn’t mean that all attributes have to be improved.

It is possible to a player to have more than one TOTT card, if they have been assigned in different games. These cards differ from each other only in the ratings and attributes (eventually in the position too). The more recent is the card, the higher is its rating.

For the first time ever, the OTW cards are affected by the TOTT. It means that this year, there will be much more people interested in knowing who will make this team.

Colour | White and Blue
How many Cards in FUT 18 | 46
How long they are in packs | Usually one week
When they are released in packs | See the release date chapeter, please
How big is the boost | Usually one or two points compared to the regular card or last TOTW/Special card (except RB, TOTY and TOTS)
Date of the first card in FIFA 18 | December 8, 2017
First Card in FUT History | Released for the first time in FIFA 17 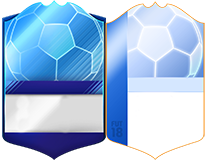 What you need to know about FUT 18 TOTT Cards

Q: What is a TOTT card?
A: TOTT cards are awarded in FUT 18 to the most informed players from the European Clubs competitions

Q: When FIFA 18 TOTT cards are released?
A: These cards are usually released on December and April.

Q: How long are they available in FIFA packs?
A: Most likely, they are available for a week.

Q: Who chooses the FUT TOTT?
A: EA Sports.

Q: Can a TOTT player’s rating change?
A: FIFA 18 Team of the Tournament cards ratings remain unchanged after being implemented into the game.

Q: Are certain stats upgraded to reflect a player’s TOTT performance?
A: Yes. For example: if a player scores ten goals in the competition, you can expect an increase in shooting stats in particular on his FIFA 18 TOTT card.

Q: How can I get one of these cards?
A: You can get a TOTT card in the same way you can get any other card: on packs or on the transfer market. If you want to try your luck on packs, you can go to the store and buy them with coins or FIFA Points.

Q: How easy is to find FIFA 18 TOTT cards in FUT packs?
A: Your odds to find a specific TOTT card are the same of finding the respective regular card in another time.

Q: In which FUT packs I can find FIFA 18 TOTT cards?
A: TOTT can be found in any pack with players cards. Obviously, the chances of finding one of these cards are higher if you open a pack which contains more player cards.

Q: I have the regular card of a TOTT player. Why my card hasn’t changed?
A: Because the cards don’t change. You will need to buy the new card if you want the improved version of that player.

Q: Are FIFA 18 Team of the Tournament cards available in the FUT Draft mode?
A: Yes, they are available in all modes, including FUT Draft and FUT Squad Building Challenges.

4 thoughts on “FIFA 18 Team of the Tournament Cards Guide”