Who are the best FIFA 19 Bundesliga forwards? Let’s find out good centre forwards and strikers to your team!

Lewandowski is the striker everyone wants in their Bundesliga squads.

The best forward is also the one that has the best shooting: Robert Lewandowski.

Most of the best Bundesliga STs don’t have good physical. It’s not the case of Lewandowski, the fourth strongest striker.

Now that Aubameyang no longer plays in thsi league, it’s Timo Werner the fastest one.

This league without Lewandoski wouldn’t be the same thing. He is the best player and for that reason the most expensive one.

Very far from his quality, you have Timo Werner, Pléa and Volland. If you want a good CF, then it’s Müller who are looking for. If you can’t pay his price, Kruse and Raffael are decent alternatives. 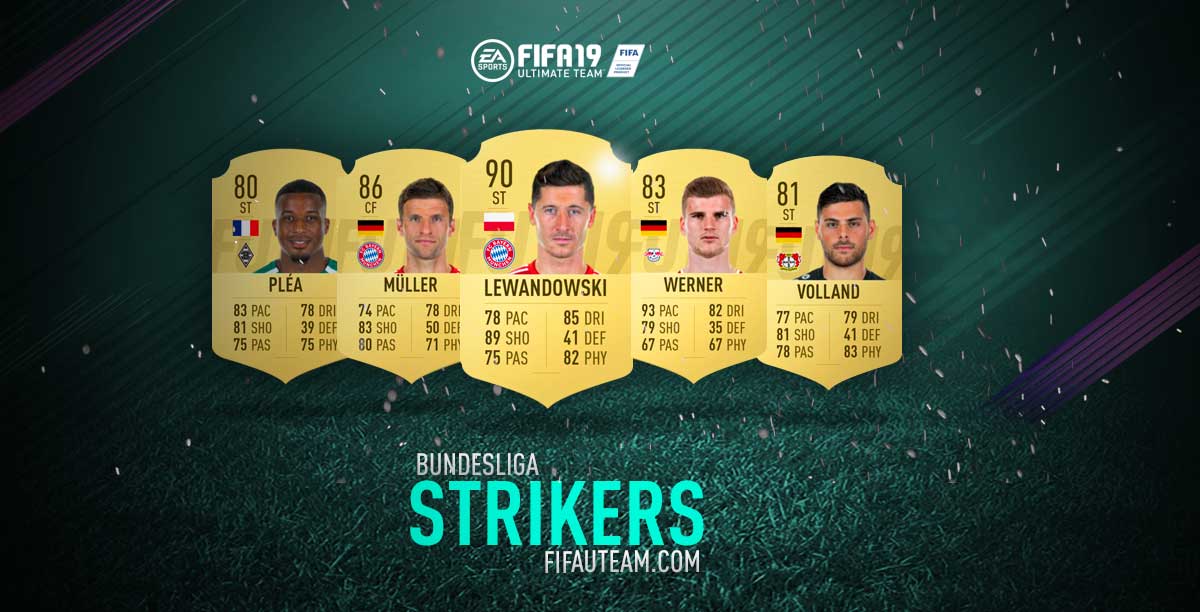