Who are the best FIFA 19 Bundesliga midfielders? Let’s find out good defensive, centre and attacking midfielders, as well as right and left wingers, to your team!

Javi Martínez is by far the most popular defensive midfielder.

Yes, Javi Martínez again. He’s the one with the best physical stats.

It’s shocking to see tha lack of quality defensive midfielders in this league. Artur Vidal, we miss you so much!

Javi Martínez is, in our opinion, the first choice for this spot. However, he is very slow, making Jean-Philippe Gbamin a decent alternative to him. Thankfully, there are several quality CMs on this league, capable to play as a CDM. 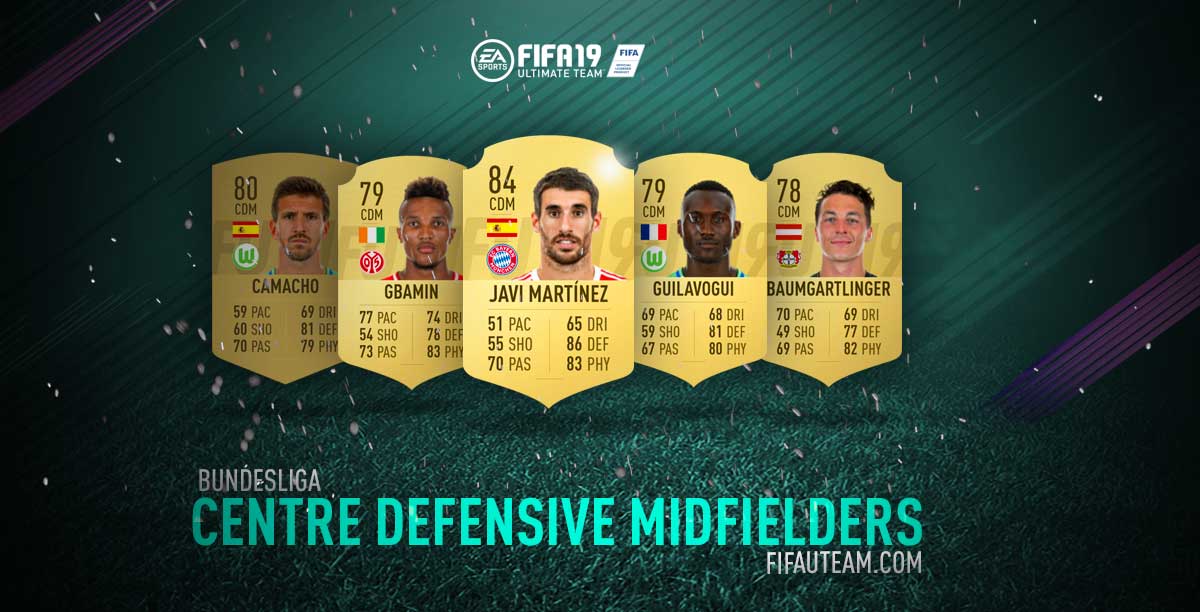 Thiago is the most informed centre midfielder playing in Germany.

Thiago is the third on the list of best passers in the whole Bundesliga.

Once again, Thiago is the centre midfielder with best dribbling stat in the Bundesliga. In fact, in this league no one is better than him.

Thiago has incredible dribbling and passing stats but this is not enough to make him the best centre midfielder of this league. Our preference goes to Leon Goretzka, who is faster, stronger and taller, has better work rates and stamina, and defendes also much better.

One of the most interesting things in the CMs of this league is to see that many of them have good stats to play as a CDM. It’s the case of Witsel, Tolisso, Delaney, Aránguiz and Zakaria. 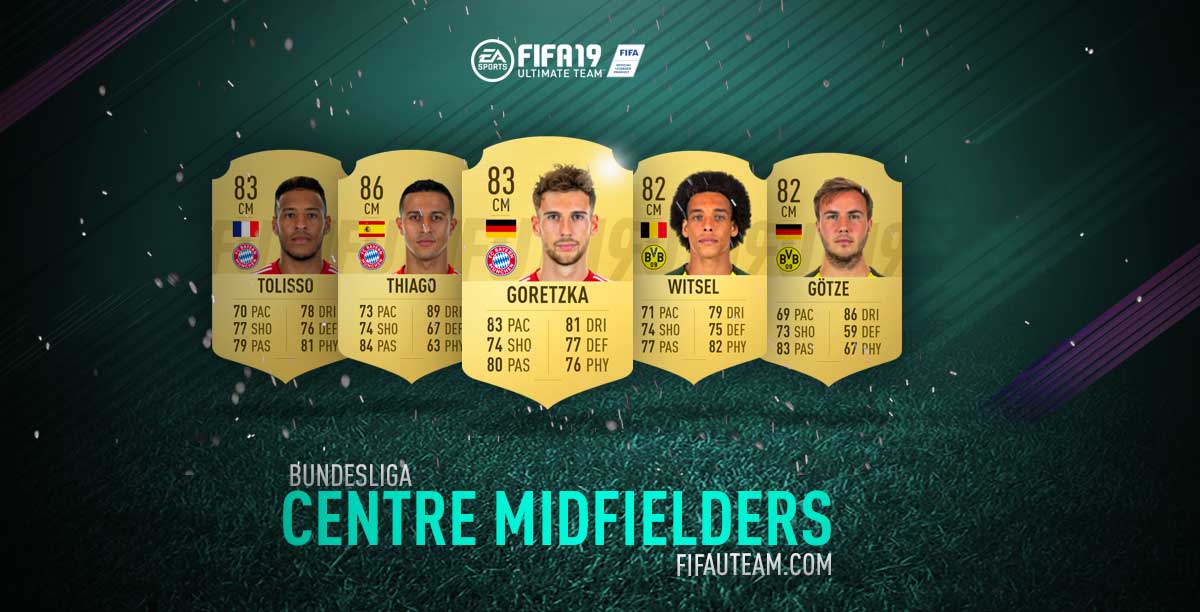 James Rodríguez is the most popular attacking midfielder from this league.

James is the CAM with best passing stat in Germany.

James has a good dribbling but not better than Shinji Kagawa.

In our opinion, James Rodriguez is the only centre attacking midfield who can be compared to the quality CMs of this league. He is the one with best shooting and passing stats.

If you don’t have enough coins to buy him, you can try Sabitzer instead of Kagawa. Try him and you understand why we are making this suggestion. On other hand, for formations with CMs acting like wingers, Bruma is an interesting option. 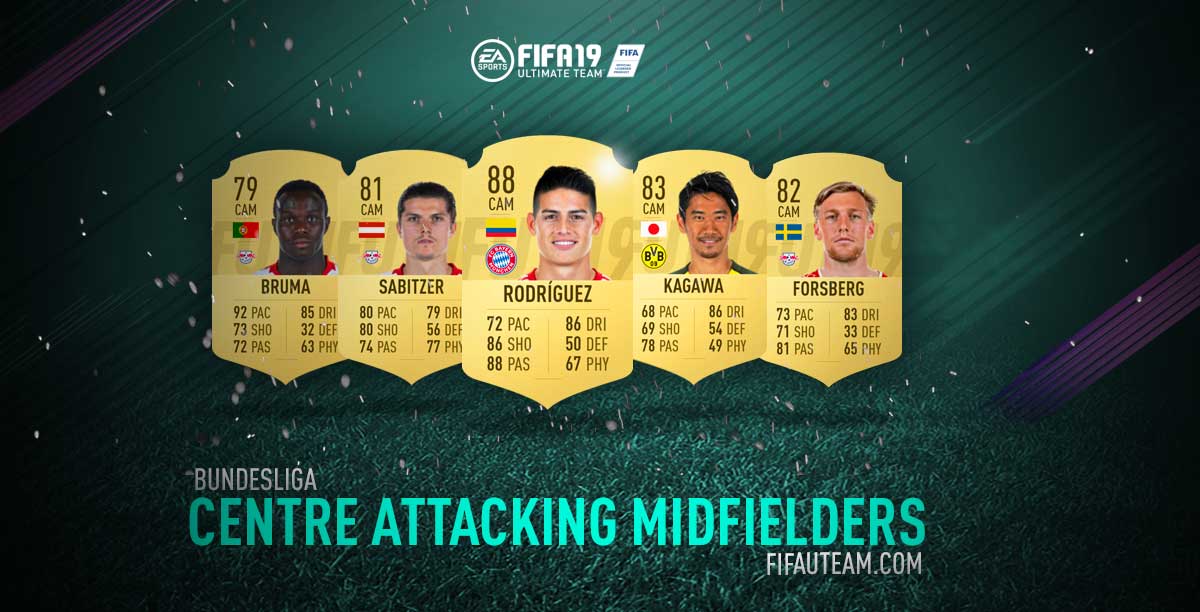 Arjen Robben is obviously the most popular right winger playing in the Bundesliga.

The Bundesliga is extremely well served in this chapter: five gold players have pace of 90 or higher.

There are a few players gifted in dribbling, but in Bundesliga no one can be compared to Robben.

Once again, Robben is the best one.

Robben is clearly the most indicated players to occupy this position in a team without budget restraints. He is the right winger with best passing, shooting and dribbling in this league. The only problem is his price.

For those that can’t pay so many coins (he’s not that expensive!), Bellarabi is the best alternative. He is really fast and has a great dribbling stat. 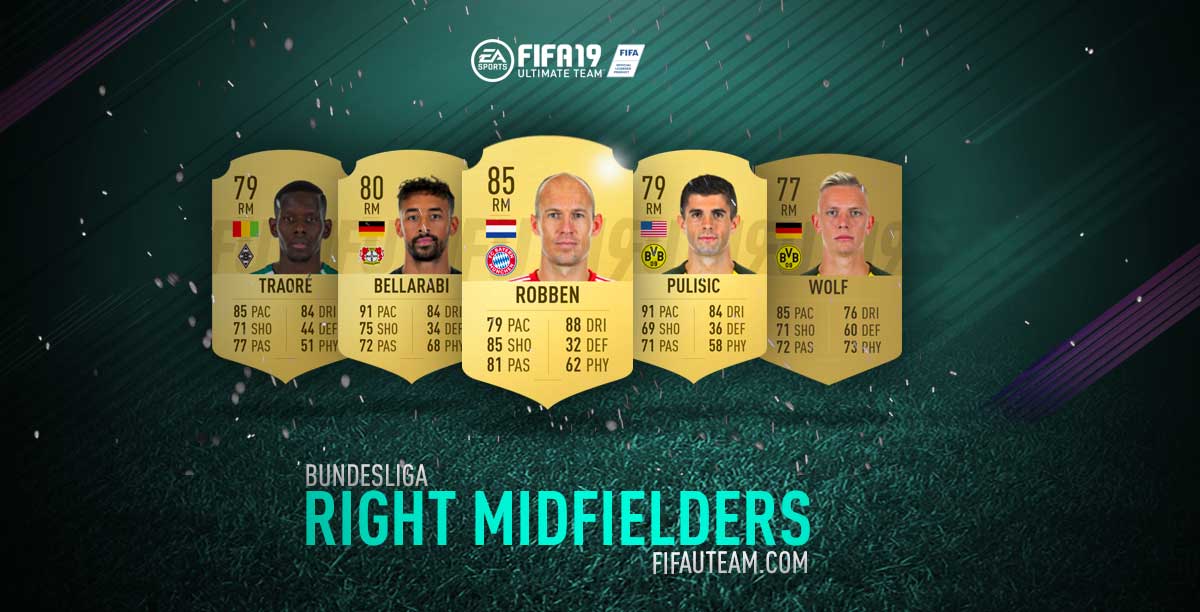 Reus and Ribéry are the two most popular left wingers playing in Bundesliga.

Coman, Baile and Gnabry are the fastet left wingers in this league.

Ribéry is clearly the most highlighted left winger of Bundesliga in this chapter.

As usual, Reus is the best Bundesliga left winger. He has the best shooting and passing stats. Besides that, he is fast, has great dribbling skills and he is 4 stars for both skills and weak foot. However, he is not perfect. You can’t sprint too much with him because his stamina is low.

For those who can’t pay as many coins for the Borussia winger, the alternative is Kingsley Coman. Ribéry and Gnabry are technically tied in the third place. 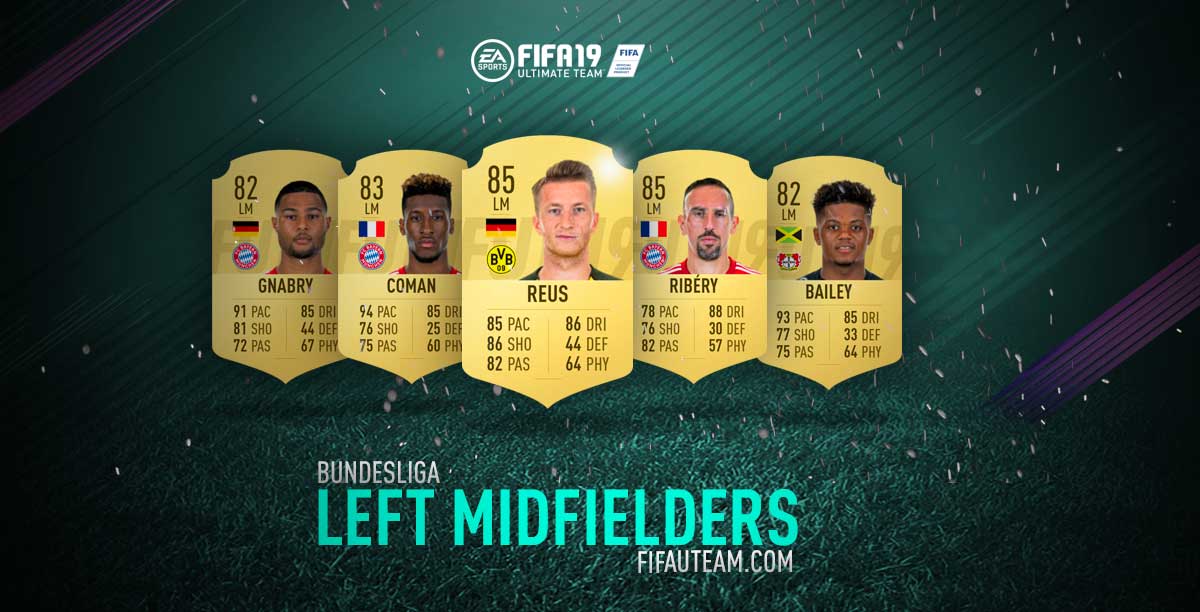