Who are the best FIFA 19 Premier League forwards? Let’s find out good centre forwards and strikers to your team!

In the Premier League, the most popular are players that could play in any club in the world: Harry Kane and Sergio Aguero.

The best forwards are the ones who have best shooting stats: Kane and Aguero.

That’s here where we see that Romelu Lukaku is a great players. Aguero, for example, is almost in the bottom of this list.

Aubameyang, Zaha and Vardy are the fastest strikers in the English league. Llorent, Glenn Murray, Giroud and Andy Carroll are on the bottom of this list.

This was the most difficult choice from the entire Premier League. Agüero, Lukaku and Aubameyang are all amazing players and it isn’t easy to pick the best one. In our opinion, Agüero is the number one because he is the most balanced but you may prefer a stronger striker, Lukaku, or a fastest player, Aubameyang. The Arsenal striker was relegated to the third place because of his not so good work rates and Kane to the fourth because of his pace.

There are plenty of other more affordable quality choices in this league. Firmino and Gabriel Jesus are the most popular ones (and they deserve it!), but the speed of Vardy or the 5 star skills of Zaha cannot be ignored. 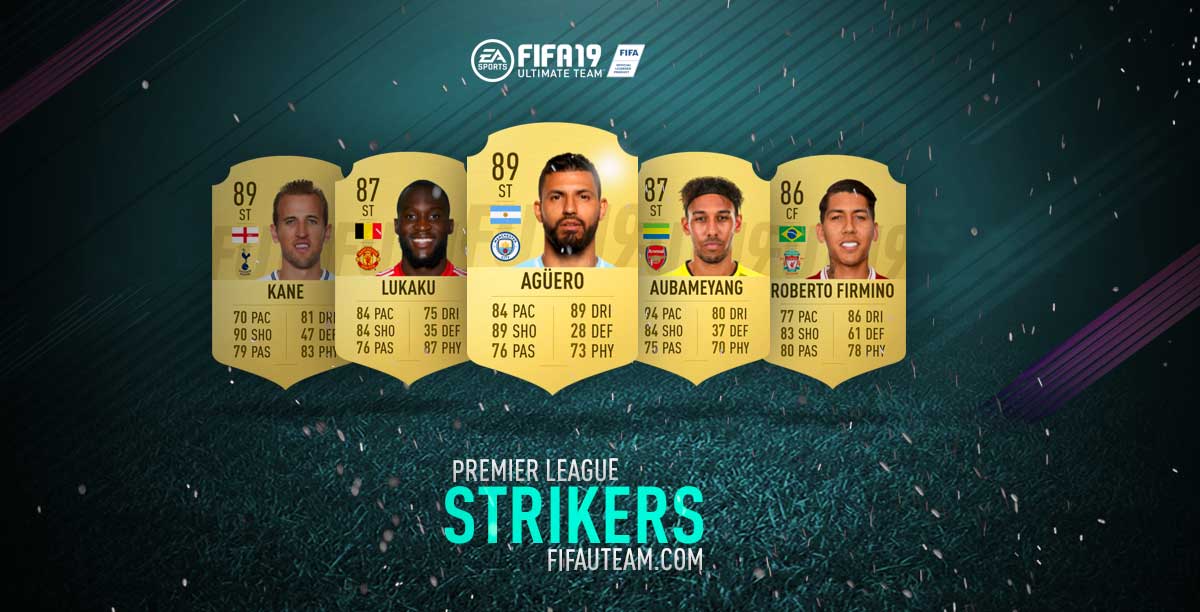