Who are the best FIFA 19 Serie A defenders? Let’s find out good right-backs, left-backs and centre-backs to your team!

The Best FIFA 19 Serie A Centre-Backs

Chiellini is still the highest rated centre back playing in Italy.

It’s the case of Chiellini and Barzagli. It’s really hard to get past them.

In this chapter, Koulibaly is who stand out.

Manolas is clearly the fastest centre back playing in the Serie A.

Giorgio Chiellini is our first choice for this position. He is the one with the best defending stats. The Juventus’ defender is the most expensive of all centre backs in Serie A but there are many other high-quality options. Most of the times the big question is to decide who will partner with Chiellini? Koulibaly is stronger but Manolas is faster, making him a better option if you already have a slow CB in your team, like Bonucci. The Italian defender is the most balanced CB in this league but needs someone fast playing next to him.

The Italian football is known by its defensive and tactical style. It’s no surprise to find great defenders for amazing prices. You don’t need a good budget to build a strong defensive line in this league. 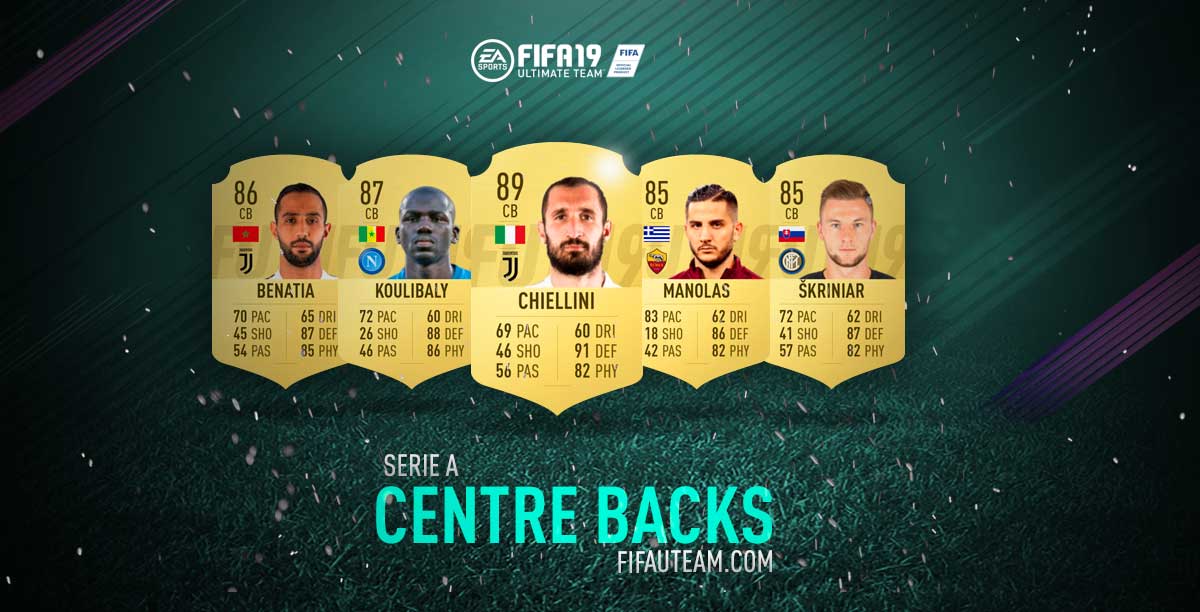 Florenzi is the most popular right backs playing in Serie A.

In Italy, no other right back defends as well as Hysaj and Vrsaljko.

João Cancelo is the fastest one.

Florenzi and Cancelo are the best choices for who needs good Serie A right backs. Šime Vrsaljko and Elseid Hysaj are also valid offers if you don’t want to spend so much coins. On the Serie A, there is a left back that stand out more than the other ones: Alex Sandro.

Besides being the highest rated LB, Alex Sandro is also the one who defends better in this league.

Dalberto is faster than any other left back.

Alex Sandro is, in our opinion, the best left back playing in Serie A. He’s fast, good dribbler and defends well. He is an amazing player.

If pace is all you need, then Dalbert may be who are looking for. Ghoulam and Mário Rui are also decent choices but they are much slower.