Who are the best FIFA 19 Serie A forwards? Let’s find out good centre forwards and strikers to your team!

The Best FIFA 19 Serie A Centre Forwards and Strikers

The transfer of Cristiano Ronaldo to Italy had a huge impact in Serie A. He is the world’s most popular player.

The best forwards are the ones that best shooting: Ronaldo and Higuaín.

Zaza, Mandžukić and Belotti are the strikers with the highest phsysicality stat.

Cristiano Ronaldo and Alejandro Gómez are the fastest strikers in Serie A.

Obviously, Cristiano Ronaldo is the best striker but only a few can pay for his price. Hopefully, this league has at least three other amazing strikers: Higuaín, who is a goal machine; Mertens, is faster, has a bad header but plays a lot for the team; and Immobile, who is a kind of mix of the other two.

For lower budgets, there are also quality options like Icardi or Alejandro Gómez. 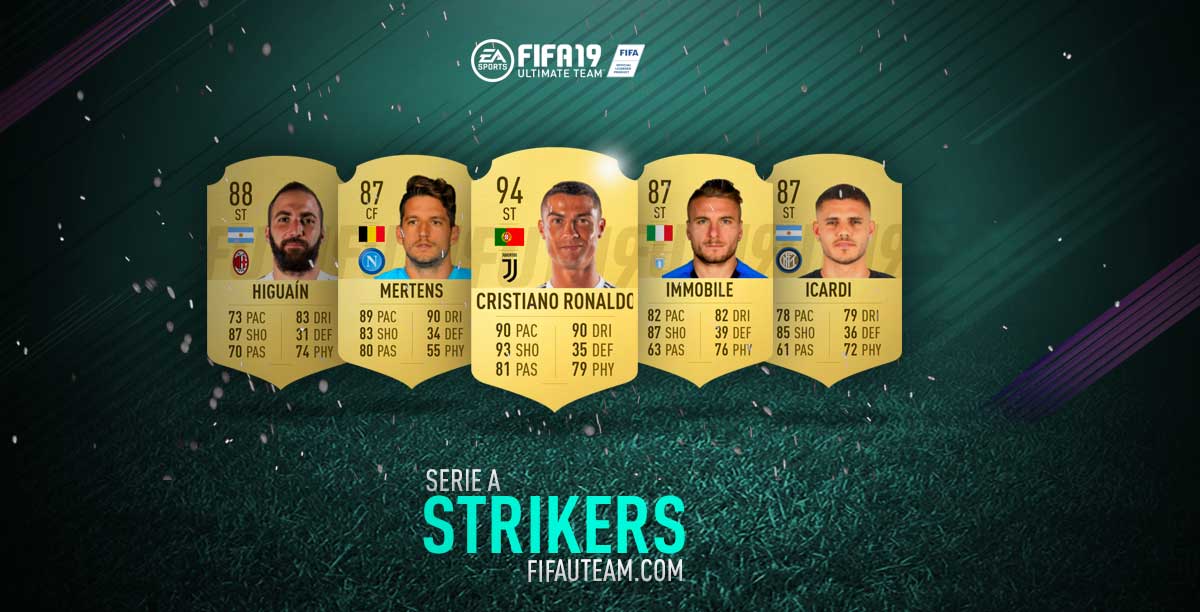