Who are the best FIFA 19 Serie A goalkeepers? Let’s find out!

The Best FIFA 19 Serie A Goalkeepers

The most capped goalkeeper for Slovenia Samir Handanovič is the one with the highest rating in this league.

The first measures a goalkeeper’s agility when making a save. In the entire world, only De Gea and Lloris have better reflexes than Perin.

In this attribute, Gianluigi Donnarumma is the best one.

Robin Olsen is the tallest goalkeeper from this league.

The choice for the best Serie A goalkeeper on FIFA 19 Ultimate Team is really easy. Handanovic is much better than any other goalkeeper from this league.

It’s more difficult to choose between Donnaruma and Szczęsny. The first one has amazing reflexes and good diving stats but the Juventus’s player is also a high-quality keeper with more balanced stats. Perin is a decent option but shorter than most of the other goalkeepers. 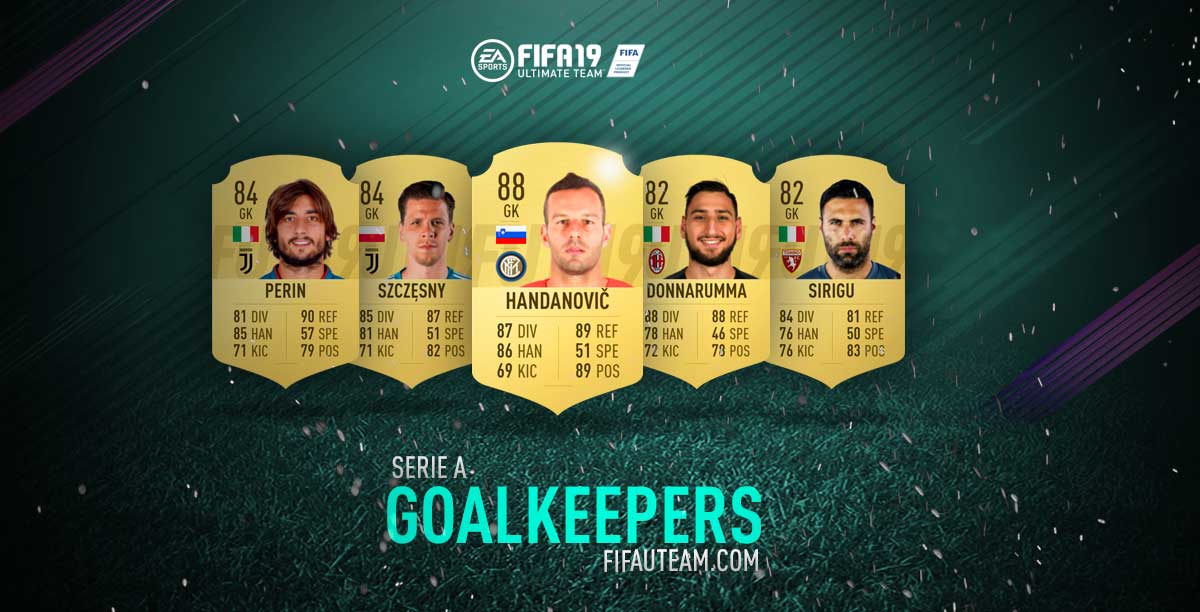