A goalkeeper task is made easier if in front of him are quality central backs. Their function is to stop the opponent from getting dangerously close to your team’s goal.
KEY ATTRIBUTES
On a centre back, two attributes assume particular importance on their performance: defending and physical.

GLOBAL ANALYSIS
Bundesliga was needing a player like Lucas Hernández. He is fast, strong, defends well and is good enough with the ball on his feet. Akanji is our second choice. The Borussia centre back is taller and has better work rates but in everything else is slightly worse. Süle is also an interesting option. He isn’t as fast as the other two, but he is better on the defence. With the same height, word rates and similar stats, there is Tah. The biggest difference is that his defending stat which is slightly lower. 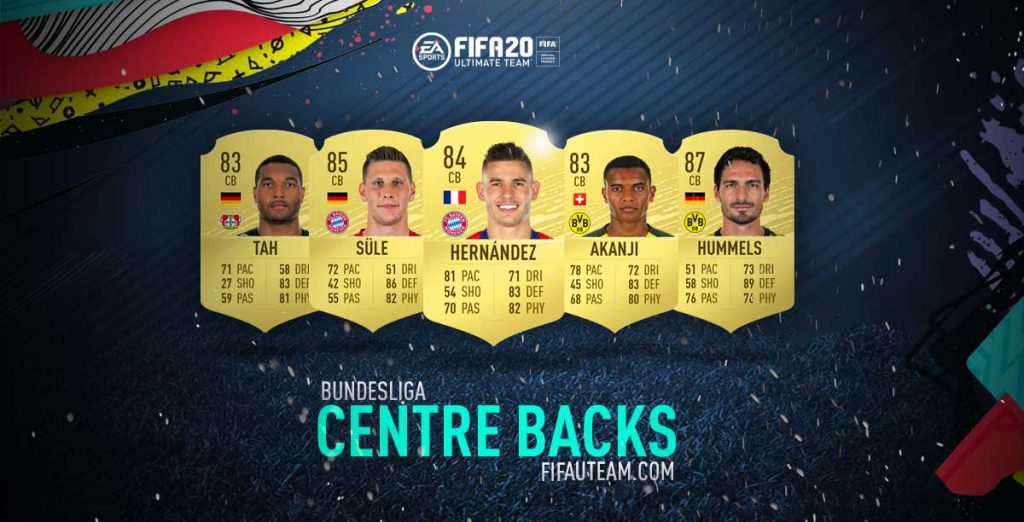 Full backs have the role of troubling the job of wingers. In addition, good full backs also support their team mates on offensive manoeuvres.
KEY ATTRIBUTES
Defending and pace are very important attributes for any right back.

GLOBAL ANALYSIS
There are no good right-backs in this league. The best player is Kimmich but he doesn’t have what a player in this position needs. He is slow and his work rates are awful. You can use him with success in other positions, taking advantage of his good passing and dribbling but, for the right side of the defence, we believe Mbabu will make a better job. Klostermann is also an alternative. He is also fast, defends better but he is weaker. 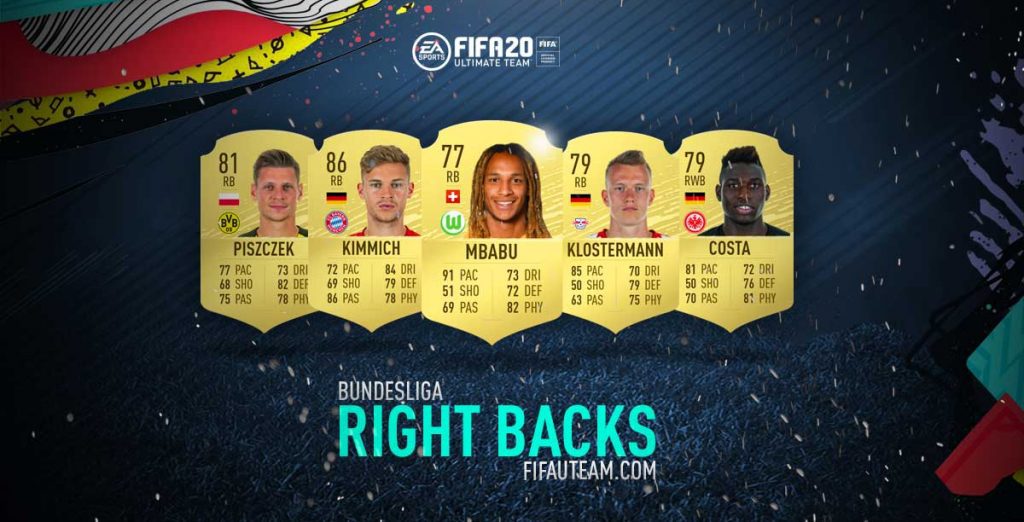 Left backs have exactly the same role of their team mates on the other flank. In other words, they try to make a winger’s job hard and participate in the team’s offensive manoeuvres.
KEY ATTRIBUTES
Defending and pace are very important attributes for any left back.

As defenders that they are, they should have good defending capacities. This reduces a team’s risk of conceding. A flanked game tends to be faster than a game based in the middle of the field. The players that fill these spaces need to be fast, both penetrating defensive and attacking moves of the team.


GLOBAL ANALYSIS
David Alaba is, in our opinion (and probably almost everyone’s opinion), the best left-back playing in Bundesliga. He is the one with better shooting, passing, dribbling and defending stats. Roussillon is a decent alternative to him. He’s very fast and consistent on both attack and defence.

Schulz and Hakimi are also good choices. The main difference between these two teammates is the passing. If you use Hakimi, pay attention to his low defensive work rate. 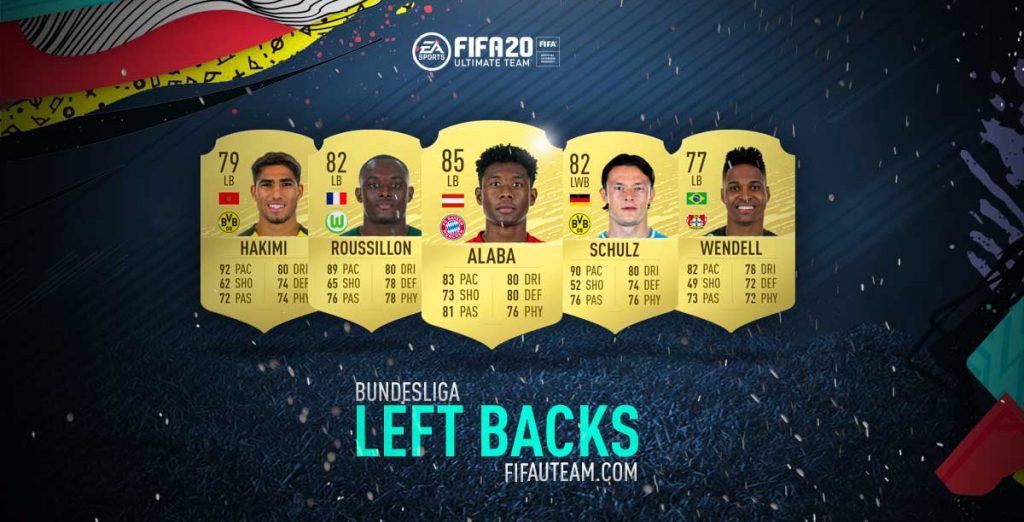