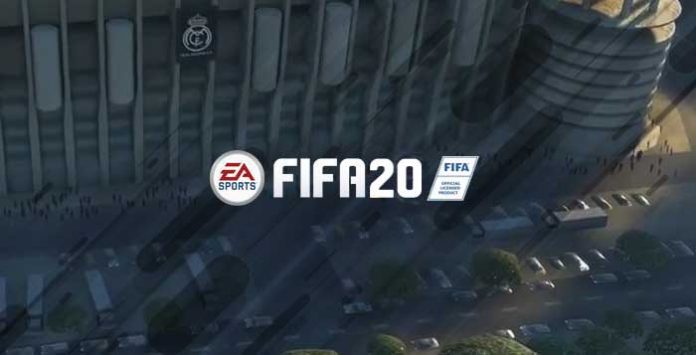 What is planned for the coming months

Over the last few months, EA’ve been impressed by all the grassroots exhibition competitions around the world in these unique times. They’ve seen exciting tournaments from the community with some incredible charitable elements. They witnessed entertaining National competition with the FIFA eNations Cup StayAndPlay Friendlies and they were also amazed by the immense support for the EA SPORTS FIFA 20 Stay and Play Cup as more than 100 countries around the world tuned in.

Building on that success, and bringing focus back to their top EA SPORTS FIFA 20 competitors, they are adding new competition, transforming existing events and welcoming back domestic football league tournaments. This July and August, there will be EA SPORTS FIFA 20 remotely produced online tournaments, focusing on competition between our top-tier Global Series 20 competitors for fans and viewers around the globe.

EA will host the EA SPORTS FIFA 20 Summer Cup Series. These all-new online, regional events will see the top players from each of the six regions invited to compete in tournaments taking place from July 17th to August 9th, vying to be named their respective EA SPORTS FIFA 20 Regional Champion. Tournaments will be broadcast around the world on twitch.tv/easportsfifa.

The regions being contested will be Europe, North America, South America, Asia, Oceania and Middle East – Africa. The top EA SPORTS FIFA 20 competitors from both platforms, based on EA SPORTS FIFA 20 Global Series Rankings, will be invited to compete in the Summer Cup Series, which will be played exclusively on PlayStation 4 and have $228,000 in prizes available.

Many of the world’s top football leagues, including Bundesliga, LaLiga, Ligue 1, MLS and more, will resume EA SPORTS FIFA 20 esports events under revised formats in the coming weeks. More information on the subsequent EA SPORTS FIFA 20 league partner esports announcements can be found by visiting their respective websites.

Prizing for the Final FGS 20 Rankings
– EA will reward $700,000 in total prize money to competitors based on the final FGS 20 Rankings, $350,000 per platform. This $700,000 in prizing includes the $500,000 in prizing from the Playoffs in addition to the $200,000 from FUT Champions Cup Stage V.
– Competitors who are ranked within the top 100 places on each platform’s rankings, including players tied for 100th, will earn prize money based on the proportion of FGS Points that they have earned during the FGS 20 season
– All events that completed prior to March 3, 2020 and submitted their results will be included in the rankings.
– The FGS 20 Rankings on FIFA.GG are updated with all eligible earned points. Competitors will have until June 14th, 2020 to report discrepancies on the FIFA.GG Rankings to [email protected]
– The rankings published on Wednesday, June 17th 2020 will be considered the final rankings and competitors will be contacted within 60 days to process their prize payments after that time.

What else you need to know

Why are FUT Champions Cup Stage IV, the EA SPORTS FIFA 20 Global Series Playoffs and FIFA eWorld Cup not being transitioned to online?
As with any game, time zone considerations and latency between competitors from the different regions of the world (for example, Los Angeles to London) would not meet the standards we have for a top tier EA SPORTS FIFA esports event.
Competitions in our ecosystem that do not feature international play, such as domestic leagues, may resume within the guidelines of their local government’s COVID-19 response but will not contribute towards EA SPORTS FIFA 20 Global Series Rankings.

When will the FIFA.gg Rankings be final, including the FCC Stage VI points, for Playoffs prizing payouts?
Competitors have until June 14th to report any discrepancies with their FGS Points shown on FIFA.gg
Discrepancies can be reported by emailing [email protected]
The FIFA.gg update on Wednesday, June 17th will be considered the final standings of the FGS 20 season.

How will competitors be rewarded based on their FGS Rankings?
Competitors who are ranked within the top 100 places on each platform’s rankings will be rewarded, that includes competitors tied for 100th place. Any player ranked 101st or above on their platform’s rankings will not be eligible for prizing.
Player’s will be rewarded based on the proportion of total points they have earned compared to all the points earned by competitors in the Top 100.
For example, if all players on the PS4 Rankings in places 1-100 earned a total of 10,000 FGS Points, and player A earned 1,000 ranking points, Player A would win: (1,000 points/10,000 points) X $350,000 = $35,000

When is the last weekend league that will be counted for the rankings?
Weekend leagues through the February period (ending March 3rd, 2020) will contribute Points toward a player’s final FGS Ranking