Many of the FUT formations require some midfielders that have a natural aptitude to defend. Central defensive midfielders distinguish themselves for being especially aimed to help the back line. According to their attributes and their work rates, they can also be useful to start attacks. They occupy a very strategic position in the field.
KEY ATTRIBUTES
You need to look at several attributes when choosing a central defensive midfielder: defending, to be able to support the back line; strength, to win possession more times; heading, to win the ball in aerial moves like goal kicks; pace, to cover as many spaces as possible; stamina, so he can equally participate in offensive and defensive plays (especially useful for players with high/high work rates); passing and possession, so that he can properly start attacks. In our opinion, the two first are the most important ones.

Yokuslu is one of the fastest, one of the strongest and has decent defensive skills, making him one of our favourites. Fernando defends better but is slower. Another player who could be better is William Carvalho. Once again, his pace makes him almost unusable.
TOP 10 CENTRAL DEFENSIVE MIDFIELDERS
01 87 🇧🇷 Casemiro
02 89 🇪🇸 Sergio Busquets
03 78 🇹🇷 Okay Yokuslu
04 81 🇧🇷 Fernando
05 77 🇷🇸 Nemanja Gudelj
06 83 🇵🇹 William Carvalho
07 83 🇦🇷 Éver Banega
08 83 🇪🇸 Illarramendi
09 77 🇪🇸 Javi García
10 78 🇸🇳 Papa Kouli Diop 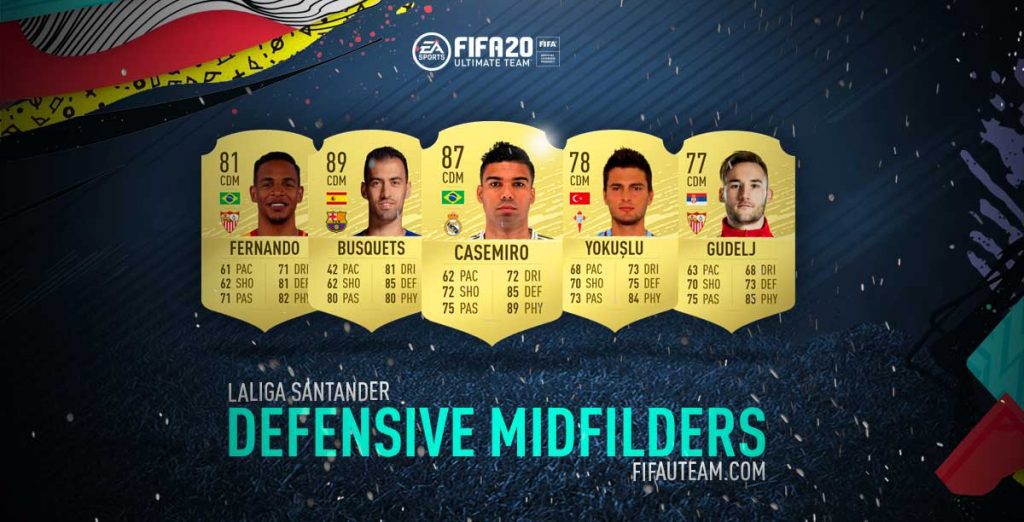 A lot of games are decided in the midfield and not close to the goals. The players that play in these zones are the ones that should create chances and set the pace of the game.
KEY ATTRIBUTES
Centre midfielders are responsible for discovering lines that break the opponent’s defence. Their passing quality has to be really good so they can assist forwards. 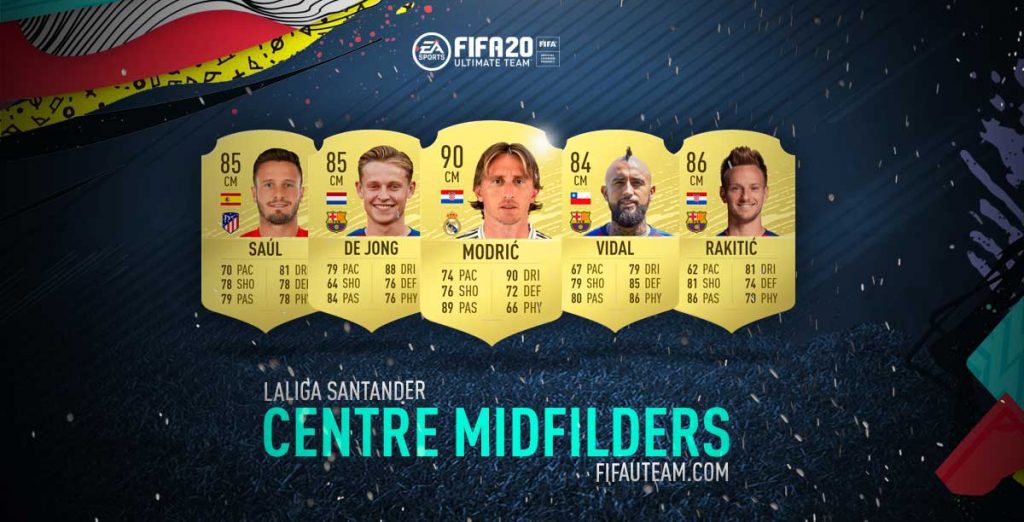 We were supposed to have another great CAM in this league but, unfortunately, James lost almost 20 points of pace. He never will be the player he was before. If you cannot pay the price asked by Fekir or Isco, we suggest using Canales. If you want to pay even less, Muniaín is also a decent choice.
TOP 10 ATTACKING MIDFIELDERS
01 84 🇫🇷 Nabil Fekir
02 86 🇪🇸 Isco
03 84 🇪🇸 Canales
04 85 🇨🇴 James Rodríguez
05 82 🇪🇸 Muniaín
06 81 🇧🇷 Rafinha
07 80 🇪🇸 Raúl García
08 76 🇰🇷 Kangin Lee
09 76 🇪🇸 Fede Vico 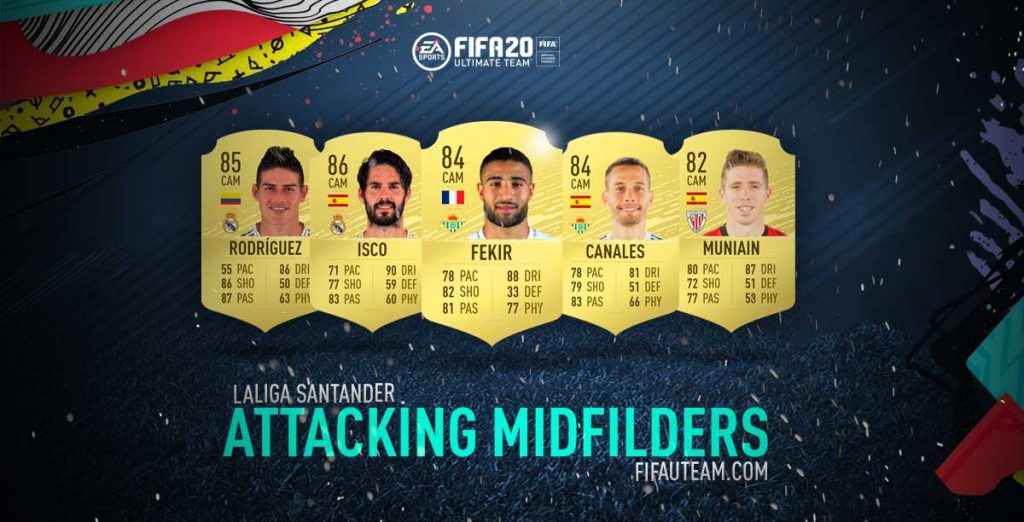 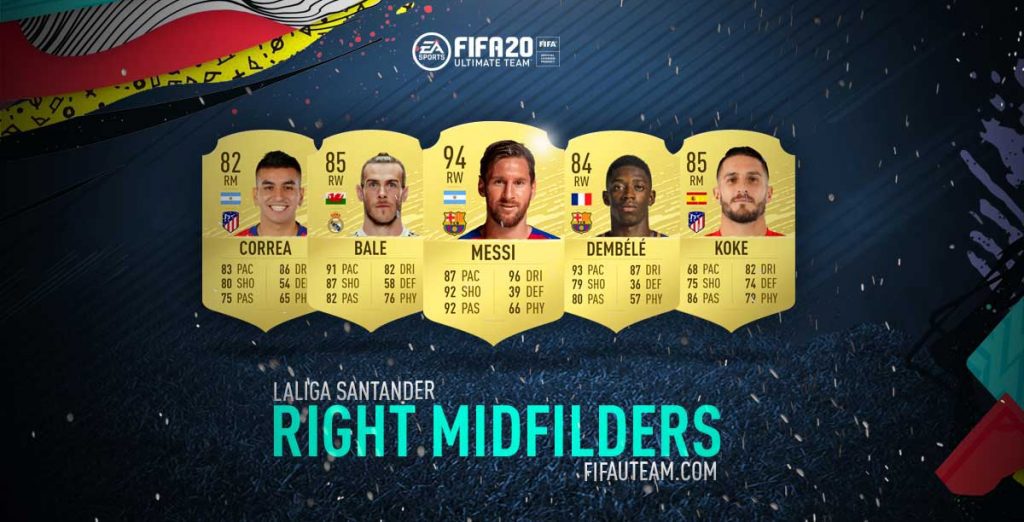 After these two, there is Lemar and Vinicíus. Use the first one if you usually cross to the box and the Brazilian one if you prefer to cut to the area. Asensio is right behind these two. 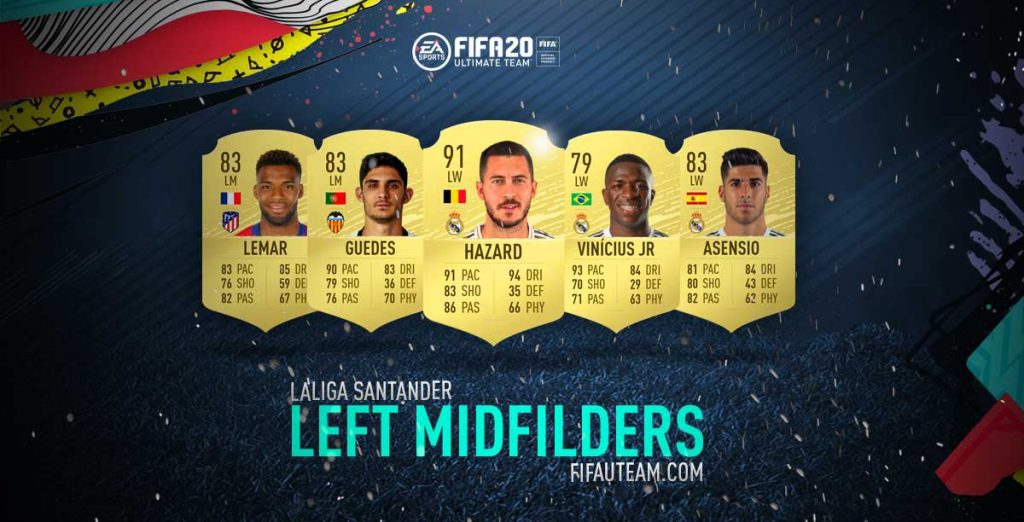