THE BEST FIFA 20 SERIE A FORWARDS

GLOBAL ANALYSIS
Cristiano Ronaldo is the best striker in the entire game and, for that reason, his item is the most expensive one. Only a few can pay that price. Hopefully, there are other good forwards and strikers in Italy. Our favourites are Mertens and Insigne. They are perfect to support the main striker.

If you want a native ST, you probably should try Lukaku. Unlike the other two, he knows how to score with the head and he is also good with the feet. The only thing we wish he was better is pace. Rebic, for example, is one of the fastest but that doesn’t stop him to have high shooting and physicality stats. For low-budget squads, we recommend Lautaro Martínez and Belotti. Higuaín, Mandžukic and Džeko could be much better options if they were faster.
TOP 10 FORWARDS
01 93 🇵🇹 Cristiano Ronaldo
02 87 🇧🇪 Dries Mertens
03 87 🇮🇹 Lorenzo Insigne
04 85 🇧🇪 Romelu Lukaku
05 80 🇭🇷 Ante Rebic
06 86 🇮🇹 Ciro Immobile
07 81 🇦🇷 Lautaro Martínez
08 84 🇭🇷 Mario Mandžukic
09 85 🇦🇷 Gonzalo Higuaín
10 82 🇮🇹 Andrea Belotti 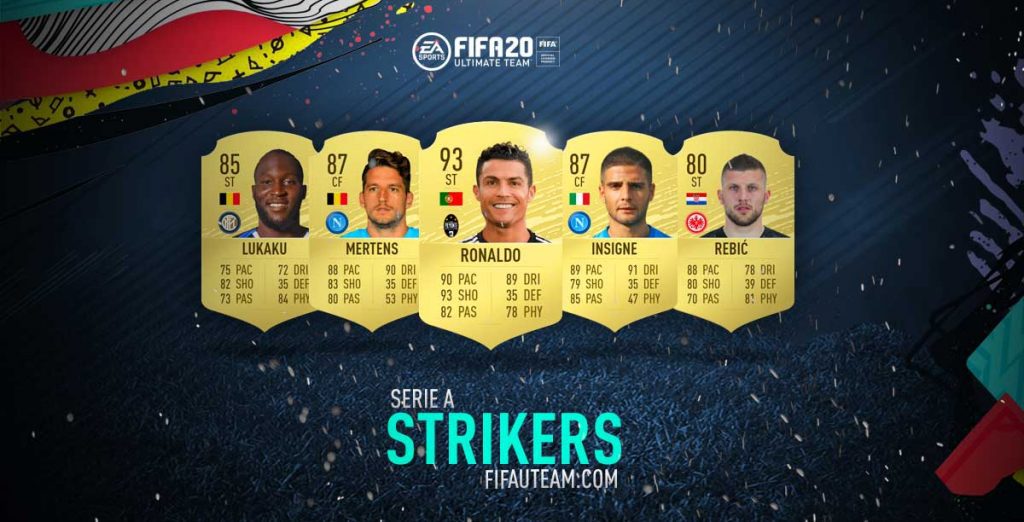