FIFA 21 Ambassadors are known players used by EA to promote their game.

List of all FIFA Ambassadors.
Click in any player name to see the media associated.
AMBASSADORS
AMBASSADORS 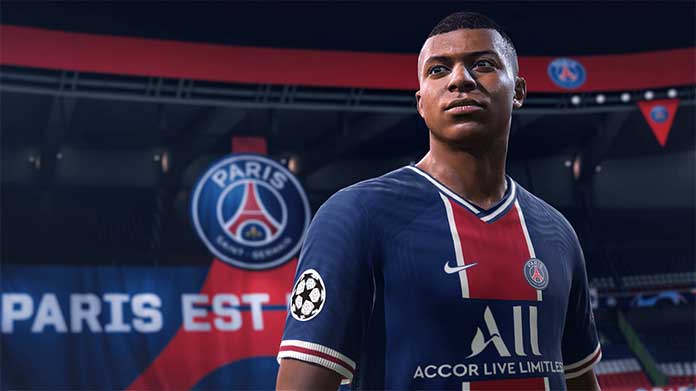 Genesis
Like most maestros, Mbappé was natural. His coaches at AS Bondy say he was ‘’born into football’’. Bondy was a place where they never gave him special treatment. He was challenged, the pressure was applied, a diamond formed. He learnt how to hustle. This humility created the perfect foil for the daring, breathless ball of tricky elasticity we’ve come to know as Kylian Mbappé.

The Warm Up
Mbappé, age 12, would attend France’s famous finishing school – Clairefontaine, home to legends such as Thierry Henry, Nicolas Anelka, and many of Mbappé’s peers. Whilst training at Clairefontaine, Mbappé would go back home every weekend to continue playing for AS Bondy. The boy was bonded to Bondy, to his roots. Mbappé understood exactly what it would take for him to achieve his dreams. This is why, despite being part of a long-line of famous alumni at Clairefontaine, none have made history as quickly as Kylian has.

I’m Kylian, Nice to Meet You
As with all wonderkids, there were murmurs of a new, French ‘’you know who’’. But, we’d heard it all before. We needed evidence. His dizzying runs, flicks, tricks, and finally – goals in the 2017 UEFA Champions League sent his club on a thrilling semi-final run. He was clearly talented. But it was at the 2018 FIFA World Cup™ that Mbappé’s sparkling ability crystallized for everybody to see. Mbappé was the leading light, winning the Best Young Player award and scoring two goals in the final to scoop the FIFA World Cup™ for France. Kylian was now the ice-cold torchbearer, the one who had turned the faltering red flame of Les Bleus, blue once again. How It’s Done
Mbappé’s style of play fuses flair, finesse, and oozes fun. Whether he’s pirouetting away from defenders to create space for a shot on goal or exploding through the lines at lightning speed during a counter-attack; Mbappé cannot be missed. Literally. Inspired by the Ballon d’Or winners of days past, Mbappé’s skill set feels both new and old. Old in the sense that his showmanship gets you off your seat, as all the great attackers did. But it feels new with this modern, tactical flexibility, meaning Mbappé can be a threat from anywhere: a defender’s nightmare.

Next Up
Mbappé’s meteoric rise is no coincidence. When you combine his generational talent, work ethic, and family values, Mbappé was always set to lead the world’s game. In true Gen Z fashion, we’ve seen every major milestone in Kylian’s ascent right before our eyes. When you see him play, he’s unfazed by the lights, the cameras, and of course, the action. Whether he’s winning World Cups, scoring goals for PSG or goofing about on Snapchat, Mbappé’s authenticity makes it all seem normal. At age 21, Mbappé has already achieved so much. But there is a lot more to come. ‘’Like all kids I dreamed. Maybe I dreamt a little more’’ said Mbappé. The leader of the new school is ready to own the world. 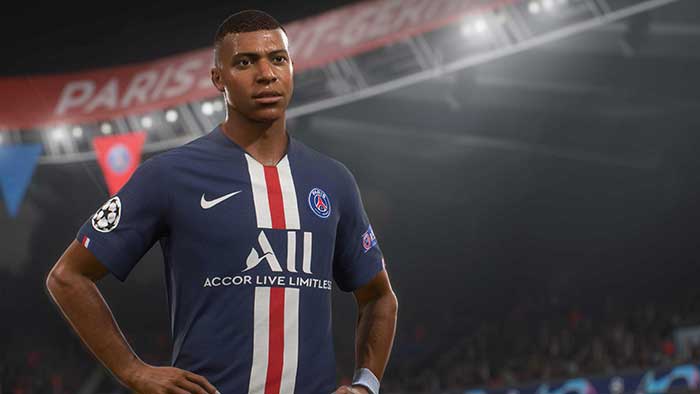 “Being on the cover of fifa is a dream come true. From my time at bondy to clairefontaine to the world cup, this marks another big milestone. I’ve been playing this game since I was a kid and I am honored to represent a whole new generation of footballers and be in the same group as many other amazing footballers who I now share this honor with”, Kylian Mbappé
From humble AS Bondy to the feted Clairefontaine, Kylian Mbappé was always destined for greatness. The new FIFA 21 cover star has scored FIFA World Cup™-winning goals, won league titles, was named Golden Boy in 2017 and won Ligue 1 Player of The Year at the age of 20. He signed his first professional contract in 2016. A lot can happen in four years when you’ve got the world at your feet. 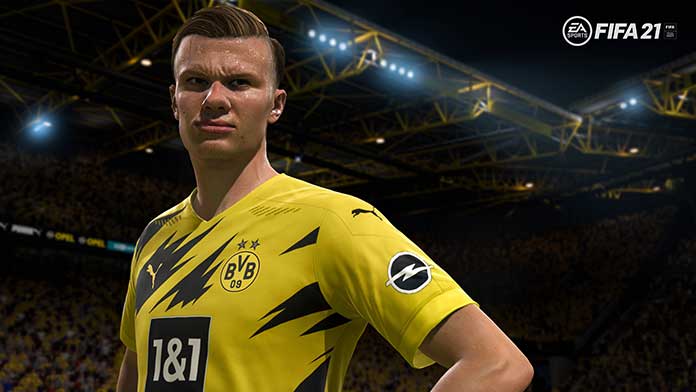 ERLING HÅLAND
Erling Haaland’s rise has been meteoric, he’s taken off like a rocket and become a household name in the space of 12 months. Stellar performances in Austria earned him a move to German giants Borussia Dortmund, where he scored a hat trick within 23 minutes of his debut in front of the famed Yellow Wall. Easy. 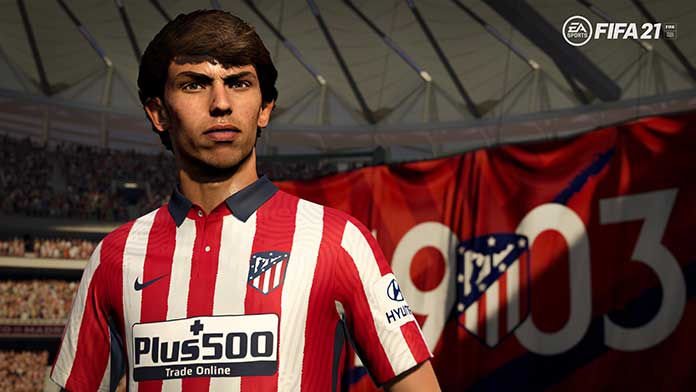 JOÃO FÉLIX
João Félix is known for his technique, speed, dribbling, and for being the most exciting player to  come out of Portugal since you know who… His performances in his debut season for Benfica – which include becoming the youngest player to score a UEFA Europa League hat trick – were so strong that Atlético de Madrid made him the third most expensive signing ever when they brought him to the Spanish capital. Still only 20, he’ll be terrorizing defences for years to come. 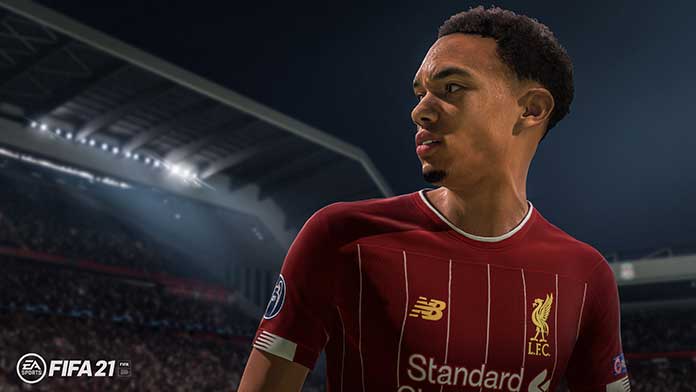 TRENT ALEXANDER-ARNOLD
The new homegrown star of Liverpool FC, Trent Alexander-Arnold broke into the first team at the age of 18 and has been there ever since. Now 21, he’s a UEFA Champions League and Premier League winner, as well as being a regular at the top of the assist charts – from full-back. He’s reinventing the role for a whole new generation. 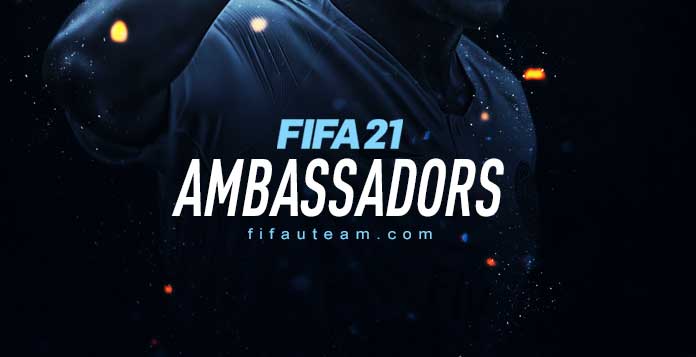 BRUNO GUIMARÃES
Bruno won’t take no for an answer. He was rejected by many clubs but never gave up. Now, age 22, he’s putting in MOTM performances as a midfield anchor against top sides in the UEFA Champions League. You get out what you put in.

CARLOS VELA
Carlos Vela’s commitment to trickery has entertained fans from his early days in England to his creative peak in Spain and now for Los Angeles FC. Spectacular goals and assists are the norm for Vela – who buzzes off inventive plays – usually completed with his trademark ‘’chip’’ finish. 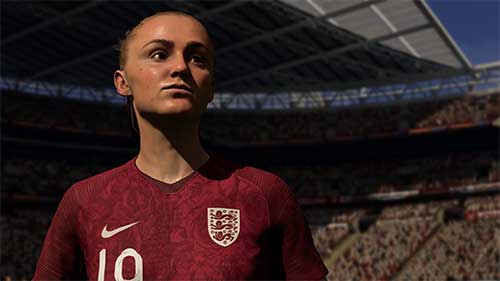 GEORGIA STANWAY
Georgia Stanway wants to make history. Inspired by legendary striker, Alan Shearer, she wants to create her own legacy with headers, volleys, and 40-yard pearlers like her idol did. After winning the PFA Women’s Young Player of The Year award last season – she’s well on her way.

GIO REYNA
Gio Reyna’s sharp ascent has people referring to his famous footballer father, Claudio, as simply ‘’Gio’s Dad’’. When you’re the youngest American to play in the UCL, Bundesliga and score in the German Cup there’s going to be a bit of noise around you. Gio still video calls his dad post-match, though.

HWANG HEE-CHAN
Hwang is the latest star to rise from South Korea. After scoring goals for fun in Austria, he landed a move to the Bundesliga. Nicknamed ‘’The Bull’’ due to his aggressive style of play, he’s one you won’t want to miss.

JAVIER HERNÁNDEZ
By the teams he’s played for, he’s affectionately known as ‘’The Little Pea’’. For opponents though, he’s just an absolute nightmare. Chicharito has been scoring big goals since he arrived in Europe in 2010. A pure poacher, his innate ability to find the back of the net scored him two Premier League medals and cult hero status up in the terraces. Now he’s taken his talents to LA Galaxy – where he is sure to make an impact on the scoring charts. 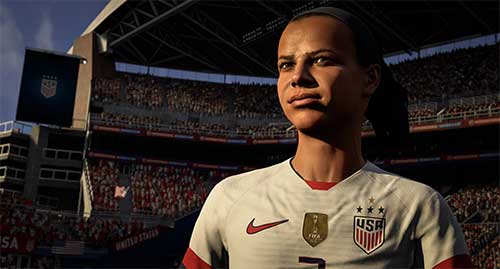 MAL PUGH
Mal Pugh wanted to succeed on her own terms. That’s why she famously dodged playing college football and turned pro immediately – signing with the Washington Spirit. Only 22 but with over 60 caps… There’s a reason Mal had the self-belief to skip class.

MASON MOUNT
He’s blue, through and through. Lifelong Chelsea fan Mason Mount is living out his dreams scoring and creating goals for his beloved club. Guided by Frank Lampard, his idol and mentor, Mount is ushering in a new era for a youthful, modern Chelsea. 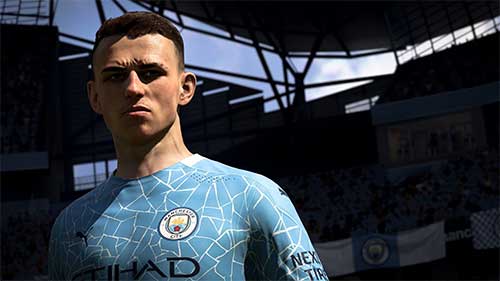 PHIL FODEN
Phil Foden would rather walk it than talk it. Stockport-born, City-bred, Foden is set to be the metronome in Man City’s orchestral attacks for years to come. 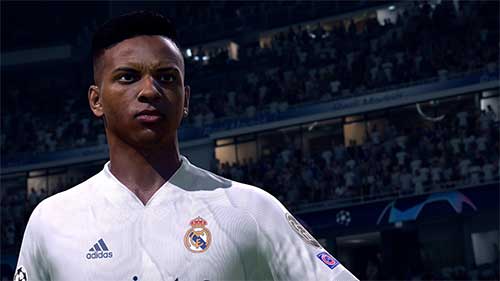 RODRYGO
Rodrygo knows what’s expected of Brazilian forwards playing for Real Madrid. But this doesn’t matter to him. He lives in nobody’s shadow. He leads a new generation by example. Everybody’s watching The Rodrygo Show. 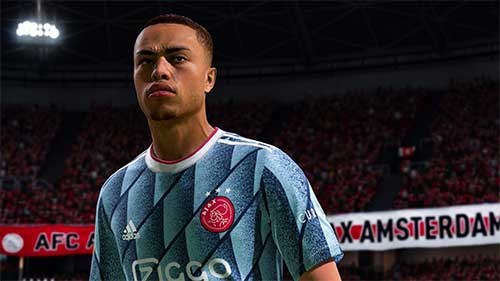 SERGINO DEST
For Sergino Dest, loyalty is everything. He chose to represent the USMNT at national level over Holland because they stuck with him from the start. Like his style of play – crafty, direct, cultured, Dest merges the best of Dutch technique with American drive and spirit. 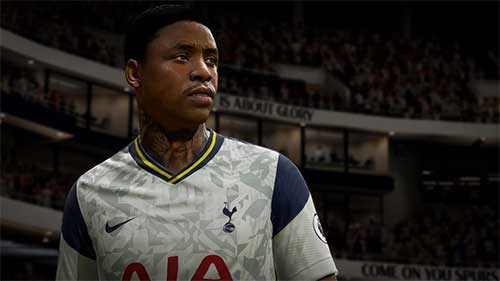 STEVEN BERGWIJN
Steven Bergwijn likes to be inspired. Whether he’s playing games with friends, exploring his new surroundings in North London or even back home in Amsterdam. Bergwijn brings his real life onto the pitch to keep fans on their feet with his trickery, drive and sometimes familiar celebrations! 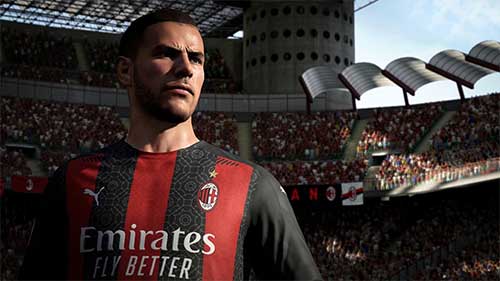 THEO HÉRNANDEZ
Everybody has a bridge to cross. When you have a brother who’s roughly the same age as you and plays the same position, competition on the dinner table is rife. At 22, Theo Hernández has already won a UEFA Champions League medal. The wing-back is flying high.

WY LEI
After playing in his native China for almost 20 years and receiving Best Player and Top Scorer awards in CSL, Wu joined Espanyol in LaLiga last season and announced his arrival in European football with his signature spectral, deft movement.

Frequently Asked Questions (FAQ)
WHAT IS A FIFA AMBASSADOR?
An Ambassador is a very popular player used by EA to promote their game. Ambassadors images feature on FUT pack covers, game mode screens, FIFA marketing campaigns and eventually on the FIFA cover.
HOW MANY AMBASSADORS ARE?
Usually, each FIFA features from 3 to 6 ambassadors. It may include former players.
HOW DO I KNOW WHO ARE THE AMBASSADORS?
Usually, EA announce them when the game goes out but you can also check on this page.
WHAT IS THE GIFT BOX?
A special package is crafted specifically as a gift to FIFA ambassadors and influencers. They receive this gift one week before the game release, as a thank you and appreciation for their dedication and passion. Each case contains a PS4 console with the FIFA pre-installed game and an Ultimate Team Kit.
WHO ELSE PROMOTE THE GAME?
These are the main three:

Ambassadors
Players who were chosen to promote the game on FUT pack covers, game mode screens and FIFA marketing campaigns. At least one of these players features on the cover.

Talents
Other players who can also promote the game in their social networks or other types of partnerships but don’t represent the game by itself.

Influencers
Soundtrack artists or social networks stars with who EA celebrates a partnership to use their image to promote the game.
CAN YOU GIVE ME EXAMPLES OF TALENTS AND INFLUENCERS?
Sure. Taking FIFA 20 as example:

Infuencers
Trevor Noah
J Balvin
Loyle Carner
Maluma
Major Lazer
Sofi Tukker
WHAT IS THE FUT AMBASSADOR PLAYER PICK?
It is one of the offers for pre-orders of the Champions and Ultimate Editions. Basically, you receive a player pick with 3 selections and you have to pick one. Each selection is a FIFA 21 Ambassador that can be used on your FUT squad up t three matches. 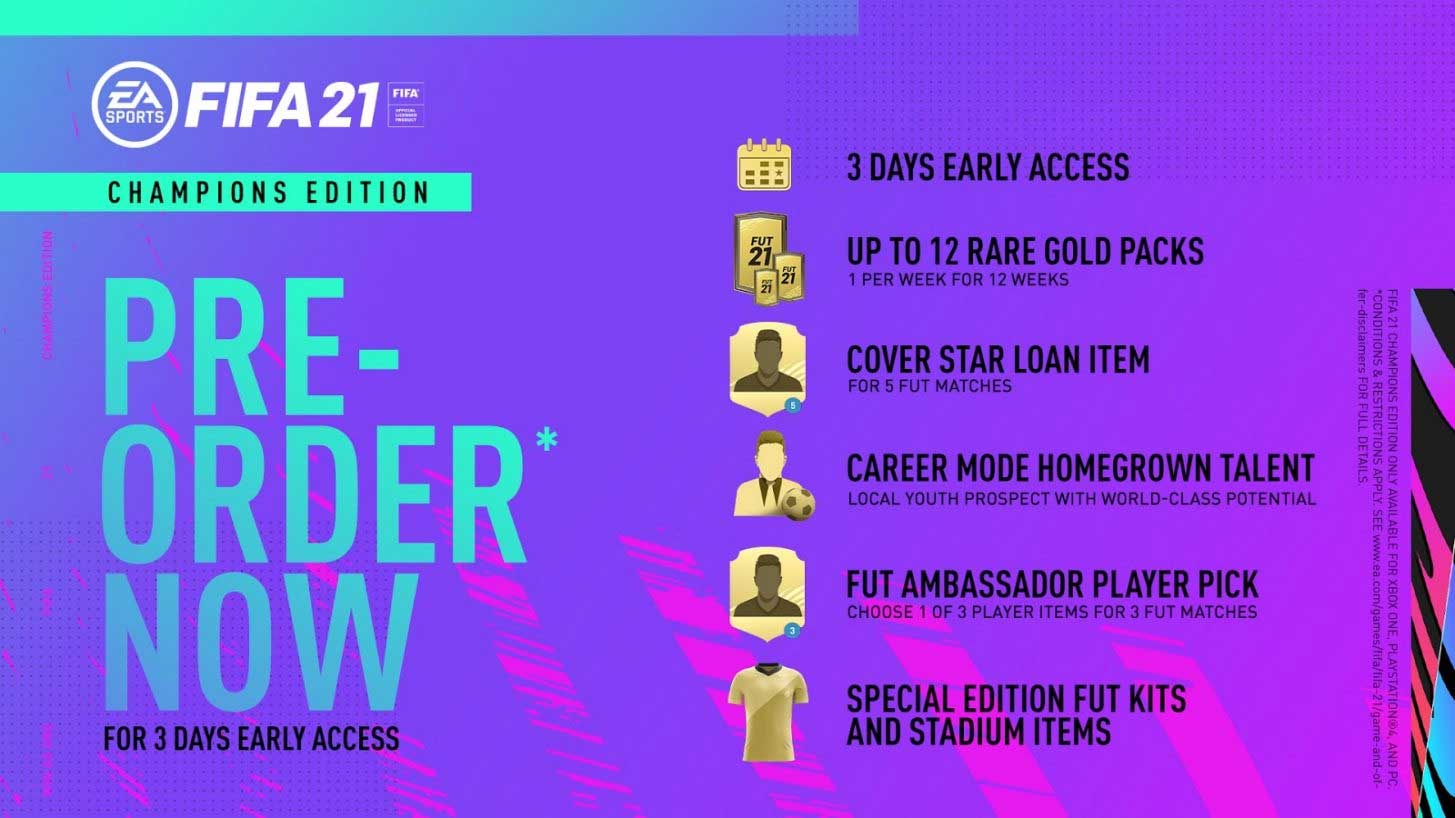 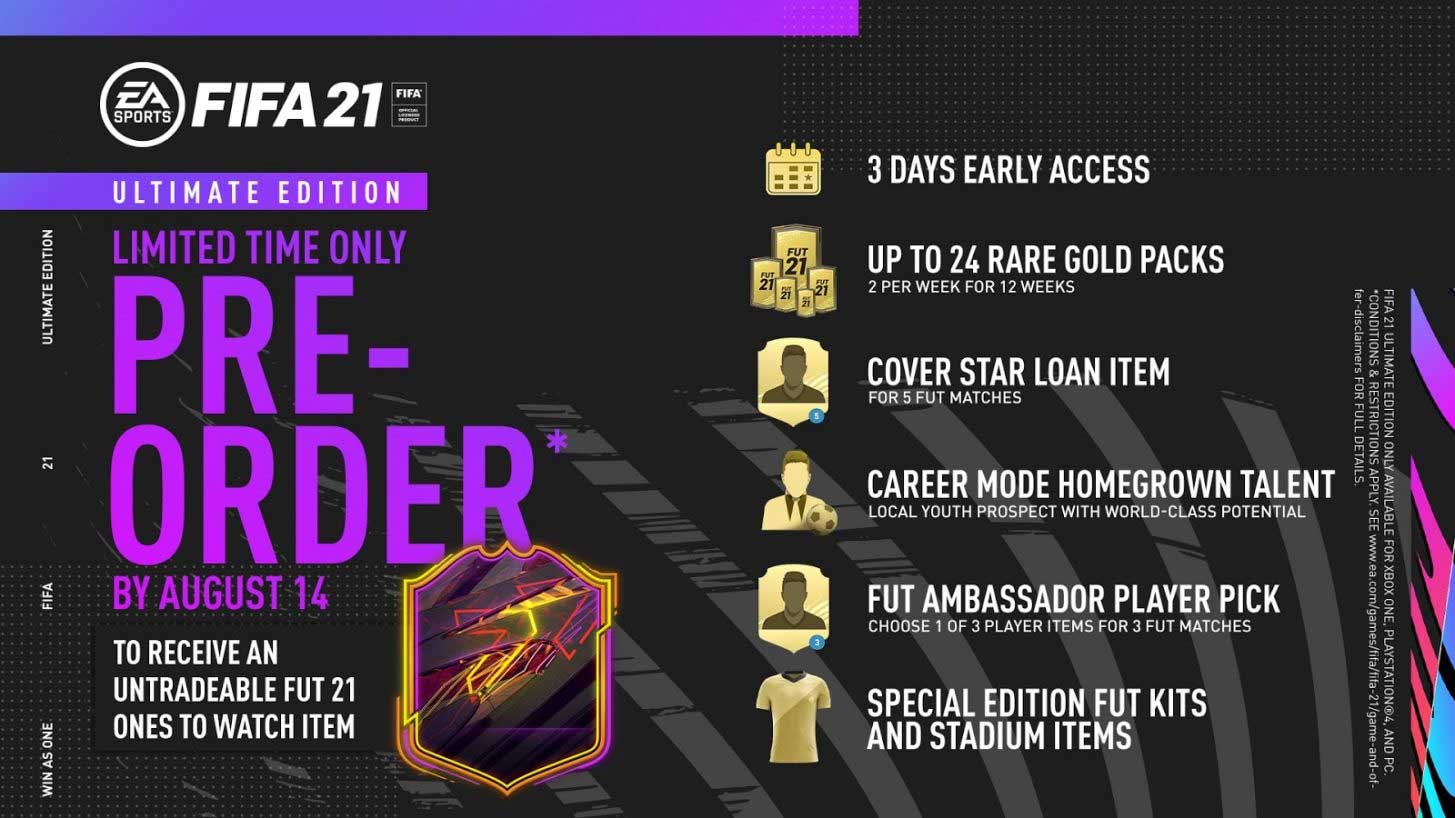