PLAYER INFO
SHORT BIOGRAPHY
Highly regarded for his humble personality and team ethics, Xavi is viewed as being the embodiment of the tiki-taka passing style of play, and is widely considered to be one of the best players of his generation and one of the greatest midfielders of all time. 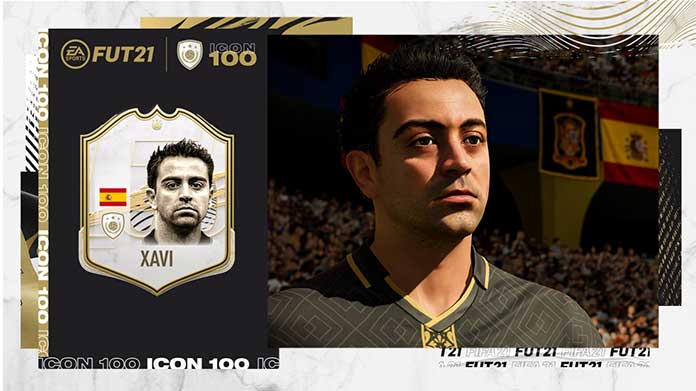 IRL MEDIA IMAGES AND VIDEOS OF THE PLAYER

BASE
RELEASE DATES
STATS
2004
Having progressed through La Masia, Xavi burst onto the scene aged 18 when he helped Barcelona win the 1998-99 La Liga title and being named La Liga Breakthrough Player of the Year in his debut season. On the international front, Xavi quickly established himself with call-ups to the 2002 FIFA World Cup™ and 2004 UEFA European Championship. In 2004-05, Xavi won La Liga, the Supercopa de España and La Liga Spanish Player of the Year to start an exceptional run of winning silverware.

MID
RELEASE DATES
STATS
2015
Xavi was named as club captain for the 2014-15 season which would prove to be his final campaign with Barcelona. The season ended in typical Barcelona style with Xavi once again winning a La Liga, Copa del Rey and UEFA Champions League treble, becoming the first team to do so twice. In his last game for Barcelona, Xavi lifted the UEFA Champions League trophy and bowed out with a record 767 appearances for the club and as arguably the best passer of the ball in football history.