Would you like to know how is team rating overall calculated or which players you should use to complete a specific squad building challenge for the lowest price possible? Do you know what bronze benching is? Well, all these things and much more are explained in our FIFA 21 squad rating guide.

What is the FIFA 21 squad rating?

Team rating is a quality evaluation system that allows you to compare different squads. It measures how good, supposedly, a team can be. This measurement is made through each player’s individual rating/overall in a starting eleven. It is, then, a little subjective, because a player with the highest rating is not always the best player.

FIFA 21 Squad Rating can go from 0 (worst) to 99 (best). This number is shown on the superior left corner of the active squad menu. If you want to know the team rating of your squad, check it on your console, companion or web app. Do not use squad builders, like FUTHead or FUTWiz, because the way how they calculate the FIFA 21 Squad Rating is not always 100% correct.

Besides measuring the quality of the team, FIFA 21 Squad Rating also provides another general rating: the Star Rating. The Team and Star ratings are related as the table shows.

How is FIFA 21 Squad Rating Calculated?

The Team Rating is basically the result of the average between all 11 players’s overalls plus a correction value. The way how Fit is calculated is not well known by the FIFA players community. For this reason, we will share it with you, trying to make it as simple as possible.

In order to find out the team rating you just need to know each one of the starting eleven ratings. As it was said here, the first step is to calculate the average between all these 11 players’s ratings. You just need to sum all those ratings and then divide the result by 11. Each player whose rating is superior to the average contributes positively to the correction factor with the difference between these two numbers.

To make things easier, we will focus on these six steps:
1 Sum up the ratings of the 11 players;
2 Divide by 11 to get the average per player (do not round it);
3 For every player above the average calculate by how much they are above the average and sum this up (do not round it);
4 Add the value you got in the previous step to the one you got in step 1;
5 Round it to the nearest digit and divide it by 11;
6 Round down to get the final FIFA 21 squad rating by the formula. 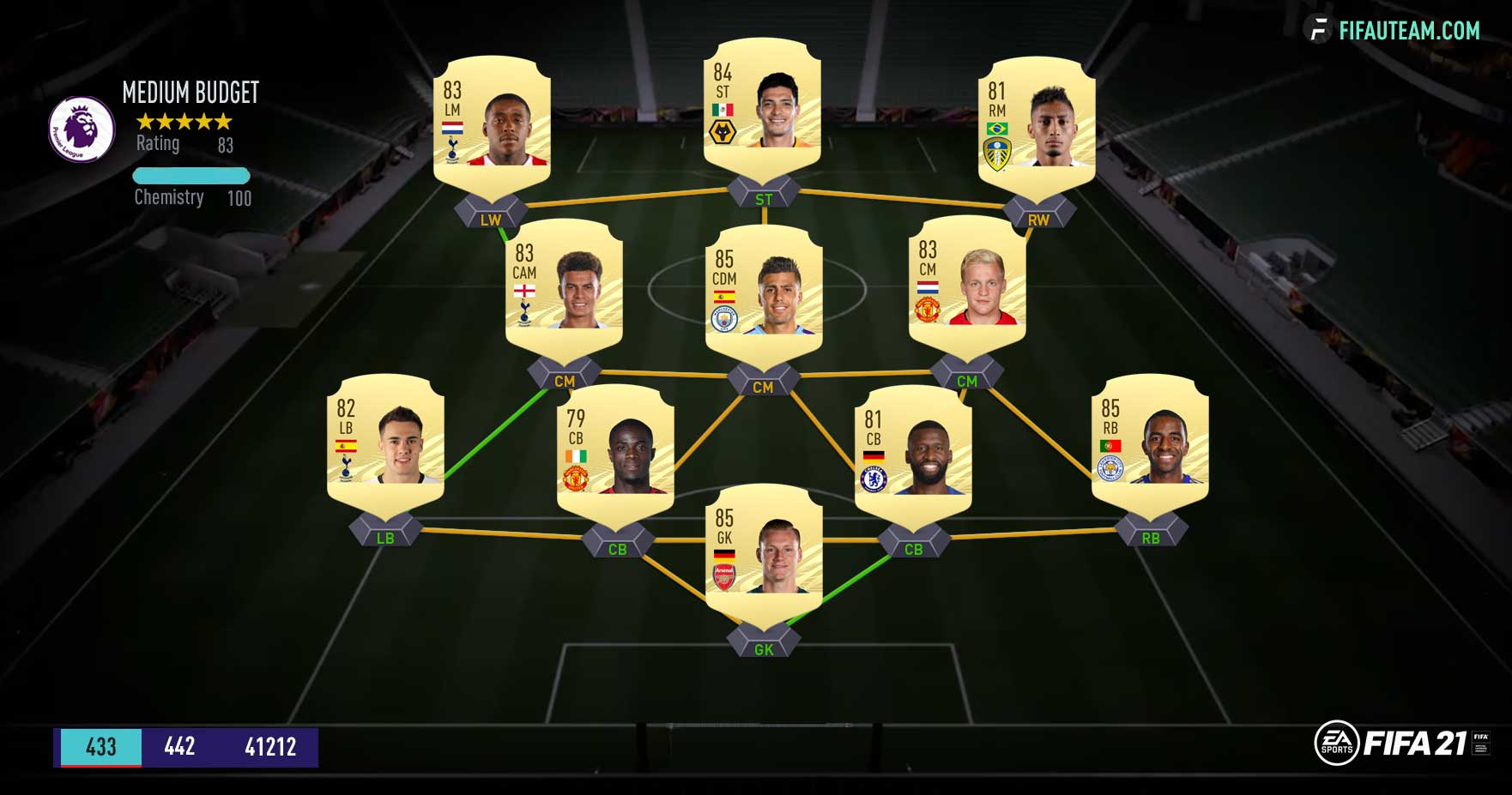 To make the things easier, we will look to an example of a Premier League squad. We suggest to use this guide or the EA’s concept squad building when you want to test team ratings.

STEP 1 – SUM UP THE RATINGS
This is extremely easy. Add up all these numbers together and you’ll get 911.

If you are not good at math, you can check here squad rating combinations you can use.