TEAM OF THE KNOCKOUT STAGE 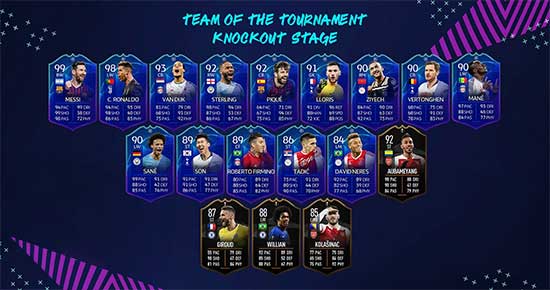 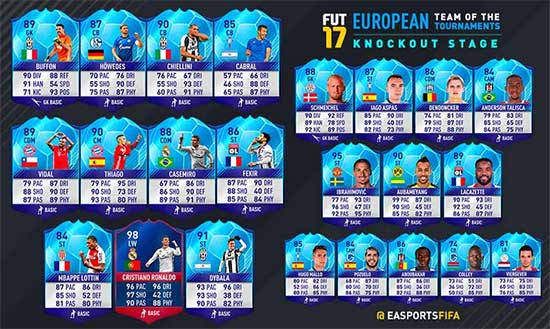 Team of the Knockout Stage offers from previous years.
Click or tap on the edition you would like to know the offers.
FIFA 19
17
FIFA 19 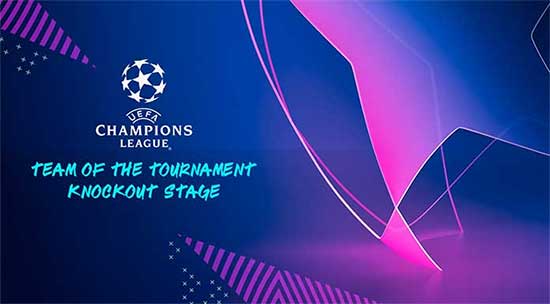 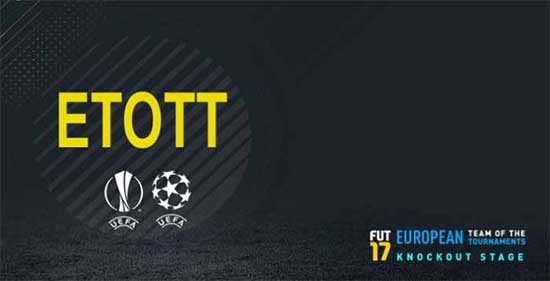 MORE ABOUT FIFA 21 TEAM OF THE KNOCKOUT STAGE

FIFA 21 Team of the Knockout Stage FAQ section.
1
2
3
4
5
6
7
8
9
10
11
12
13
1
Q: What is the TOTKS event?
A: Team of the Knockout Stage is an event created by Electronic Arts to celebrate the best players of the UCL and UEL knockout stage.
2
Q: What is the TOTT?
TOTT items are assigned to the best players of European Champions League – Team of the Groups Stage (TOTGS) and Team of the Knockout stage (TOTKS). UCL TOTT players receive double upgrades relative to the most recent TOTW card, or eventually another special card (except regular UCL, TOTY and TOTS).
3
Q: When the TOTKS event takes place?
A: Usually it is released before the semi-finals and lasts one week.
4
Q: When was the TOTKS event released for the first time ever?
A: The TOTKS event was released for the first time ever in FIFA 17. However, it is not released every single year.
5
Q: Who picks the Team of the Knockout Stage?
A: Electronic Arts.
6
Q: How many players are selected for the TOTKS?
A: Around 18 players are released in packs with additional items available exclusively via SBCs or Objectives throughout the event.
7
Q: Can a TOTKS player’s rating change?
A: No. TOTKS card ratings remain unchanged after being implemented into FUT.
8
Q: Are OTW items upgraded when a TOTKS card is released?
A: Yes, they are affected by these items.
9
Q: Can I own other versions of the TOTKS item in my club?
A: You can have multiple items of the same player in your club. However, you cannot use them in your squad at the same time.
10
Q: What happens to regular items while TOTKS are in packs?
A: They are not released while TOTKS are in packs.
11
Q: How can I get a TOTKS player card?
A: You have to pack them while they are available in packs. A selection of players can also be found in objectives and SBCs.
12
Q: In which FUT packs I can find TOTKS cards?
TOTKS players can be found in any pack with rare gold players. Obviously, the chances of finding one of these cards are higher if you open a pack which contains more rare gold players items.
13
Q: Are TOTKS items tradeable?
A: The TOTKS items you find in packs can be sold on the transfer market.