How to start making FUT coins

Trading is the activity of buying and selling goods. In FIFA, trading is usually focused on a short period of time. FUT cards fluctuate in price every hour. Let’s say there is a player on the market with an average 100k (100.000) coins market value. This card usually goes down to 90k and up to 110k a few times per day. If you buy for 90k and sell for 110k, you made a successful move with a profit of 14,500 coins after the 5% EA tax. This is trading in a nutshell (don’t worry, we will get deeper into that!).

Investing is another technique that is very popular in FUT, but it is different from trading. An investment is the purchase of goods that are not consumed today, but are used in the future. It is a long-term process and not as profitable as trading in general. Both have pros and cons, though.

Now that you understand what trading and investing is, there are some general trading and market tips that you should be aware of. These FIFA 21 trading tips are the basics of successful trading and have to be applied every time you make a move.

When you decide to buy something or invest in a certain player in FUT, you should have a plan or a good reason. Never buy something because somebody tells you to, and never panic buy a card. This usually results in losing coins rather than making a profit. This happens every single day!

A good example: in FUT we have Road to the Final cards. These special cards are linked to the Champions League and Europa League. When a team proceeds to the next round, the card gets upgraded and becomes better.

Example: we remember when the group stage for the Champions League was over and there was a draw for the knock-out stages in FIFA20. Obviously, the cards from players who drew a weak opponent were going to rise. Many people knew that, and they were ready to buy that card. But what most didn’t expect is that the card would only rise for maybe 15 minutes after the draw. Why? Because many people invested in that card beforehand as a gamble, and they started selling straight after the draw.

In FIFA 20, Road to the Final Martial went up from 480k to 580k after they drew Club Brugge, but after 1 or 2 hours Martial was far under 480k, and with that, much cheaper than before the draw. Many people lost coins on that card. But the people who lost the most money are the ones who first didn’t have a plan and secondly, they panic bought just after the draw while they didn’t know that they were already too late buying.

And what do you think those people did when they literally saw Road to the Final Martial drop from 580k all the way down to 450k? Yes, they listed them all, due to the fear of losing more. They put them up on the market for a few 10k cheaper than the lowest BIN (Buy It Now price) at that moment. And this is the domino effect in trading. When 1 person starts listing a few cards under the current price because he already dropped 10%, that player will drop 12%, The next person sells his cards too and it drops 15%, next person 20% and so on. It’s called ‘undercutting’. Before you know a card is cheaper than he actually was before. Never panic sell: a very important trading tip for FIFA 21.

Don’t buy anything without taking a look at the player graph on a FUT database. The graphs give you precise information about a players’ price from a month ago, a day ago and even the last few hours.

Players constantly fluctuate in price during the day, so it is important to check them before you buy anything to make sure you buy a card during the low fluctuations. Sounds easy right? Yet, many forget this.

Supply and Demand in the FUT Market

Supply and demand are the basics of economics. Same for trading in FIFA 21 Ultimate Team. If there is more demand than supply: prices rise. If there is more supply than demand: prices drop. When you are wondering if a player will rise or drop in price over the next days just think about those two things. If you have a Gold Kante card and on a Sunday evening you think: why is he so low now? Think about demand and supply. Didn’t the Weekend League just finish? Yes, so the supply is higher because people finished their games and they sell. Got it? 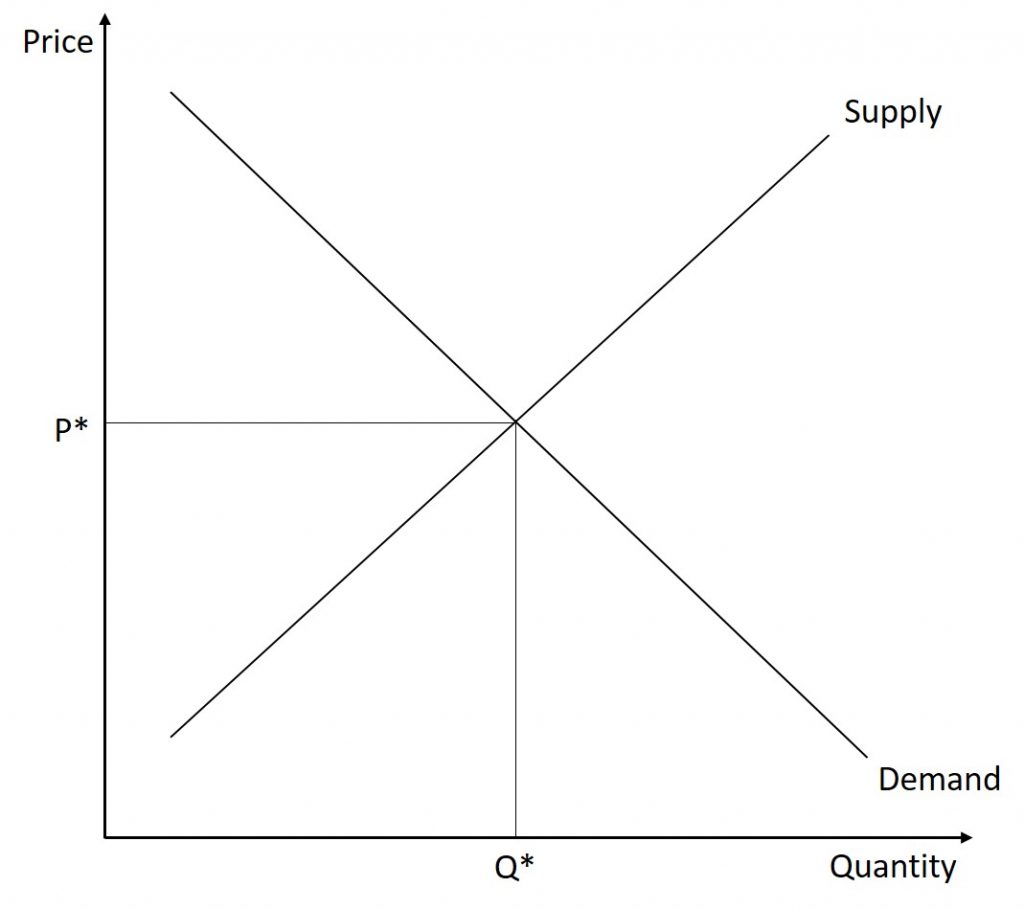 Let’s juice it up a bit and take a look at how live content like an SBC can affect the market. Remember the Player of the Month Vardy SBC at the start of FIFA 20? (It’s been a while…)

He was released 2 months after the release of FIFA 20, at a time when not everybody had a good team yet. The SBC required only an 83 rated team. For barely 20k you had a very decent striker with great pace and shooting. Everybody did that SBC.

So, what happened with the market? Well, we saw a big crash on any striker card in the game. Mainly on Premier League strikers. Why? Because everybody sold them to make space for Vardy! The demand on strikers crashed and supply rose!

Next thing we saw was an increase in the cheapest 83 rated gold cards that were needed for the SBC. Same principle: the demand for the Vardy SBC was so big that people needed 83 rated golds to complete it. Prices rose. That’s the basics of supply and demand!

Keep in mind that for every sale you make on FIFA, you pay 5% tax. So, when you buy a player for 90k and you sell it for 100k, your profit is not 10k. You will receive 95k after-tax, so your PAT (Profit After Tax) is 5k. Always keep this in mind when trading and investing.

Now you know the basics of trading in FIFA 21 Ultimate Team. This knowledge will help you to get a kick-start at trading in FUT, and to minimize losses (that everyone who starts trading has).

@Mart10HD, a FUT Trader and content creator, made an E-BOOK on how to trade in FIFA 21 Ultimate Team. In The Ultimate FUT Trading Guide, you will learn how to make millions of coins in FUT, without spending FIFA Points. In this eBook, you will learn: