Everyone makes mistakes. You are not the exception. The most important thing is to learn with our past experiences. Follow these FIFA 22 recommendations, with 10 things to do and not to do on this new Ultimate Team campaign.

FIFA 22 Recommendations – 10 Things To Do

What you definetly should do on FIFA 22

01 Use your Coin Bonuses!
For most people, this is something they’d never forget so here is a friendly reminder! Coin bonuses are a massive blessing early on in the year and can allow you to sign a few marquee players! This year you can find these items on Seasons rewards and as a welcome-back reward.

02 Do your Research on SBC’s
SBC’s can be a huge coin sink, but they can also be a huge opportunity to make money! Some SBC’s for some of the league one’s are also always pretty much guaranteed to make you some coins with the potential of a great pull! You don’t need to be scared of SBC’s, just make sure you do your research and you could be about to hit a gold mine!

03 Learn in Defeat!
Potentially the most controversial point of ‘thing to not do’ is rage quit! People say you aren’t having fun when losing so may as well rage quit. The other argument is who cares about 5 k in the long term. The 5 k argument is an argument of adding up every rage quit and multiplying by 5k you’re left with a lot of lost coins. The not having fun in defeat we totally get, we are with you guys. However, if you can try and take a positive attitude towards it and see where you are going wrong we can guarantee you with 100% certainty you will improve at the game. This, in turn, leads to more wins and winning is fun right?!
We’ve played lots of people who I beat and they say it was purely down to luck, we play again we win, rinse repeat. It’s always luck apparently. We can see where they are going wrong, they ignore us say it’s just the game and bad luck. They don’t improve. We’ve played people worse than them who are willing to listen, guess what they vastly improve and become better than naturally better players. We get not everyone is competitive and doesn’t care to be Gorilla or whatever, but we haven’t met a person who finds losing the fun. Try learn in defeat = win more = more fun.

04 Sell your Players at Peak Price
Selling your players at peak price is so key to making coins in UT. Don’t get greedy for a few thousand coin profit and risk losing tens of thousands. Yes it may come off, but play it safe make the profit and keep doing this and you’re going to earn a lot!

05 Watch Tutorials, Learn What’s OP
The timed finishing was insane last year, but most of the players didn’t know how to use it! Tutorials are a fantastic way of adding new parts to your game that can make a difference. Go watch Twitch streams with better players, check out YouTube tutorials that offer sound advice, it’s a fantastic way of improving your game and you might learn a few things you didn’t even realise existed!

06 Find a Style that Suits You, Don’t Copy the Pros!
We aren’t pros for a reason guys so why try to replicate them in a worse way? We get this sounds somewhat counter-intuitive to point 5 but hear us out. Yes, there are OP mechanics but we see so many people trying to replicate a pro’s game or custom tactics with no success.
The pro’s style works for them because they are so good and it suits them. It won’t suit most people and will just lead to you not improving. Finding your own style and players that suits you will not only lead to more fun and enjoying how you play, but more wins equalling more coins. There is a reason when we play football we don’t try to replicate Messi, cause we ain’t him!

07 Build a Well Balanced Team!
It’s important when building a squad to ensure your team isn’t all attacking players or all defensive players. Have a playmaker who can dictate play, have a brute enforcer in midfield who can run for days.
There are many cheap beasts who can do this for you. A well-balanced team will lead to much more success and a better playstyle from you!

08 Pace your Weekend League Games Out!
30 games in a day are just not going to give you your best performance. Please pace your games out if you can! Take a break every few hours, make sure you’re drinking water to keep a clear head. It’s vital you perform at your best when against quality opposition and you can’t do this playing dozens of games in a row!

09 If You’re Gonna Buy FIFA Points, buy the early!
Early on you are far more likely to make more coins than at any other point in the game. Players that are worth 2,000 coins in a few months can be worth between 10-22,000. The pack weight is worse for elite players but when is it ever good? Spend your FIFA points early if you’re sure you want to buy them and you will get a lot more coins early on. 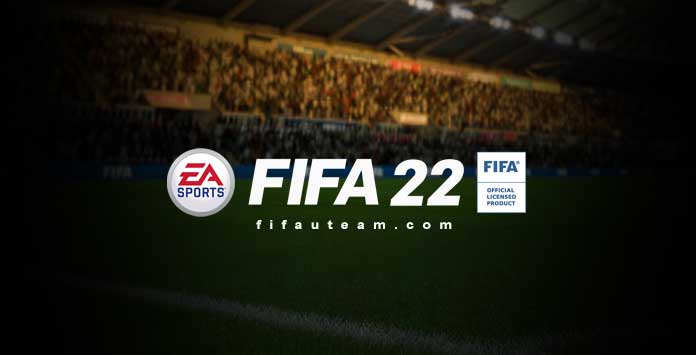 FIFA 22 Recommendations – 10 Things To Not Do

What you definitely shouldn’t do on FIFA 22

01 Don’t Keep Swapping your Team Around
It’s so easy when we see a new player that we just have to try out to dismantle our team and build a new one just for him.
Every time this happens we lose 5% on EA tax and probably our players have lost value anyway! If you’re desperate for one player maybe try him off the bench first so you don’t have to build a team just for him.

02 Don’t do Every SBC
SBC’s were a great new form of content on last year’s FUT and some were great value. However most were not and most were just coin sinks. If you’re 100% certain you want the player in the SBC, be our guest. Most likely though you’re just wasting your coins on a player you’re not going to use much and screwing yourself out of coins in the long run!

03 Don’t Rage Quit Games
It’s very easy to get angry at this game and just quit. However, you could be missing out on an epic comeback! We’ve had numerous comebacks from 2, 3 even sometimes 4 goals down. Momentum can change and you can have a miracle comeback.
More importantly, though you mess up your DNF modifier. It might not seem like a lot but every rage quit can cost you between 3-5K coins! Early on this can mean a lot. Don’t give into the rage, you are better than that!

04 Don’t Invest All Your Coins in One Player!
We have all been stung by this one, but investing your coins in one player is a major risk unless you are 100% certain. If they don’t get the inform you was sure they would you could be set to lose so many coins. Even if they probably will sell at their peak price and make profit 🙂

05 Don’t Send Toxic Messages!
Sending toxic messages is not something most people would ever dream of doing or saying at all in real life to a person’s face. However, FIFA makes us angry and not act rationally sometimes. Don’t be the guy who gets banned for a few weeks or even loses his account cause you can’t keep your cool.
If you struggle with this maybe turn off being allowed to message people who aren’t on your friends list.

06 Don’t Tilt!
It’s scientifically proven that tilting will make you play worse! Your brain starts to use some of it’s power to concentrate on the stress and anger and you lose even just a few% of your ability that could win you that game.
Sometimes people are just better than you, sometimes there will just be stupid goals or gameplay you couldn’t have stopped. Tilting won’t help and we know it’s cost us games before. Relax and find a way that can until you, you wanna be at your best!

07 Don’t Go All on Attack at 1-0 Down
We see this so many times that people lose games they could have easily won cause they tilted or panicked after conceding and gave away so many easy goals. Don’t be that guy!
A game is not lost at 1-0 even 2-0. Stay calm play your natural game and you are far more likely to win! Don’t go for broke unless the game is nearly finished.

08 Never Waste your Coins on Packs!
This should be obvious to most people, but we still see people doing it. Yes, you may very rarely make your coins back, but 99 times out of 100 you are going to lose lots of coins, just don’t do it. BE SMART!

09 Don’t be Lazy with Transfers
Why do people put players up at inflated prices? Because people are lazy and don’t search and buy them! If you waste 5,000 coins a day by being lazy over 3 months that is nearly 500,000 coins you’ve lost! That could buy you Messi and Neymar right now!
Don’t regret being lazy and losing your valuable coins!

10 Don’t Save up your Coins all Year to Never Use Them
FUT is a 12 month cycle. Most of us won’t even play it for more than 4 months! Even if you play it for every month each month is worth about 8% of the year. If you play it for 6 months and save up all your coins for 2 months waiting for something that’s 40% of the year you have spent not using your coins!

This text was written by Zelonius, an English streamer and youtuber who regularly finishes top 100 in FUT Champs and has been playing FIFA since 2002.