FIFA 23 Winter Wildcard is an event that Electronic Arts organises to celebrate the holiday season. It replaces FUTMas and Freeze, and includes very interesting offers.

More details about the returning of this promo will be announced and published later.


The FIFA 23 Winter Wildcard event features several offers, including special items in packs, SBCs and objectives. To know which promo packs are available, go to our dedicated page.


You can get a good idea about which offers will be available by looking to the past years offers.
FIFA 22
FIFA 22 Other Special Items SBCs
One Party Bag available via SBCs.

Swaps
25 tokens available by buying on the FUT store, completing SBCs and objectives, which can be swapped by six rewards, including packs and WW players


During the event, Winter Wildcard items are released on the following dates: 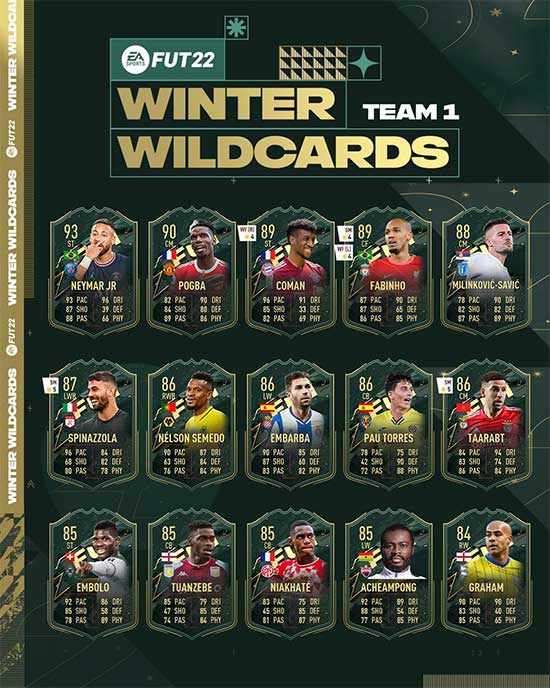 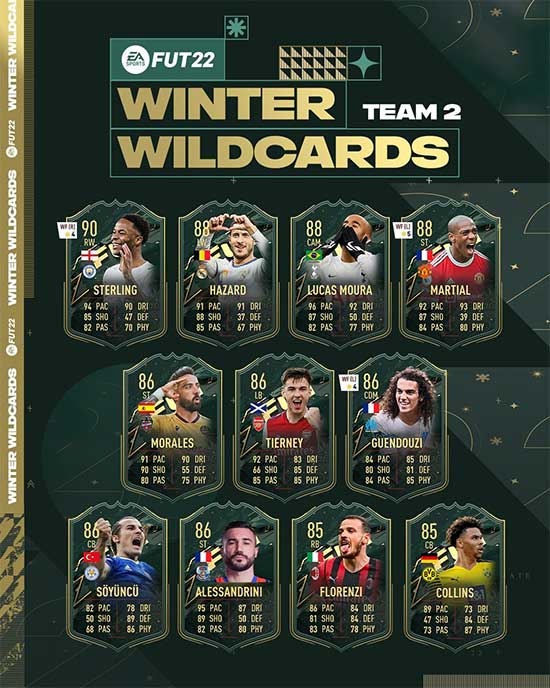 Frequently Asked Questions
FIFA 23 WInter Wildcard cards are a Special item category assigned to a limited selection of players, replacing their regular cards at specific times. These cards feature ratings and stats boosts and can be earned in packs, objectives, and daily SBCs.
FIFA 23 Winter Wildcard items are released with an upgrade on rating and boost as most of the special cards.
Winter Wildcard items can’t be upgraded. Their stats are permanent, remaining unchanged until the end of the game.
You can get FIFA 23 Winter WIldcard items in the same way as any other card: in packs or on the transfer market. If you want to try your luck on packs, you can go to the store and buy them with coins or FIFA Points. They can be found in any pack with players’ cards, including free packs. Completing daily SBCs and specific objectives may reward you with a Winter Wildcard item.