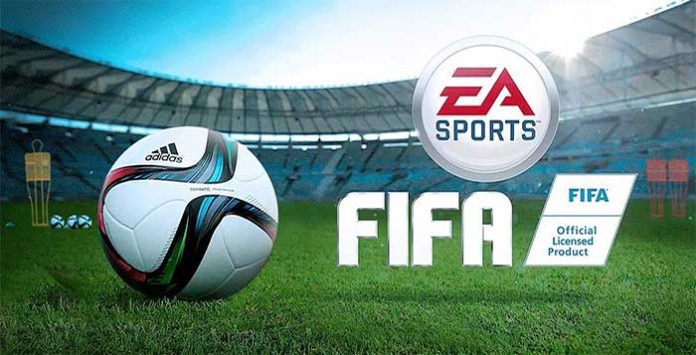 The first title was released in 1993 but FIFA’s franchise history has started much earlier. In this page, you can find key dates of one of biggest video game franchises ever made.

A potted history of how an ‘experiment’ became a behemoth

You regard it today as the world’s biggest sports video game franchise, an unstoppable series that commands recognition and respect the world over. But it wasn’t always that way. Here are the key dates in FIFA’s history – a kind of FIFA Timeline – how it started off small, before becoming a global giant.

1982
Electronic Arts is founded by Trip Hawkins, leaving Apple Inc. to do so. Initially, it was known as Amazin’ Software, but that was ditched.

1983
Hawkins decides to package his products in square CD-style boxes with ‘album art’ on the front. This fitted in with EA’s philosophy to celebrate their developers as rock stars.

1984
Having been rejected by his favourite NFL player, Joe Montana, Hawkins agrees an endorsement deal with retired coach John Madden, who envisions it as an educational tool. It is released four years later.

1991
Hawkins transitions from EA to form a new console platform, the 3DO – short for three-dimensional operating system. Despite being founded in partnership with the likes of LG, Panasonic and, of course, EA, the firm went bankrupt in 2003, without major success.

1991
On the back of Madden’s popularity, and subsequent releases in Golf and Ice Hockey, the Electronic Arts Sports Network, known as EASN, is formed, as a sports branch of the by now successful EA.

1995
FIFA 96 is the first title in the series to use real player names, after securing the FIFPro license to their rights. This was a significant early step to attracting gamers, despite fierce competition elsewhere.

1997
An early sighting of the depth EA Sports would strive towards, as FIFA: Road to World Cup 98 game secures the long-desired World Cup rights, and celebrates by including all 172 FIFA-registered national teams.

2010
The FIFA series reaches more than 100 million sales, confirming its role as the biggest-selling sports game on the market – as well as EA Sports’ most profitable game.

2015
Female teams were added to FIFA for the first time, with 12 of the women’s national teams from the 2015 World Cup playable in the new game.

2016
For the first time ever, a game story mode was added to FIFA. The last of the three episodes was released on FIFA 19.

2016
FUT Champions, a competitive game mode, was added to FIFA.