Knowing how to manage your squad’s fitness is one of the keys to becoming successful in FIFA 18 Ultimate Team. In this guide, we analyze the several options you can follow.

How to Manage your Squad’s Fitness in FIFA 18?

How to always have a fresh team to play

Knowing how fitness varies is, of course, very important, but on practice what really matters is knowing how you should manage your players’ fitness. They get tired all the time and you’ll have to know how to deal with it. It’s not possible to keep the exact same team playing consecutively without doing anything to restore their fitness, because sooner or later they will get dead tired and start to walk instead of running, and this would surely influence the match results.

Although it is possible to play with low fitness, we recommend that you avoid using players with fitness lower than 90 if you don’t want to lose performance.

Let’s analyze all the options you have in order to manage your squad’s fitness properly in FIFA 18 Ultimate Team:

Your squad’s fitness condition management shouldn’t only start when one of your players get fitness lower than 90. It should be planned from the beginning of your team building process. This is why it is important that you get to see the various methods there are for you to manage your players’ fitness properly. It doesn’t mean one of the methods is necessarily better than the others. You don’t even have to stick to one method. You can use more than one at a time. It depends on your preferences.

In order to ease interpretation and analysis, the following board shows you the advantages and disadvantages of each method:

Almost every player that has been starting to play Ultimate Team follows one very basic strategy: every time a player finds itself with low fitness you apply him a fitness card. For every two or three matches played you restore his fitness. Although, quickly you’ll realize this isn’t very economically adequate. Even being a fitness bronze card worth around 400 to 700 coins for the whole squad, you’ll have to get one for every two matches since all players don’t lose the same amount of fitness through time, and this will make applying squad fitness cards a more expensive alternative than buying individual cards for those players that get tired first. If you add up this to the contracts you spend, you’ll realize your profit is nullified.

Using fitness cards is easy, quick and extremely simple because it doesn’t require you have a big squad. There will always be the same players. Although this strategy might not be recommended because of its costs, truth is that it’s a good option for certain situations, like when you need one more win to reach a higher tier in FUT Champions. In these cases they should be seen as a good investment. You might want to get your best players fresh and ready.

Different than what happens with the contract cards, fitness cards are dispensable if you choose another way to manage your players’ fitness.

When a player rests during a match his fitness is restored, except if it’s a friendly. Then why not use the less important matches as an opportunity to give your main players a rest? This is what many people do. They use their “starting eleven”, the main players, to play in the most important competitions such as FUT Champions, and as soon as they need some rest, usually after two consecutive matches, they use alternate teams on low difficulty matches, like Squad Battles. In order for this to work, the players that need fitness restoration must be amongst the squad’s substitutes or reserves.

This is a very popular method, especially for people that like to be always using their favourite players. It allows changes that don’t affect the squad’s chemistry, it doesn’t require coins and it’s an easy process overall. The biggest problem is having to interrupt the competition you’re playing in. Most of the time playing these other types of matches isn’t very interesting because you might want to keep playing the competition in sequence. On the other hand, the score can be a disaster because matches with very different difficulties tend to affect our concentration and motivation: easy matches decrease our commitment to the next one while very hard matches lower our confidence. The worst thing is when you lose a match that was supposed to be easy. We get so angry that it definitely affects our performance for the next match and it goes on and on like this. When we’re playing the same competition consecutively this doesn’t happen so often.

In real life, the coach uses substitutes and reserves so they can give some of the starting eleven a rest. It’s the same principle for you to manage your squad. For each position, you should have a substitute. When the main player gets injured or has low fitness, his substitute is there to cover for him. Once you have eleven on the pitch and 23 on total, there is one left for you to change tactics. According to the tactic you’re using, you may not even need a substitute for each and every player. For example, in a 3-x-x one, having 5 centre backs is enough.

One of the difficulties of using substitutes to run a team is the fact that not all players get tired at the same speed. It means that from match to match there will be players that are supposedly part of the starting eleven going for a rest and eventually going back. Concerning the chemistry, management gets pretty tough. You should be experienced for that. It makes you have a squad based on the same league or nationality, which is not very good for the team’s quality overall. After all, there is always the risk of you not having players equally good for each and every position. If you don’t use players of the same league or nationality, it turns out to be a bigger challenge. Building a hybrid team where all players need to have good connections for all combinations possible becomes a true puzzle.

Option 4 – Using an Independent Team of the Same League/Nationality

As alternative for using substitutes to run your squad, you can go on and use an independent group of players. You play normally using your main players and then, as soon as they start to lack fitness, switch them to a whole new group of players of the same league/nationality; use them in a match or two so your main players can restore their fitness. Different than what happens in the previous method, you end up using your favourites less often since you have to give all of them a rest even if only a few need it.

By choosing to build that second team based on the same league or nationality as the starting eleven’s, you’ll be avoiding the risk of having to change the whole team for the next match in case any player gets injured or suspended. Besides, for exceptional cases, you’ll be able to choose to restore a player’s fitness in particular by resorting to that second team. On the other hand, you’ll have fewer options because you’ll be limited only to one league/nationality. For this case as well, the tactic you’re using can make some major influence. For example, good centre-backs are found more frequently than good right and left backs, because of that a 3-x-x formation will ease your squad’s management.

Option 5 – Using an Independent Team of Another League/Nationality

The last option we give you is nothing more than a variation of the previous. You play using your main team and, when you need to restore a single player’s fitness, switch the whole team to a second team that’s totally independent, but has nothing to do with the main one. It is known as fitness squad. Normally this means you’ll be using your main team for about two matches before you have to switch them, but in this case, it’s not so bad because you won’t be limited by the chemistry and you’ll be able to build a second team that’s as good as the main one. In other words, you just have to get two or more strong teams and alternate them between the starting eleven and the bench (subs+reserves) according to the players’ fitness. Out of the 23, there’s even one space left able to help a potential injured or suspended player, or an extra one that needs fitness restoration. If you need to change more than one position, there’s no problem on using a substitution during the match for a player that’s resting on the bench, because he’ll get the individual chemistry from the one that started playing.

One of the bad things about this method will be the conditions you might have to follow when you build your teams. Although they’re based on different leagues and nationalities, there can be elements that are common for both teams and you’ll have to choose one because the same player can’t be in the starting eleven and the bench simultaneously. Building two teams based on two different leagues instead of one league and one nationality won’t be enough to avoid this problem because of transfer seasons, that can happen early in January. They can make one player have two different cards in the same league.

For people that can’t build a second team that’s as good as the main one, it may be mandatory for them to always be spending a few coins on fitness and healing cards due to them not having enough players that can directly substitute the starting eleven. 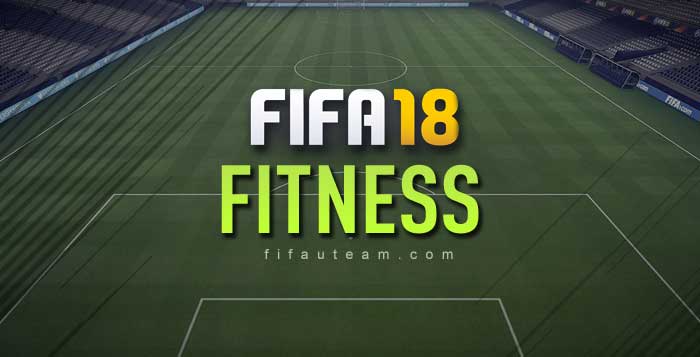 To know more about Fitness, click on the image

Switching from starting eleven to substitutes and reserves is quite a bit tiring, especially if you have to do it every two matches. There’s no need for all that work if you just create two squads in which the starting eleven and the bench are reversed. You just have to do it once. Get them ready, advance on the match menu and before searching for an opponent press Y (Xbox) or triangle (Playstation) to select the other squad. It takes no more than 5 seconds.