FIFA 14 gameplay will have some things new. Teammate intelligence and protection of the ball will be improved, but the major changes will be in the FIFA 14 Pure Shot and Ball Physics.

The combination of Pure Shot and Real Ball Physics will open the door for the most rewarding and varied shot selection in the FIFA franchise to date. These two new gameplay features will transform the way goals are scored and make every shot feel real and rewarding. Find out how it will be.

Pure Shot will let FIFA fans feel what it is like to connect with the perfect strike.

Pure Shot was developed to enable players to feel the same emotion of scoring great goals in FIFA 14 that your favorite striker does on Saturday mornings. The best goals are a combination of perfect timing, anticipation, and great positioning. Fans will be rewarded for all three in FIFA 14. Players now adjust their approach angle when the shot is started looking for a more suitable angle for hitting the ball. They also understand the phases of shooting and will adjust their stride and pace to hit the ball.
Players will try to set up for the best possible shot, but that will vary depending on where they are on the pitch and how the ball is delivered to their feet. Players will take what is available to them and that may mean taking an off-balanced shot or taking a rushed shot which can hinder the accuracy and strength of their attempt. New animations will support this and the foot sliding, skipping and scissor legs that can be seen in FIFA 13 will be eliminated.

In FIFA 14 your player will be able to prepare himself much better when taking a shot. You’ll be able to take quicker snap shots catching your opponent off guard, the shooting will feel much more crisp and rewarding and you can even hit shots whilst off balance or under considerable pressure. Some new animations have been added to smooth the whole shooting process out and make it look a lot more authentic.

You can take a look to the differences between FIFA 13 shots and FIFA 14 shots in the following video: 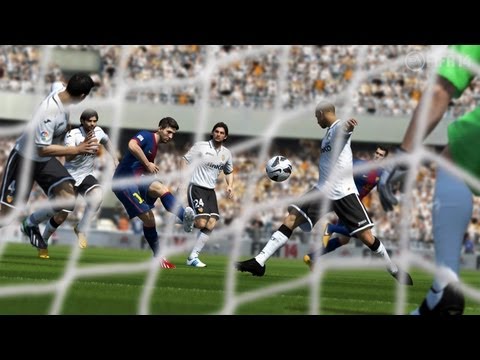 Real Ball Physics now determines the trajectories of balls, enabling players to kick the ball with force from distance, drill low rising shots with accuracy, and blast dipping or turbulent shots, just like real players. It provide you more authenticity and much more control over passing and shooting.

The ball in FIFA 14 acts as it would in real world football, thanks to authentic ball physics based on new formulas which dictate the flight path and trajectory of a shot. Both were overhauled for FIFA 14 to match how the ball moves in space. This opens the door to more shot options. Players will now be able to strike the ball with force from distance, drill low rising shots with accuracy, and blast dipping, or swerving shots. There are also turbulence effects. None of this was ever possible in FIFA 13. Real Ball Physics allow players to strike the ball with more force and finesse. The more realistic ball trajectories will allow for low rising shots with accuracy and dipping/swerving shots.

The new ball physics will allow the ball to take less rigid paths in the air, with 3 new flight paths: low rising, dipping and turbulent.

You can take a look to the differences between FIFA 13 ball physics and FIFA 14 ball physics in the following video: 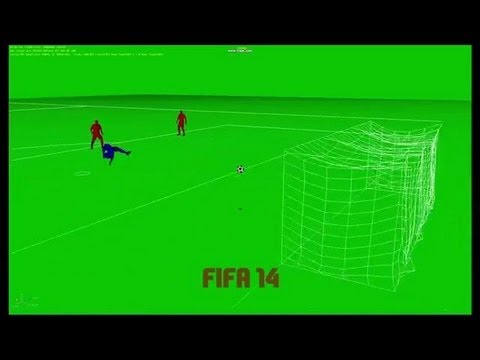 Pure Shot and Real Ball Physics are bound to make every shot attempt feel real and, when players connect with the perfect strike, exhilarating. Players will truly experience the emotion of scoring great goals.