For most of the FIFA community, FIFA 18 didn’t featured enough clubs. They expect the most realistic football video game possible and want to see new FIFA 19 teams. You have the chance to show EA Sports which clubs should be officially licensed for the upcoming FIFA game. Vote for your favourite teams and help them to make part of the next FIFA franchise game.

Before anything else, we will publish the list of clubs included in FIFA 18. That way, it will be easier for you to see which ones are missing (a complete list can be checked here).

Vote for Your Favourite Clubs

Now, that you know which ones are missing, it’s time to show your support for your favourite clubs, dropping your votes to be added as new FIFA 19 teams. Which clubs should be added to the game, at least on the ROTW section? Which clubs should be fully licensed? You can cast your votes once per day, so remember to come back to this page regularly, to vote for new FIFA 19 teams.

THE POLL IS NOW CLOSED. FINAL RESULTS ARE DISPLAYED NEXT 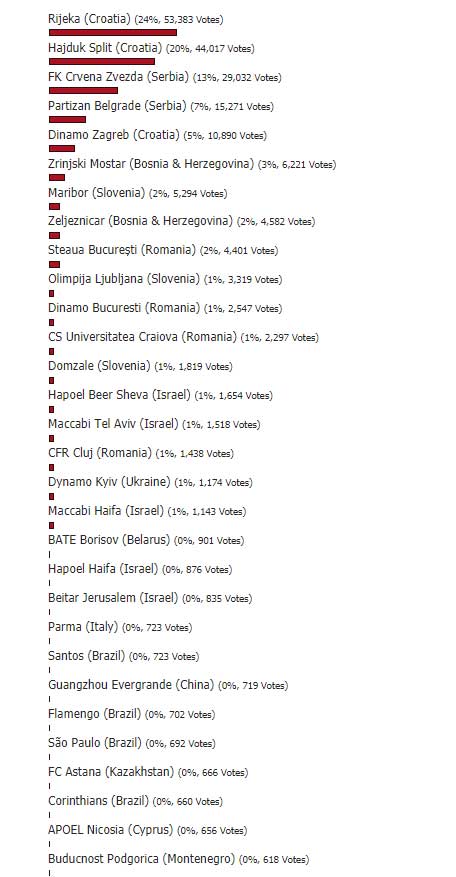 When you vote honestly, everyone wins: you have the chance to help your favourite club to become part of the new title, and EA releases a game according to the community wishes. Let’s make FIFA a better game.