Discover what’s new in FIFA 22 Ultimate Team: new ways to progress and compete, more customisation on and off the pitch, and the return of football’s most memorable players.

There are several changes in FUT 22, including Rivals and FUT Champions Revamp. Let’s see in detail what’s different in FIFA 22 Ultimate Team. 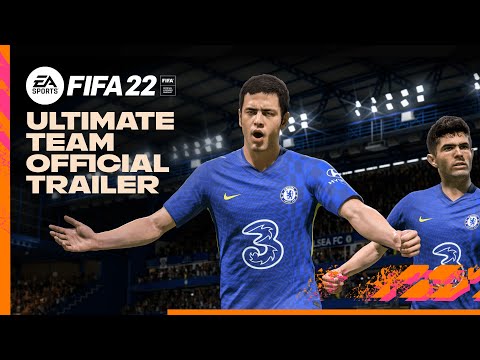 Advance through a new competitive structure in Divison Rivals – your chance to take on the FUT Community online. Win matches to progress through new stages, ranks, and divisions on your way to better weekly rewards. Stay at the right level for your skill with checkpoints and accelerate your progress with win streaks that get you further, faster. Division resets at the end of each Season in FUT 22 determine where you start your next Division Rivals journey.

Get rewarded for your performance each week and Season in FUT 22. Winning matches each week will increase your rank within a division and qualify you for better weekly rewards, while every match you play counts towards seasonal milestones – with end of season rewards based on the number of matches you play, regardless of wins or losses.

Beyond Division 1, a new Elite Division gives the game’s most skilled players a space to compete. Match up against other Elite Division players to improve your skill rating and leaderboard standing on the way to rewards, with the chance to qualify for the FIFA Global Series for the division’s top performers.

A new two-tier FUT Champions structure works around your schedule to make competing against the best players in FUT more accessible.

Expanded customisation options let you personalise your stadium and show off your unique style from pitch side to row Z, with a new VIP Area and enhanced crowd elements including Flags, Cards, and Banners that let you take your design to a whole new level.

Find that perfect combination more easily with improved Stadium Item management and search that makes it easier to get the look you want.

Give your club a makeover each Season in FUT with fresh themed content like kits and tifos available to unlock throughout the year.

A new way to experience FUT Co-Op and meet and play with other players, Co-Op Public Matchmaking lets you team up with other members of the FUT Community to take a custom squad made just for Co-Op Public matches into a FUT Friendlies Classic Match against other duos.