Xbox Series X is the new next-generation home video game console developed by Microsoft. Find out the Xbox Series X price, specs and how to pre-order it.

Everything you need to know about the new console

Xbox Series X is powered by our custom-designed processor leveraging AMD’s latest Zen 2 and RDNA 2 architectures. The new system on a chip (SOC) has been built from the ground up for speed and performance, with 12 teraflops of processing power and with compatibility in mind for four generations of games, including the launch title FIFA 21.

Re-engineered inside out
As we enter a new generation of console gaming with the Xbox Series X, hardware and software innovations enable the amazing possibilities for the future of games.

Designed for speed and performance
The Xbox Velocity Architecture unlocks new speed & performance capabilities through the groundbreaking combination of hardware, a custom 1TB SSD & CPU and deep software integration, to make for richer and more dynamic living worlds unlike anything ever seen before.

Play more, wait less
Gamers will experience more time playing and less time waiting as loading times will be greatly decreased thanks to the processing power of Xbox Series X. A new feature powered by the technical capabilities and the innovative Xbox Velocity Architecture in Xbox Series X, Quick Resume enables players to seamlessly switch between multiple titles and resumes instantly from where you last left off.

Here is the list of featured hardware in Xbox Series X consoles.

Textured grip
Stay on target with textured grip on the trigger and bumpers. Through the revolutionary new Xbox Velocity Architecture, thousands of games on Xbox One, including Xbox 360 and original Xbox Games, will experience improvements in performance, including improved boot and load times, more stable frame rates, higher resolutions, and improved quality. Here are a few examples of titles already confirmed for this console: 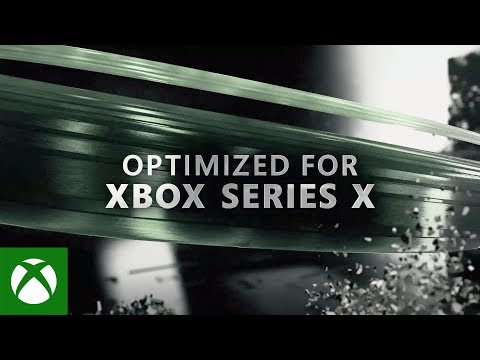 Xbox Series X and Series S will be available for pre-order from September 22, 2020. Both consoles launch were announced for November 10.

Xbox Series S will be the smallest Xbox ever released and it will cost £249 / $299. The Series X will be sold by £449 / $499. The upcoming console has been added to Microsoft’s Xbox All Access program, which allows you to finance an Xbox One S or Xbox One X for as little as $19.99 per month. All Access members can upgrade to Series X starting in Holiday 2020 once they’ve made 18 payments. You can compare both consoles clicking here.

You can pre-order both consoles clicking on the following links:
Serie S
Serie X