In preparation for FIFA 23, we have a scheduled maintenance on Sept 15, 6 AM – 8 AM UTC. During this time, you may be disconnected or unable to access online services.

Match creation will be disabled 30 min prior to the maintenance.

Titles impacted: FIFA 16-22 on all platforms.

We have a scheduled maintenance on May 26, 6 AM – 10 AM UTC. During this time, you may be disconnected or unable to access online services and modes, including FUT.

Match creation will be disabled 30 min prior to the maintenance.

Start: 17/09/2021 6pm UK time
Duration: 5 days
Services Affected: FUT Web App
Status: Finished
There isn’t any scheduled FIFA 22 maintenance but you can’t play? Maybe the servers are down. You can check yourself, anytime you want, if the servers are running without problems or not.
EA
PS5
PS4
XB X|S
XB ONE
EA

Follow these steps to check the EA servers status:

1 Click here
2 Click on ‘server status‘
3 Check if the server of your console is working or not.

Follow these steps to check the Sony Playstation servers status:

1 Go to this page
2 Check if ‘games and social networks’ are green.

Follow these steps to check the Sony Playstation servers status:

1 Go to this page
2 Check if ‘games and social networks’ are green.

Follow these steps to check the Microsoft Xbox servers status: 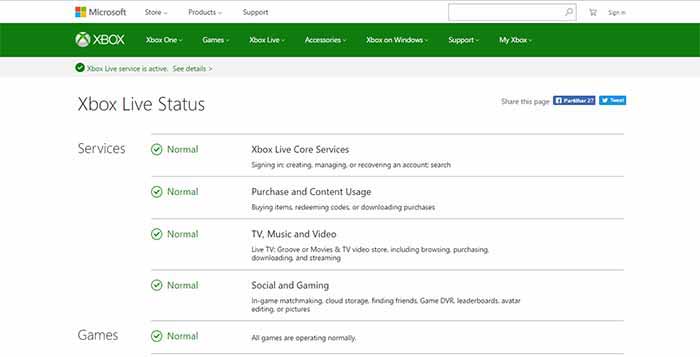 Follow these steps to check the Microsoft Xbox servers status:

Game data centers house the services that allow for online gameplay in the modes listed below, and they also provide some information that is used as part of the matchmaking process for these modes, but don’t do the actual matchmaking itself.

The following modes in FIFA use game data centers for online gameplay:
FUT Division Rivals
FUT Champions Weekend League
FUT Draft
FUT Friendlies (when not selecting the Play With Friend option)
VOLTA League
Co-Op Seasons
Pro Clubs.
2
Q: Why Does FIFA use Game Data Centers?
A: Game data centers are used so that someone else’s connection should not impact your own gameplay experience. This is because you are not leveraging a direct connection to another player to facilitate the match.

In Peer To Peer (P2P) online games, which don’t use game data centers, you connect directly with your opponent. While this can be useful when you’re playing an opponent very close to you physically, or in remote areas with few available opponents, P2P online matches mean that your opponent’s connection matters as well as your own, and can have an impact on your gameplay experience.

When you play P2P online matches in FIFA, your connection can only be as good as your opponent’s. If you’re playing against someone with poor Wi-Fi, your game will feel similar to theirs as you’re both sending the gameplay information required to play online to each other over that same connection.

The advantage of playing online with a game data center is that it handles the distribution of gameplay information to all of the involved players. The game and game data center look to collect inputs at a set interval of time, then the game data center sends this information back to everyone else in a match. This happens at the same time for all players, with the players’ individual connections determining when they receive that data.

So if one player is streaming 4K movies and is trying to play on a weak WiFi signal, their experience may be impacted by these factors, but it shouldn’t impact anyone else in that match. The game data center still sends the information at the same interval.

Before implementing a new game data center, EA carefully analyzes the long term effects it would have on the players in the surrounding region, since simply adding more doesn’t automatically result in a better player experience.
4
Q: Where are the FIFA Game Data Centers?
A: FIFA 22 currently has 18 game data centers across the world. 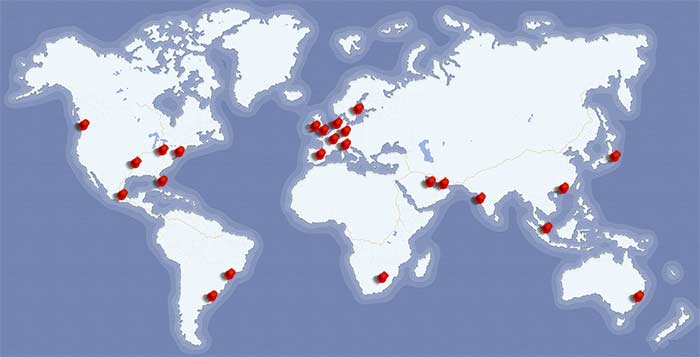 5
Q: Am I connected to the nearest Data Center?
A: FIFA 22 will always try to have you play matches on your best game data center when playing online. Although that is often the nearest one, this is not always the case.

Internet service providers (ISP) generally don’t send data from Point A to Point B directly. They route this data across locations, sometimes even the whole world. This can be a physical networking infrastructure limitation of some ISPs, or part of their business model. These types of decisions are ultimately handled by individual ISPs based on their unique needs and situations.

So in some cases, your connection to a game data center that’s not your nearest one is the best connection available in the moment. It is also possible for your connection to be routed elsewhere if there are internet issues impacting the route that your network traffic would normally take or if one of our game data centers is experiencing technical problems.
6
Q: Why do the EA Servers go down?
A:  The FIFA EA Servers can go down for a multitude of reasons. To simplify, in times of very high traffic the servers sometimes don’t have the capacity to handle all the requests. Also, EA often take the servers down for FIFA 22 maintenance as sometimes there are faults within the game which need to be fixed. In other circumstances the servers go down for unexpected reasons, such as faults which need immediate attention.
7
Q: Can the FIFA EA Servers go down for just one platform?
A:   Yes, EA has the ability to shut the servers off for any platform. They can perform a FIFA 22 maintenance on just one console at a time.
8
Q: Servers are online but I can’t play it. Why?
A: It’s possible your account may have been banned or temporarily blocked. Try asking a friend to see if they can connect to the EA servers before pursuing further options.

If your account is in good shape, follow our suggestions to improve your connection.
9
Q: Can I stay signed into FUT on console and apps?
A: You can only access FUT on one system at a time. You will need to sign out of one, or both and try to sign in again. There is a short delay until you can access the web or mobile companion app after signing out from a console.
10
Q: The Web App is asking for a code. Are servers down?
A: No, not necessarily. As well as your Email Address and Password, you will often have to enter your secret answer or a security code. The security code is sent to your Origin email and once entered enables you to login to the official FUT Web App and Mobile Companion apps. The EA servers may be down, but having to enter a security code is certainly not an indication.
11
Q: When does FUT maintenance occur?
A: FIFA 22 maintenance can occur at any time and is usually announced before it takes place. You’ll find all the live updates on this page.