ROAD TO THE FINAL

ROAD TO THE FINAL DATES

FIFA 22 ROAD TO THE FINAL OFFERS

This calendar lists all FIFA 22 Road to the Final promo offers.
RTTF TRACKER

RTTF Offers from previous years.
Click or tap on the edition you would like to know the offers.
FIFA 21
20
19
FIFA 21 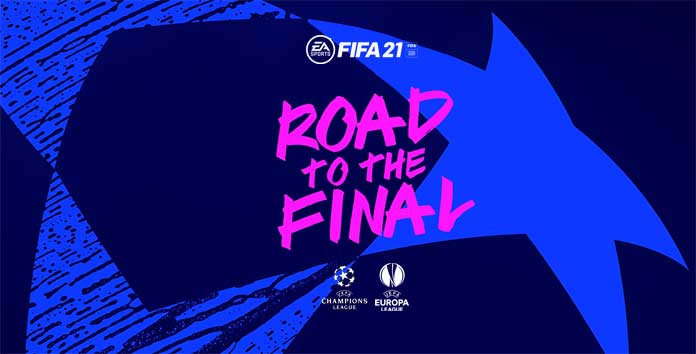 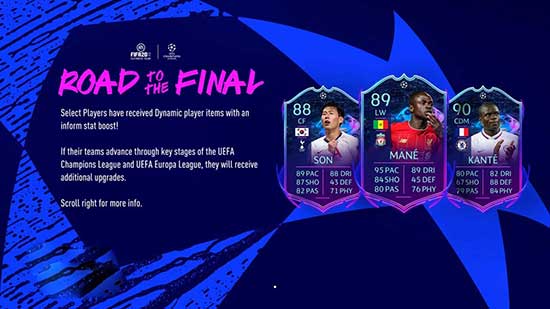 During the event, two teams of RTTF player items are released, plus two mini-releases. 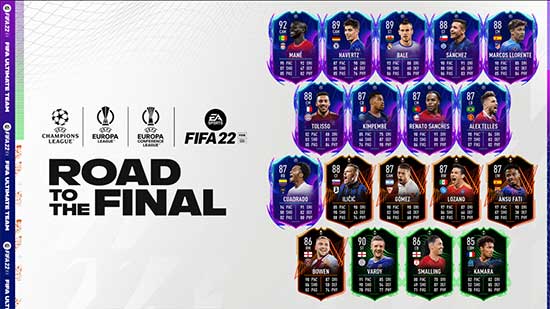 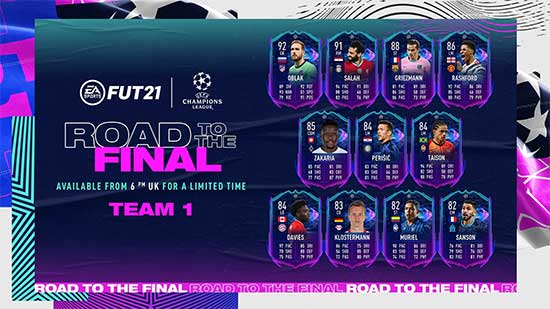 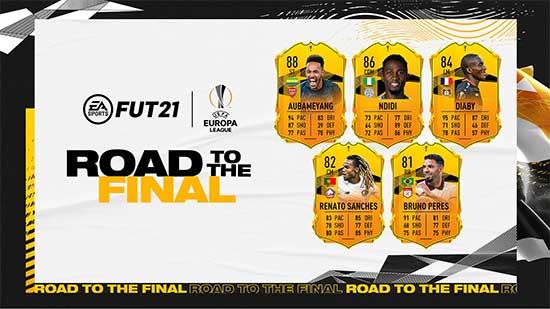 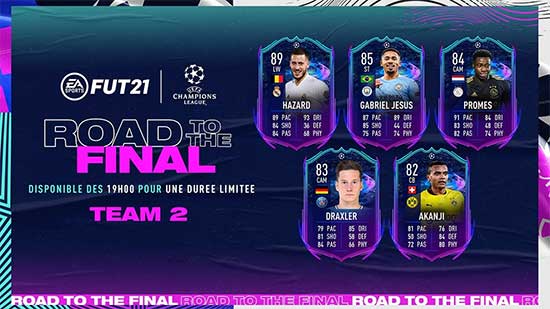 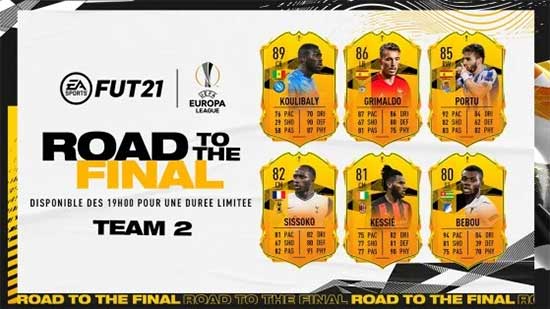 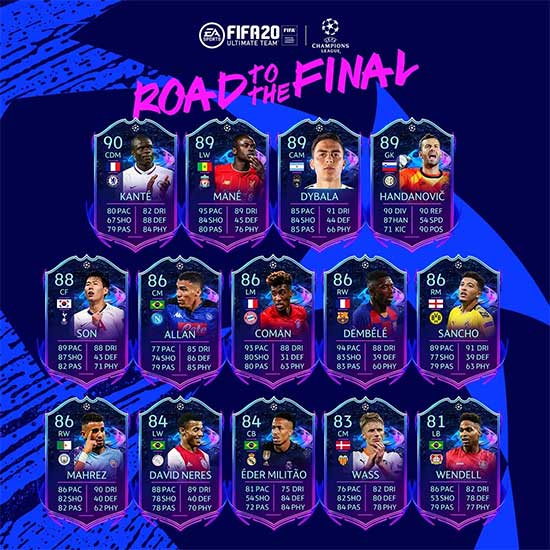 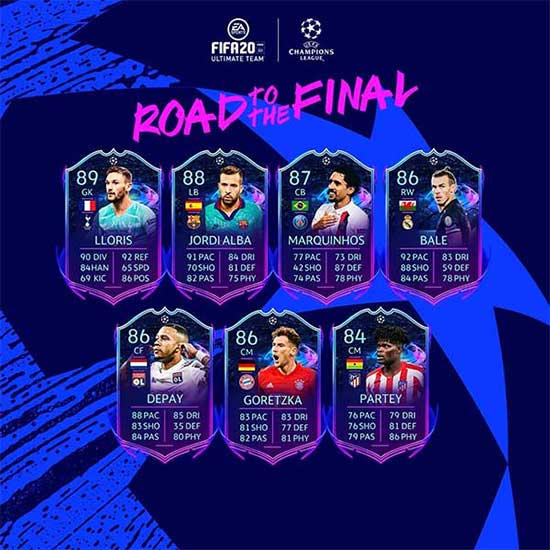 FIFA 22 Road to the Final FAQ section.
1
2
3
4
5
6
7
8
9
10
11
1
Q: What are Team of the Final items?
A: RTTF items were introduced in FIFA 19 to celebrate the UEFA Champions League, UEFA Europa League and UEFA Conference League Knockouts Stage.
2
Q: How many players receive one of these items?
A: 18 RTTF items are released in packs and additional items are also available via SBCs and objectives. During these promo, a mini-release of 4 players each is out on Sundays.
3
Q: How do RTTF players earn upgrades?
A: In addition to an initial upgrade for every player selected in Road to the Finals, players also have the potential to earn additional upgrades during the Knockouts Stages. If the team wins or advances at select times during the competition, the player gets an upgrade regardless of their individual performance. The better his team performs in real life, the higher his ratings become.
4
Q: How many upgrades can RTTK item is eligible for?
A: A player can receive a maximum of five upgrades throughout the season:
1) Winning in the first leg of Round of 16 2) Advancing to the Quarter-Final 3) Advancing to the Semi-Final 4) Advancing to the Final 5) Winning the Final
5
Q: What happens if a team has already played a knockout round match?
A: Matches played in either the UEFA Champions League, UEFA Europa League, or UEFA Europa Conference League before the start of the campaign on February 18 will not count towards the first possible upgrade. If those teams win the second leg of their knockout round match, they will earn the first upgrade.
6
Q: Does a player need to play for their club to earn upgrades?
A: No, Road to the Final players do not need to have played for their team to receive any upgrade that they are eligible for.
7
Q: What happens if a player transfers or stops playing for a club in the tournament?
A: If a player is no longer registered for the club they represent at the start of the Road to the Finals campaign they will not be eligible for additional upgrades.
8
Q: What happens if a player’s club is knocked out of either of the tournaments?
A: If a player’s club is knocked out of any of the tournaments they will not be eligible for the qualification upgrade.
9
Q: How long will it take for the attribute boost to be applied to a player item when an upgrade is earned?
A: Any Road to the Finals item upgrades can take up to a few days to update in-game.
10
Q: How can I get one of these cards?
A: You can get an RTTF in the same way you can get any other card: on packs or on the transfer market. If you want to try your luck on packs, you can go to the store and buy them with coins or FIFA Points. They can be found in any pack with players cards, including free packs. Obviously, the chances of finding one of these cards are higher if you open a pack which contains more player cards. Completing specific SBCs and objectives may also reward you with a RTTF item.
11
Q: Which offers can I find during the RTTF event?
A: Dynamic items, squad building challenges, objectives and promo packs available on the FUT store.