There are new FIFA 23 gameplay features which improve your gaming experience, especially if you are running it on a next-gen console. We will explain, one be one, all of them.

Power Shots
A new skill-based, risk versus reward shooting mechanic brings football’s most powerful and impressive shots into the game. Create space away from defenders, pick your spot and trigger a power shot to add additional power to your strike and a chance of the spectacular.

Redesigned Set Pieces
A set piece redesign gives you more control over free kicks, penalties and corners, allowing you to choose where you make contact on the ball to change direction, trajectory, curl, and more. Plus an update to camera positions on corners better reflects the drama of dead ball situations.

Advanced Impact Physics
Advanced Impact Physics makes players’ individual limbs more naturally affect the outcome when defenders block the ball in FIFA 23. Deflections and blocks from defenders and goalkeepers’ arms, legs, hands, and even fingers will now have more realistic outcomes determined by the impact of the ball upon them, as they absorb the power of the shot to affect the ball’s path and create more visually authentic deflections based on the speed and force of each individual strike.

Net Interaction Physics
New net physics reacts to the motion of players, responding to individual limbs and creating more natural interactions with the net as players run, slide, or fall into the goal.

Player Awareness
A new collision prediction system enhances players’ awareness of the pitch, allowing them to move intelligently to avoid tackles and collisions.

Defending
Hard clearance slide tackles, physical tackles, and even backheel tackles give you more ways to defend against oncoming attackers. 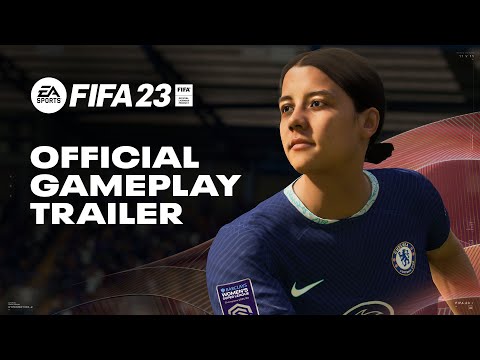 Groundbreaking new HyperMotion gameplay technology elevates every match across every mode in FIFA 22 only on PlayStation®5, Xbox Series X|S, and Stadia.

Machine Learning
Advances to our cutting-edge and proprietary machine learning algorithm create more football realism in FIFA 23, learning from a cumulative 9.2 million frames of advanced match capture and writing new animations in real time to create natural football motion across a variety of interactions in FIFA 23.

Full Team Authentic Motion
Data captured directly from the pitch in both a men’s and women’s match results in a combined total of over 6000 HyperMotion-enabled animations that make players move and play more responsively and realistically than ever before in FIFA 23.

Composed Ball Striking
New animations powered by HyperMotion2 allow for more natural transition between controlling the ball and shooting. Combining precision and fluidity, longer high-quality animation creates one continuous motion as players trap the ball, rotate, and strike the ball towards the target.

Technical Dribbling
A brand new dribbling system, informed by machine learning between every touch, delivers next-gen visuals and natural motion with the ball at your feet. Whether you’re taking on a defender for pace or keeping the ball close to turn away from an opponent, ultra-responsive Technical Dribbling makes the world’s-best move more fluidly than ever before.

Accelerate
New ACCELERATE acceleration mechanics provide an added layer of personality to how players reach their top speed in FIFA 23. From explosive acceleration off the mark to more controlled or lengthy changes of pace, players will now reach full speed at different rates to create more variety in player movement and gameplay in FIFA 23.